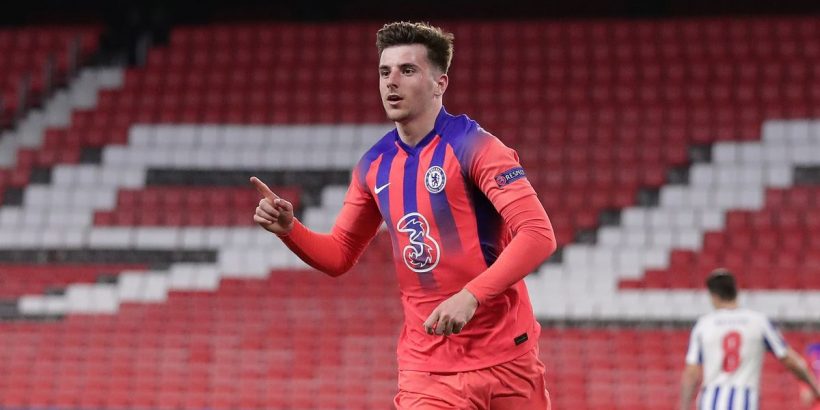 Chelsea fans are lauding Mason Mount as the 'best young attacking midfielder in the world' after his incredible goal against Porto.

Mount opened the scoring in the first-leg of Chelsea's Champions League quarter-final with a sublime strike after 31 minutes.

The Blues star received the ball on the half-turn before striding into the box and unleashing an unstoppable shot into the far corner.

One Chelsea fan labelled Mount as "the best player on this team" with an "absolutely world class touch and finish."

While another claimed "Mason Mount is better than the youngster you believe to be the best in the world."

Others were keen to compare Mount with Manchester City ace Phil Foden, who scored against Borussia Dortmund on Tuesday.

One supporter tweeted: "Mount over Foden any day", with another saying "Mount is miles clear of Foden."

Another added: "Mason Mount is a more exciting talent than Phil Foden and you can't change my mind."

Mount has been in fine form for Chelsea this season, earning plaudits from both Frank Lampard and Thomas Tuchel. The 22-year-old has made 41 appearances for the Blues so far this term, scoring eight goals and contributing six assists.

He has also become a key component of Gareth Southgate's England team, playing 10 matches for the Three Lions since September.