Chelsea’s agreement with Morocco over Hakim Ziyech could prove to be the turning point in Frank Lampard’s season following a mixed start to the campaign. The former Ajax star is yet to feature in a competitive game for the Blues this term following his £38million move from the Johan Cruyff Arena.

Ziyech picked up a knee injury in the 1-1 draw at Brighton in pre-season and the problem turned out to be worst than initially feared.

The attacking midfielder has missed the opening four Premier League matches as well as EFL Cup clashes with Barnsley and Tottenham.

Now the 27-year-old is closing in on full fitness and was therefore called up by Morocco, despite his lack of minutes for Chelsea.

However, Lampard managed to secure an agreement with the Royal Moroccan Football Federation that meant Ziyech’s involvement was limited. 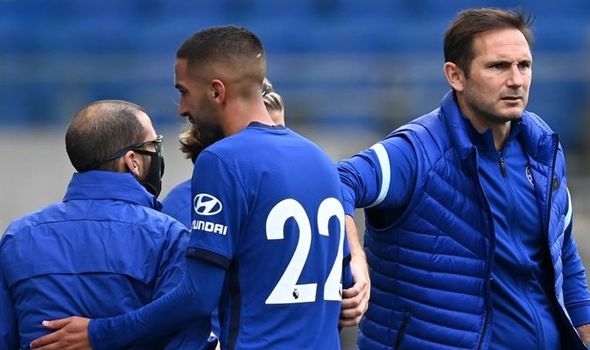 He played the final half an hour in the 3-1 win against Senegal on Friday after coming on as a substitute.

Ziyech then returned to Cobham early to focus on preparations for his Chelsea debut.

For one reason or another, Lampard’s new-look frontline has struggled to get out of first gear.

While Chelsea have scored plenty of goals, most of them have come from set pieces with Timo Werner and Kai Havertz yet to find the net.

Both look like they will need some time to adapt to English football but Ziyech’s presence has been sorely missed.

His arrival could signal the start of Chelsea’s season given that he has all the qualities to enable their attack to thrive.

Ziyech has the ability to dictate games with his crossing while his eye for a final ball can pick any lock and Werner is in dire need of service.

The three-time Eredivisie Player of the Year can play operate on the wing or as a No 10 and his return to fitness ensures Chelsea have another world-class option at their disposal. 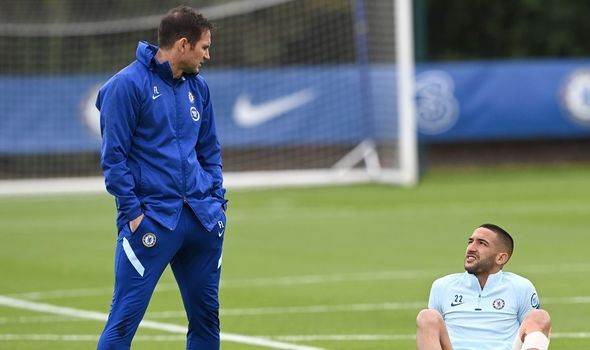 The Moroccan should have no problems adapting to his new surroundings given that he is already all too familiar with Stamford Bridge.

Last season he ran the show for Ajax in west London and was the best player on the pitch in the 4-4 draw in the Champions League group stages.

He scored and tormented the Chelsea defence all night with his vision, precision and unpredictability.

Those exact qualities can help gel this team together as they look to build on the 4-0 win over Crystal Palace before the international break.

Should Ziyech be ready for action, Chelsea will be ready to turn the corner.