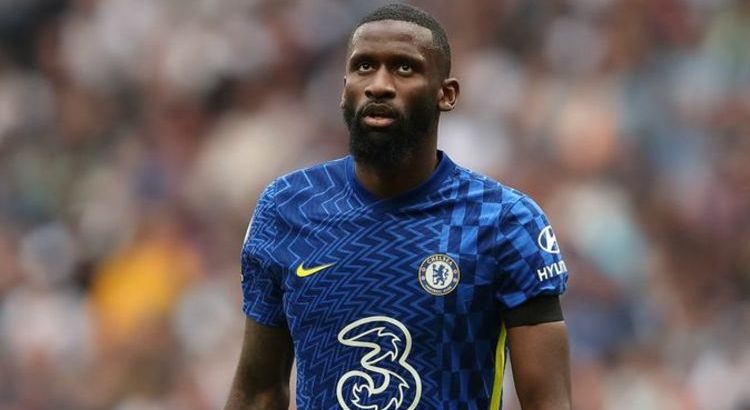 With every imperious performance at the back that Antonio Rudiger puts in, Chelsea will be ever more concerned about their inability to tie down the defender to a new contract. The Germany international has made a remarkable improvement over the past 12 months and is widely regarded as one of the Premier League’s top defensive operators.

It represents a huge turnaround from when the 28-year-old was a peripheral figure under Frank Lampard and looked on the verge of leaving for Tottenham in January.

However, the centre-back was convinced to stay by Blues boss Thomas Tuchel, who succeeded Lampard nine months ago.

Rudiger became an essential part of Tuchel’s three-man defence and his energetic darts, as well as indomitable displays in protecting his goal, have made him a popular figure with the fans.

There is some uncertainty about where his long-term future lies, however, with his contract due to expire in just nine months’ time.

Rudiger will be able to speak to foreign clubs about a free transfer from January 1 if he does not agree terms on a new deal with Chelsea.

JUST IN: Rudiger’s agent ‘in touch’ with Bayern in possible Chelsea move

According to reports, Rudiger is keen for his value to be recognised with a contract that puts him on the same scale as Chelsea’s top earners such as Timo Werner, Kai Havertz and Romelu Lukaku.

And with reported interest from Bayern Munich and Paris Saint-Germain, talks are underway between the two parties as Chelsea desperately try to fend off interest in the centre-back.

Goal report Rudiger’s agent Sahr Senesie has been contacted by Bundesliga giants Bayern about a possible move to the Allianz Arena.

It is believed Julian Nagelsmann is eyeing a move for Rudiger after speaking about his “super improvement” under his compatriot Thomas Tuchel, refusing to rule out a move in a press conference last week.

The threat of Rudiger leaving is certainly a possibility, but it is a situation Chelsea have faced before with the same blueprint and arguably came out the other side looking better on all five occasions.

It is certainly not the first time Chelsea have found themselves in a contractual stalemate, having called Willian’s bluff in negotiations in the summer of 2020.

The Brazilian wanted to remain at Stamford Bridge after spending eight successful seasons in west London.

But the winger had demanded the Blues hand him a three-year contract extension, despite being on the verge of turning 32.

Chelsea played their hand and withdrew their offer of a one-year extension, with Willian later departing to join London rivals Arsenal.

Just 12 months later, the forward has left the north London outfit to head to his native Brazil with Corinthians, justifying the decision from the club to stick to their guns.

A similar tactic was deployed when negotiating with Spanish forward Pedro. Like Willian, he was only offered a limited extension and chose to leave on a free transfer.

It speaks to the ruthless but consistent structure put in place by the club’s hierarchy, with their reluctance of handing longer contracts to players over the age of 30.

Indeed, defensive pair Gary Cahill and Branislav Ivanovic may have played a key role in their Champions League success in 2012 and league title triumphs in 2014-15 and 2016-17.

But the club were firm in their stance and they went on to leave for Crystal Palace and Zenit St Petersburg respectively.

In the case of John Obi Mikel, who departed for Chinese Super League outfit Tianjin Teda in January 2017, Chelsea cashed in for £10m as opposed to offering the midfielder a new deal.

What those cases prove is that the club very rarely allow themselves to be backed into a corner.

Tuchel will no doubt want to keep Rudiger given his importance to the club and said as much in a recent press conference.

“He’s in the strongest league in Europe, in a big club, so not many reasons to change that,” he said.

“But in the end it’s between him and the club, and that’s in good hands. I am calm and relaxed, whatever has to happen will happen.”

But director Marina Granovskaia — the right hand of billionaire owner Roman Abramovich and in charge of all transfer dealings — has already made contingency plans with their planned move for Sevilla’s Jules Kounde.

As history has shown before, those who have left Chelsea have found life tougher once outside of the Stamford Bridge gates.

With that in consideration, Rudiger may be wise to decide if he wants to follow a similar path to previous contract rebels — or spend his peak years with the European champions.