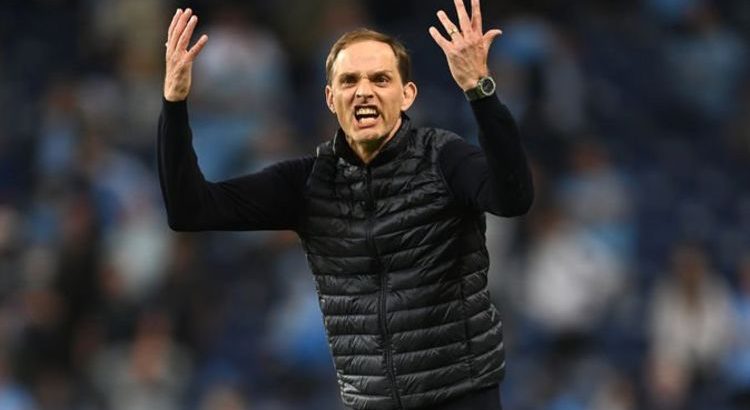 Chelsea return to Premier League action on Saturday when they host Aston Villa in the late kick off. And they will be sweating on the fitness of three key players for the clash.

Thomas Tuchel’s side have started the season in tantalising fashion and are one of six sides to remain unbeaten in their opening three games.

The Blues began their season with a 3-0 humbling of Crystal Palace before seeing off Arsenal 2-0 at the Emirates Stadium.

They then battled to a 1-1 draw against Liverpool, despite playing the whole of the second period with 10 men following the dismissal of Reece James.

James will miss Saturday’s clash as he serves a one-match ban but will be available for the trip to Tottenham on Sunday, September 19.

Meanwhile, Tuchel could also be without Kai Havertz, Romelu Lukaku and N’Golo Kante when Villa visit.

Havertz missed Germany’s World Cup 2022 qualifying 6-0 victory over Armenia on Sunday after being struck down by flu-like symptoms.

The 22-year-old played in his country’s 2-0 win over Liechtenstein on Thursday before falling ill.

Havertz, whose goal secured Champions League final victory over Manchester City in May, has begun the season well and was the Blues’ goalscorer against Liverpool.

Tuchel will, however, be boosted to see his compatriot Timo Werner getting on the scoresheet in both of Germany’s qualifiers after being dropped for Chelsea’s last two games.

The Chelsea boss will also be sweating on the fitness of Lukaku after the star striker said he would undergo a scan on his thigh.

The 28-year-old struck a brace for Belgium as they defeated Estonia 5-2 on Thursday, before scoring another in his country’s 3-0 victory over Czech Republic on Sunday.

He was brought off with nine minutes of Sunday’s match remaining and admitted he’d been struggling with a thigh problem for some time during a post-match interview.

Lukaku returned to Stamford Bridge this summer for a club-record £97.5million and scored on his second debut for the club in the win at Arsenal.

Kante could also be forced to sit out Saturday’s clash after he pulled out of the France squad ahead of their three World Cup qualifiers.

The 30-year-old came off at half time during Chelsea’s clash with Liverpool before the international break.

He did initially join up with the France squad but decided he wasn’t fit enough to appear for his country.

Chelsea currently find themselves fourth in the Premier League table and will be hoping to show their mettle when they come up against Spurs and Manchester City later this month.