Chelsea have held initial talks with Paris Saint-Germain over a possible January move for Edinson Cavani but are yet to submit an official offer.

The Uruguayan has found himself down the pecking order in the French capital thanks to a series of injuries and the arrival of Mauro Icardi last summer.

According to Goal, Chelsea technical mentor Claude Makelele went to France to speak with the Ligue 1 leaders about youngster Kays Ruiz-Atil and they discussed a move for Cavani too.

Cavani has told PSG that he wants to leave the club this month after Atletico Madrid made an approach to sign him, but it remains to be seen if he could be tempted to join Chelsea instead.

Cavani has just six months remaining on his PSG contract, meaning they risk losing him for nothing if they fail to sell this month.

The Uruguayan has played 13 times in all competitions, scoring on three occasions. 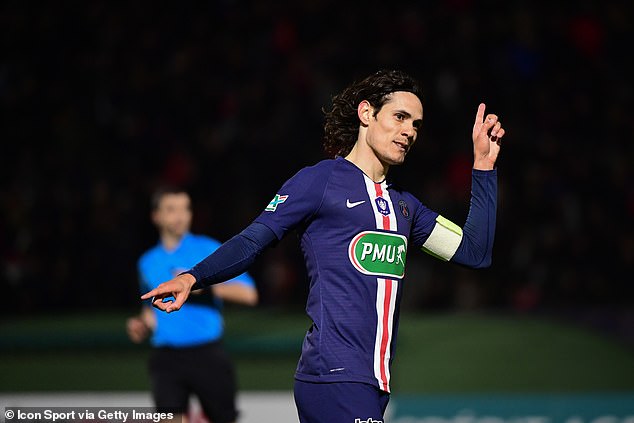 Chelsea are keen to bring a striker into the club this month with Olivier Giroud expected to leave.

They have been linked with moves for RB Leipzig’s Timo Werner and Moussa Dembele of Lyon this month as well.

Cavani would give the Blues a boost in their pursuit of a top four finish and ease their reliance on youngster Tammy Abraham in front of goal.

Tottenham are also keen on Cavani as they look for a replacement for the injured Harry Kane and Manchester United may also make a move with Marcus Rashford expected to miss months of action.