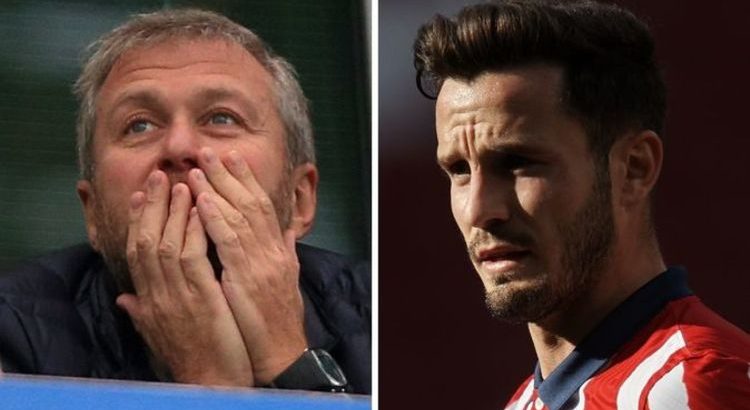 Saul Niguez: All you need to know about Spanish midfielder

Chelsea owner Roman Abramovich has reportedly sanctioned a last-gasp move for Atletico Madrid playmaker Saul Niguez ahead of this evening’s transfer deadline. The Blues are keen to add cover in the middle of the park and have identified Saul, who has also been linked with Manchester United, as a priority target.

The 26-year-old featured heavily for Atletico last season as they clinched their first La Liga title in seven years, making 41 appearances in all competitions.

Despite this, Saul has reportedly been told that he is allowed to leave the club on loan this summer, with his availability tempting Chelsea into a late return to the transfer market.

The Blues are now ‘actively pursuing’ the midfielder’s signature on a temporary basis, according to The Athletic.

Although Chelsea are keen to strike an agreement with Atletico, it remains to be seen whether club director Marina Granovskaia will be able to bring Saul to Stamford Bridge before the window slams shut at 11pm.

The European champions are no strangers to a last-minute swoop, with Abramovich previously funding the arrival of Claude Makelele in similar circumstances.

The influential Frenchman, who made a name for himself as one of football’s most revolutionary midfielders, was signed from Real Madrid for a fee of £18m in the summer of 2003.

Makelele was also heavily linked with a move to United, but Chelsea managed to nip ahead of the Red Devils and secure his services in the final hour of the transfer window.

While there has been no indication that the Red Devils will pursue a late move for Saul, it seems as though Chelsea could be set for a similar coup if their efforts to land the Atletico man drag on into the latter stages of deadline day.

The signing of Makelele, which took place a month after Abramovich took control of the club, turned out to be one of the most inspired decisions of the Russian billionaire’s reign.

The midfielder went on to win the Premier League and both domestic cups before ending a hugely successful five-year spell at Stamford Bridge by joining Paris Saint-Germain on a free transfer in 2008.

As this evening’s deadline draws ever closer, Chelsea boss Thomas Tuchel will be hoping that Saul’s arrival can provide the strength in depth required to mount another title challenge this season.

The Blues have also been linked with Monaco youngster Aurelien Tchouameni as a potential alternative, but a late move for the 21-year-old appears to be off the table for now.

Tuchel admitted earlier this month that he would be looking to follow up the club-record signing of Romelu Lukaku with at least one more addition before the summer window closes.

However, the German boss also insisted that he is more than happy with the quality of his current squad.

“We still have some ideas that we are trying, not all decisions are taken, regarding our squad too,” Tuchel told reporters.

“There are some negotiations going on, we are aware of the situations. Hoping in the meaning that we need something to make the coach happy and be competitive, absolutely not. I am happy with the squad as it is.

“I have a lot of confidence that we are absolutely competitive on a high level, but still all eyes are open and we are aware of all situations.”