Chelsea began their Premier League campaign with a 3-1 victory away to Brighton on Monday night. Jorginho opened the scoring from the spot, with a Reece James rocket and Kurt Zouma’s fortunate touch securing victory after Leandro Trossard had equalised. Express Sport rates and slates Frank Lampard’s side.

The under-pressure keeper was poorly positioned for Leandro Trossard’s equaliser and should have done better with the shot.

Unleashed an unstoppable rocket to restore Chelsea’s lead and swing the monentum back in the visitors’ favour.

Had to be calm and composed at the centre of defence as Graham Potter’s side had the better of the game in the first half.

Got himself in the right place to poke home Chelsea’s third and secure the points. Was lucky not to be punished before the half-hour mark for an apparent stamp on Neil Maupay. 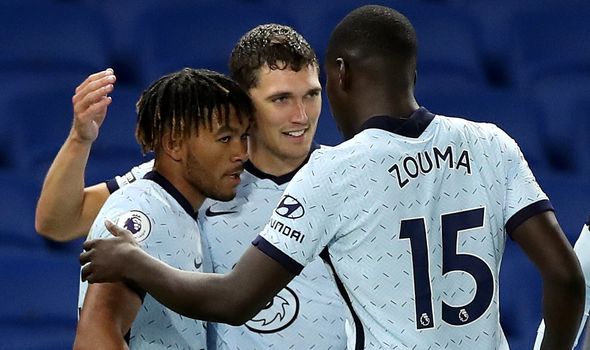 Was given a torrid time by former Chelsea youngster Tariq Lamptey down Chelsea’s left flank with the shadow of new signing Ben Chilwell looming large over him.

Steady, composed and energetic as always, Kante showed why Inter boss Antonio Conte continues to take a keen interest in him.

Was alert to pounce on a Brighton mistake and play in Timo Werner, then coolly slotted home the spot-kick after the striker was fouled. 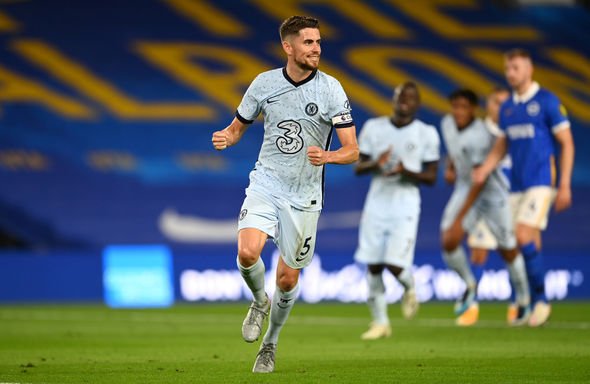 Subbed off after an hour as he continues his return from an injury nightmare.

Will understandably take time to show why he’s worth £72m but tried to make things happen and showed plenty of energy.

Will want to have more impact as he strives to nail down a place among Chelsea’s star-studded attack.

Striker’s speed and awareness earned Chelsea their penalty. Forced a save from Mat Ryan just before half-time after skinning Lewis Dunk.

Showcased his ability during one surge forward, playing in Werner for a decent chance.

Came on late for Kai Havertz but had little impact.

Replaced Jorgunho with five minutes to go and tried to create a fourth with a surge down the right.