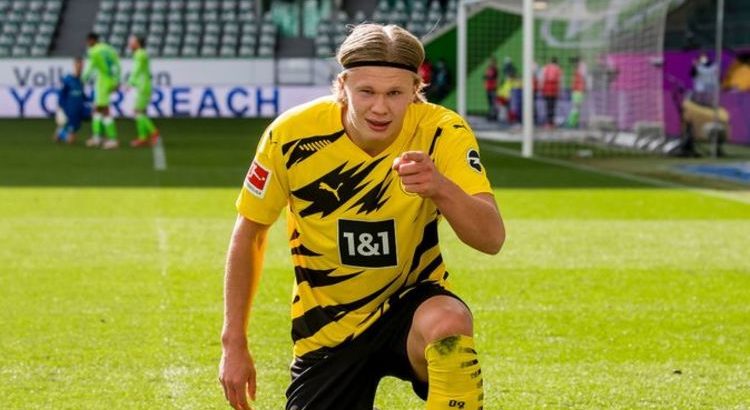 Chelsea are set for another cash windful with Ike Ugbo set to leave the club in a boost for their chances of raising enough money to buy Erling Haaland from Borussia Dortmund.

Ugbo is reportedly poised to join Belgian side KRC Genk and will become the latest fringe player to depart the Blues this summer.

The 22-year-old, who failed to make a first team appearance, follows Fikayo Tomori and Marc Guehi out of the Stamford Bridge exit.

Chelsea have raised nearly £50million by selling the defensive pair but their departures have caused some concern among fans, who fear that the pathway to the first team for academy players is being closed.

Tomori has joined AC Milan in a £25m permanent deal after spending the second half of last season on loan at the Serie A club.

Meanwhile, fellow youth team graduate Guehi has moved to Crystal Palace in a deal Express Sport understands to be around £18m.

Ugbo, who was part of an all-conquering FA Youth Cup side featuring Mason Mount and Callum Hudson-Odoi, will depart for a fee of around £5m, according to journalist Fabrizio Romano.

The prolific striker registered 30 goals across the last two seasons during successful loans in the Dutch and Belgian leagues.

He scored 13 goals in the second tier of Holland for Roda JC before bagging 17 times for Cercle Brugge in Belgium.

His departure to Brugge’s Jupiler Pro League rivals Genk means that Thomas Tuchel has now raised in excess of £50m to go towards his pursuit of Dortmund forward Haaland.

The Bundesliga side are demanding a huge £150m transfer fee for the Norwegian, which is proving a major stumbling block for each of the clubs interested.

Manchester United, Liverpool and a host of Europe’s other elite clubs are keeping tabs on the 20-year-old.

However, Chelsea are believed to be the most likely potential buyers, with boss Tuchel desperate to add a regular scorer to his ranks after seeing his side frequently misfire last term.

But midfielder Jorginho was the club’s highest scorer in the top-flight, despite each of his seven goals being from the penalty spot.

Tammy Abraham also struck the same number in all competitions but 11 of those came before Tuchel replaced Frank Lampard in January.

Chelsea will likely continue their quest to land Haaland this summer and their income from transfer fees will go a long way to signing a player who has scored a staggering 57 goals in 59 appearances for Dortmund since arriving in January 2020.

However, Tuchel could instead wait until next year to strike a deal when a £64m release clause reportedly becomes active in Haaland’s contract.
Source: Read Full Article