Chelsea signing Hakim Ziyech was forced off the field with injury at the Amex Stadium as the Blues took on Brighton. Frank Lampard gave Chelsea fans a glimpse of their new-look exciting attack as the former Ajax man started alongside fellow new boy Timo Werner. Ziyech’s afternoon was cut short in the second half though when he appeared to pick up an ankle knock. 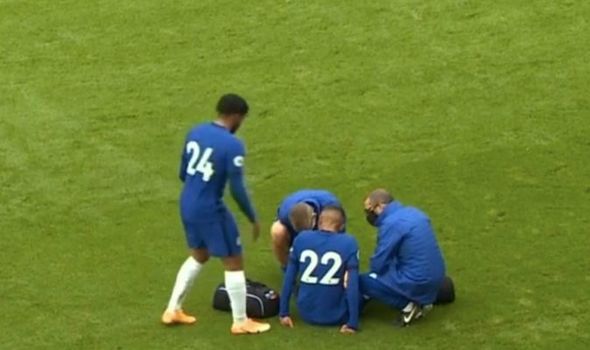 The No 22 went to the ground before receving treatment from Chelsea’s medical staff.

It was then decided that he would not continue as he left the field of play.

Chelsea supporters will be desperate for good news and for reassurance from Frank Lampard that it was just a precaution.

The Blues get their Premier League campaign underway against the Seagulls on September 14.