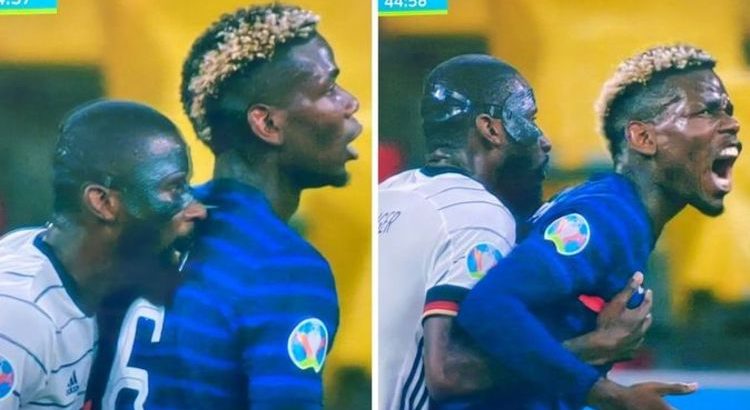 Antonio Rudiger appeared to sensationally bite Paul Pogba towards the end of the first half of Germany’s Euro 2020 opener with France and the Manchester United midfielder was furious that the officials did not check the incident. The German defender was goal side and touch tight to his opposite number, as he tried to prevent his movement.

But in bizarre scenes, replays showed that Rudiger appeared to in fact bite Pogba on the back.

The reaction from the France maestro was immediate, as he screamed in shock.

He then ran to the linesman to see if he saw the incident but the officials were not willing to take a second look.

Pogba did not take no for an answer though, which would suggest he felt there was clear intent behind the actions of Rudiger. 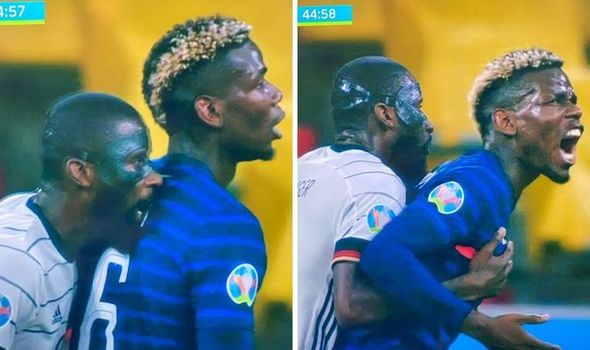 The incident was then reviewed in the ITV studios but not all the panel were convinced there was any malice behind it.

Ian Wright said: “I don’t know what he’s done there. If he’s bit him there he’s going to flinch – he’s not flinched at all.

“He’s not flinched there, I don’t know what’s happened there, can’t see it.”

Former France midfielder Patrick Vieira then added: “When you see that Pogba reaction, it felt like a bite. So I don’t really understand what he was trying to do there, Rudiger.

Hard man Roy Keane was keen to stick by his reputation.

“I think it was more of a nibble wasn’t it than a bite,” he said.

“Yeah it wasn’t a proper bite. But a silly thing to do.”

UEFA will be expected to assess the incident after the match to decide whether Rudiger could face punishment.

It’s not the first time biting has featured at a major tournament in recent times. 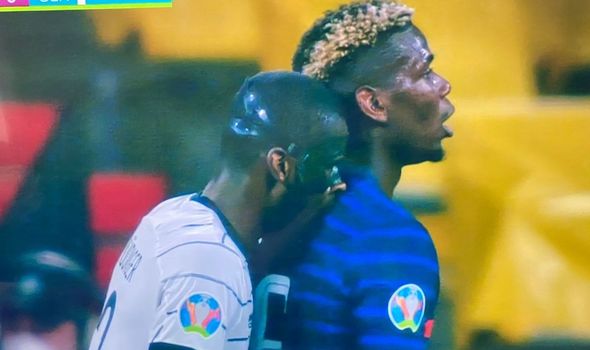 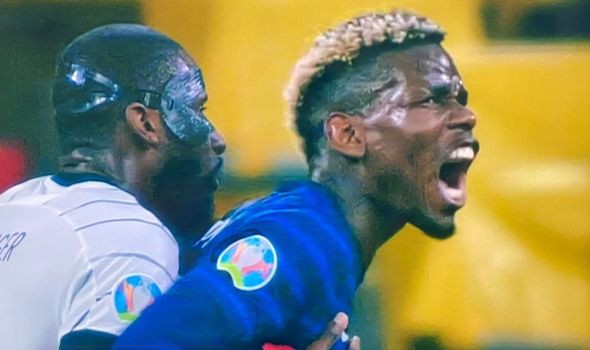 Back in 2014 at the World Cup in Brazil, Luis Suarez was hit with a four-month ban by FIFA for biting Italy’s Giorgio Chiellini.

It was the third time he’d been punished for the same offence.

The Uruguayan striker accepted a seven-match ban during his time with Ajax for biting PSV Eindhoven’s Otman Bakka on the shoulder.

He was later hit with a 10-match ban by the FA for biting Chelsea’s Branislav Ivanovic.