David Luiz’s last Europa League triumph was bittersweet but a Chelsea victory over Arsenal in Baku will make him feel much better: ‘Would I be upset to win it this time? No way!’

David Luiz has revealed how the memory of a bittersweet victory over his former club Benfica in the 2013 Europa League final will drive him on against Arsenal in Baku later this month.

Luiz played all 120 minutes of Chelsea’s semi-final second leg with Eintracht Frankfurt on Thursday night before stepping up to successfully despatch his penalty in the shootout, which the hosts won 4-3 to book their place in the final.

The Brazilian is expected to start against London rivals Arsenal in the final on May 29 at Baku’s Olympic Stadium and he is determined to pocket a second Europa League winners’ medal after a night of mixed emotions when he clinched his first six years back. 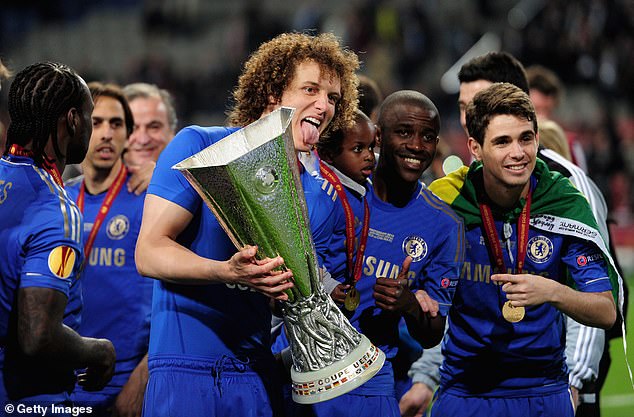 ‘It was difficult for me because I won it against Benfica that time,’ said Luiz. ‘I remember exactly the feeling for all my friends from Benfica, because I love them and I have great friendship there.’

Luiz played every minute that night as Chelsea saw off Benfica thanks to a dramatic stoppage-time winner from Branislav Ivanovic which secured a 2-1 win at the Amsterdam Arena.

He added: ‘Of course I was happy because I won. To win a European title is always great for everybody and I want to repeat this. So would I be upset to win it this time? No way!’

Even so, victory for Luiz in Chelsea would come at the expense of defeat for one of his closest friends in football and a former Stamford Bridge ally Petr Cech.

The goalkeeper was part of that cup-winning team in Amsterdam in 2013 and was a mainstay of the Chelsea side during Luiz’s first four years at the club.

But the Arsenal keeper will now line up against his former employers in what will be his final game before he retires from football this summer. 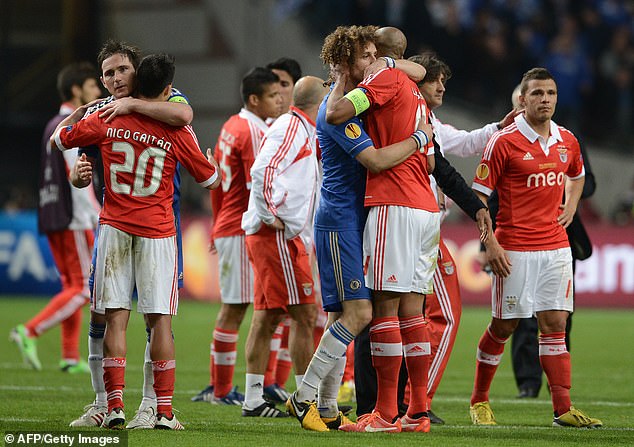 ‘We know already it’s going to be difficult to score some goals,’ Luiz said about the prospect of facing Cech. ‘He’s a great player and the best goalkeeper I ever played with.

‘We are great friends and he’s a great character but I hope he can be not at the top that day because it’s going to help us.’

But before Chelsea depart for Azerbaijan, they must first put the finishing touch on a rollercoaster Premier League season which has resulted in at least a fourth-place finish and therefore qualification for next year’s Champions League.

A final day victory over Leicester at the King Power Stadium on Sunday afternoon will also ensure Maurizio Sarri’s side finish third and, although they will end up at least 20 points adrift of the top two, Luiz insists the season must be considered a success. 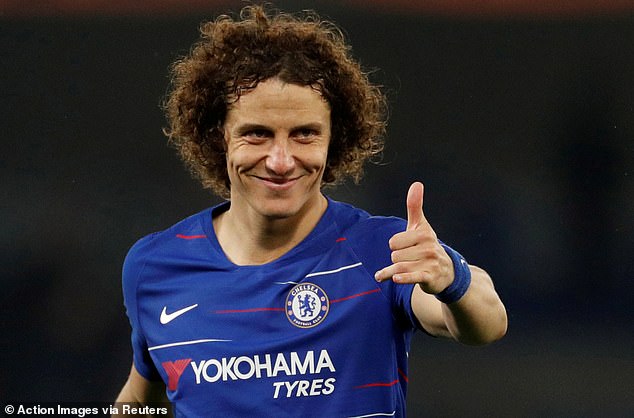 ‘Overall it was a difficult season for us,’ he said. ‘At the beginning, everyone was so excited with us, saying, ‘Oh, look, Chelsea have already understood Sarri’s philosophy and they are great’.

‘After that, we had some periods that were not very good. But in the end we have done amazingly.

‘We have already qualified for the Champions League and we can finish in the top three, not just in the top four. And we are going to play a big final. So it is up to us to try to finish in the best way.

‘We have to understand all the moments we have had during the season that have made us arrive in this position.’ 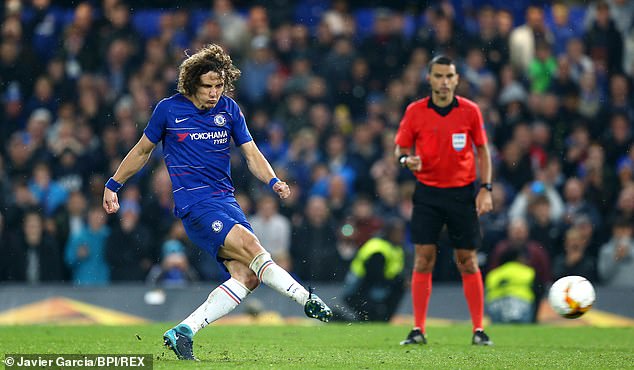