Chelsea star Kai Havertz has disagreed with Timo Werner after the club’s 3-3 Premier League draw with Southampton on Saturday. The Blues went into the match looking to make it back to back wins. But they ended up falling short, with Jannik Vestergaard striking at the death to earn the visitors a point.

Chelsea raced into a two-goal lead against Southampton, with Werner bagging his first league goals of the season.

Southampton then bounced back to level, with Danny Ings and Che Adams striking.

Chelsea looked to have won the match when Havertz slotted in with 30 minutes left on the clock but, in stoppage time, Vestergaard found the net to earn the Saints a point.

Afterwards, Werner blamed the Blues’ defence for letting the lead slip. The former RB Leipzig star said: “I don’t know if we have a problem but in the end the last three games we concede six goals and that’s not where we want to be.

“I think we are Chelsea, we want to battle for titles. 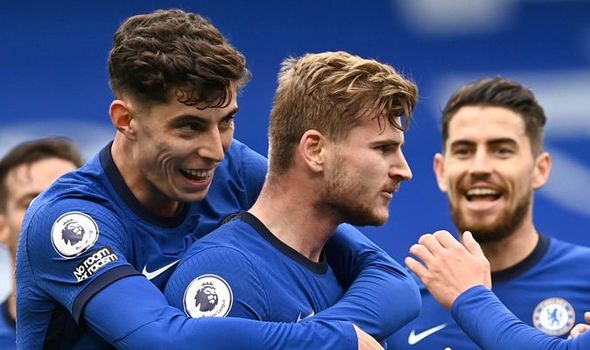 “When we concede so many goals in every game then it’s hard to win games but in the end also to win titles.

Yet Havertz has insisted Chelsea must accept responsibility collectively, telling the club’s official website: “We have to take responsibility for that.

“We have 11 players on the pitch and everybody has to work hard so we don’t concede goals like this. 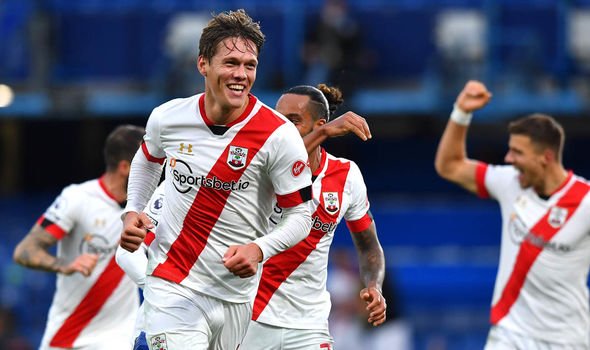 “It’s not always one person who makes the mistake so we have to look at our mistakes and try to solve the problems.

“We only have one or two days, only one training session with all the players together so of course it’s different but every team has to deal with it, not only us.

“We didn’t have a lot of preparation so now we have to work hard and stay together to do better next time.”

Havertz admitted he would have liked his goal to be the winner for Chelsea, adding: “It would have been great if it was the winner.

“Of course, I’m happy with that but very frustrated too about the result. We have to take these three points at home and we can do that so it’s a bad day for us.”

On being frustrated, the Germany international said: “We’re very frustrated about the result.

“We had 42 good minutes in the first half but then I made a mistake and we conceded a goal, which changed the game a little bit.

“We got it to 3-2 and then we have to take the result and get the win at home but we didn’t do it. Now we have to stick together and hopefully we can do better next time.”

Chelsea are next in action against Sevilla in the Champions League on Tuesday night (8pm).

The La Liga giants won’t be easy to beat, with the club winning the Europa League last term – beating Manchester United on their way to the final.