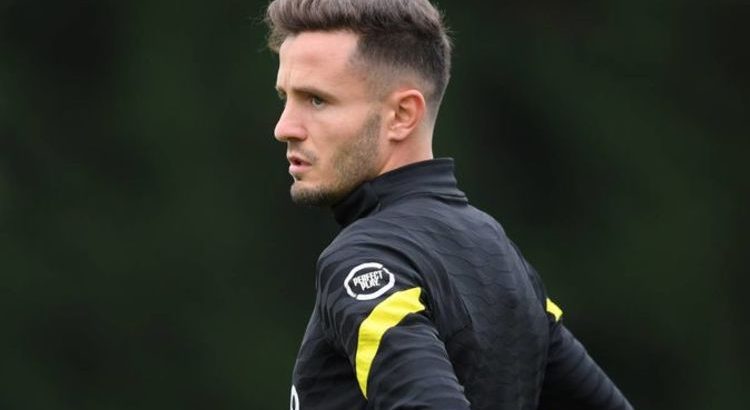 Tuchel thrilled with goal for Lukaku on second Chelsea debut

Chelsea’s new signing Saul Niguez is set to make his debut against Aston Villa this weekend. Ahead of the match, the Spaniard has taken a swipe at Diego Simeone for playing him out of position.

Chelsea star Saul has taken a swipe at Simeone as he prepares to make his debut for the Blues this weekend.

Thomas Tuchel’s side face Aston Villa at Stamford Bridge as they look to return to winning ways having drawn with Liverpool prior to the international break.

There is much excitement around the new arrival, who joined after a whirlwind end to the transfer window in the summer.

Atletico Madrid eventually agreed to Chelsea’s demands over a loan with an option to buy, with the permanent sale lodged at around £30million.

And Saul has clearly got his sights on hanging around at Stamford Bridge a while longer than his season-long loan.

It comes after the Spaniard admitted he had grown frustrated with being played out of position in La Liga.

Atletico had a fine season last year, winning the league ahead of Barcelona and Real Madrid, though Saul did not have his best campaign for form.

On numerous occasions, Simeone deployed the midfielder out wide in a wing-back position – one that the 26-year-old did not enjoy.

“The three midfielders who are playing are at a high level. It will not be easy to play, but if I put my mind to it and fight it, I can get it,” Saul said on Twitch.

“Chelsea has promised me to train in my position [midfield], but to play we will see.

“To return to certain roles that I do not play in now – that is the most important reason for my decision.

“This transfer is a step out of my comfort zone for me. I believe that you will see a new Saul in a new [better] place.”

Though Saul has admitted moving to a different country is out of his comfort zone, the midfield star has plenty of pals at Stamford Bridge including compatriot Marcos Alonso.

He said: “I know Saul from the national team, and also we shared a manager from when we were in the Real Madrid academy.

“He’s a great player. His conditions are going to be good for the Premier League. He is strong physically, he is very good in the air, and those are things you need when you move to this league.

“He is ready to kick off and hopefully we can take advantage of his qualities and he will be of great help to the team, because it’s going to be a long year, with a lot of competitions.”