Kai Havertz’s agent will meet with Bayer Leverkusen chiefs in an attempt to broker a deal that will see the German move to Chelsea this summer, it’s been claimed. Havertz has been high on the Blues’ wish-list over the past couple of months.

Leverkusen reportedly want around £90million for Havertz, but Chelsea are aiming to drive the price down.

Chelsea hope they can entice Leverkusen into a deal by including various add-ons, rather than paying a bulk fee.

Chelsea have already signed Timo Werner and Hakim Ziyech this summer, but they want to strengthen their attacking line even more. 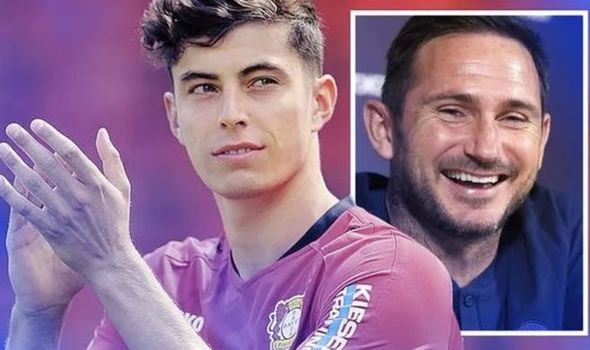 And according to Italian journalist Alfredo Pedulla, they might have just done that.

Chelsea are looking to sell numerous players in order to better fund the transfer, but it’s been reported Roman Abramovich has given the green light to the transfer anyway.

Left-back Emerson Palmieri will likely be sold this window, with both Juventus and Inter Milan interested.

Express Sport understands Tottenham target Kurt Zouma may also be on his way out the door, but Chelsea would want to sign a replacement.

Chelsea’s chances of signing Havertz will be boosted if they can secure Champions League football for next season.

With four games to play, Chelsea sit in third place, above both Leicester and Manchester United. 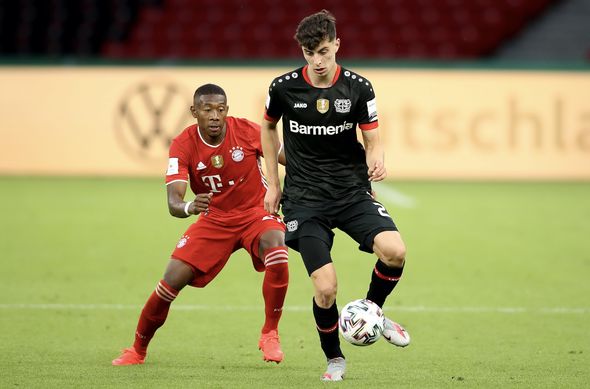 Havertz has scored 12 times this season for Leverkusen, while Werner has notched 28 for RB Leipzig.

Former Chelsea man Craig Burley has lauded the decision by Chelsea to go after so many attacking players.

“You can’t have enough good players,” he said.

“It would be a statement of intent to go out and get one of Europe’s most exciting young talents.

“It does fit with the narrative that Chelsea and Lampard are going down.

“They are looking to sign younger players with sell-on value but who can also produce the goods now.”