Chelsea manager Frank Lampard is without first-choice striker Tammy Abraham against West Ham today, forcing a change to his forward line. Abraham injured his hip during Chelsea’s dramatic 2-2 draw against Valencia in midweek and the club are not yet sure when he will be ready to return.

“We’ll know by the end of the weekend, he’s got some pain and won’t be involved tomorrow,” Lampard said on Friday.

The absence of Abraham, who has scored 11 goals in all competitions this season in a breakthrough year at Stamford Bridge, offers up a chance for Michy Batshuayi or Olivier Giroud.

“The other lads have been training well, every day is a workday so whenever chances come they are ready and I have every confidence in them,” Lampard added.

“Michy has shown work ethic and quality, which I knew anyway. It’s not easy when you’re not playing as many minutes as you’d want.” 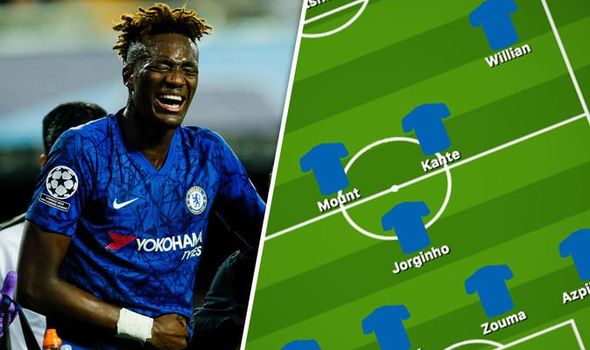 It is the popular Belgian who is expected to take Abraham’s place atop the attack, as has been the case when the Englishman has been rested this term.

Lampard did receive some injury boosts this week as Ross Barkley (ankle) and Antonio Rudiger (groin) returned to training.

There is a chance Callum Hudson-Odoi could come back into action after straining his thigh but it could be too soon to start the winger.

Lampard is expected to tread with caution regarding those three improving stars and start with Christian Pulisic and Willian on the flanks.

In midfield he is expected to start the fit-again N’Golo Kante ahead of midfield metronome Jorginho, as he did versus Valencia.

Mateo Kovacic accompanied Kante in a No 8 role that game and scored his first goal in Chelsea threads but Mason Mount is knocking on the door to return.

The young playmaker has not started the last two games, with an ankle niggle ostensibly lingering, but he is tipped to return in order to expose West Ham’s out-of-sorts backline. 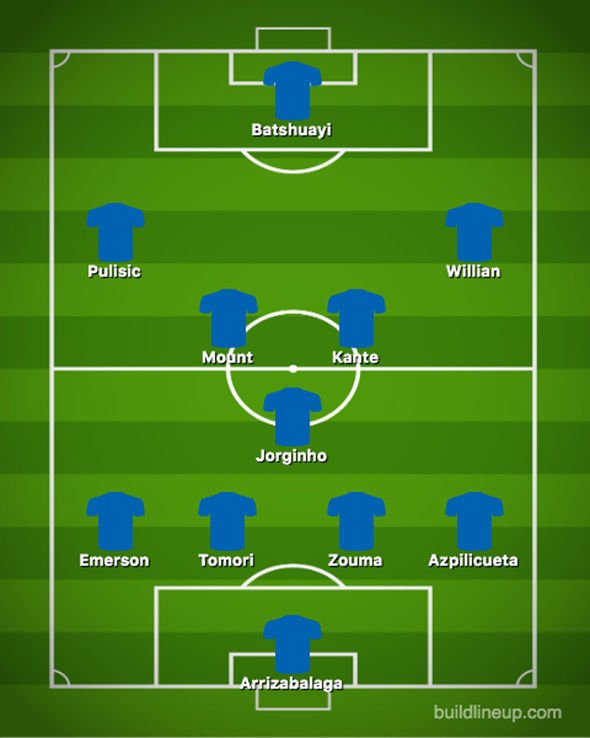 Andreas Christensen did not have his best game on Wednesday and is therefore likely to miss out today with Fikayo Tomori reclaiming his place alongside Kurt Zouma at centre-back.

Captain Cesar Azpilicueta has been a mainstay and should revert to right-back with Emerson slotting in on the opposite side.

Kepa Arrizabalaga, who made a superb penalty save in the week, should keep his spot in goal.