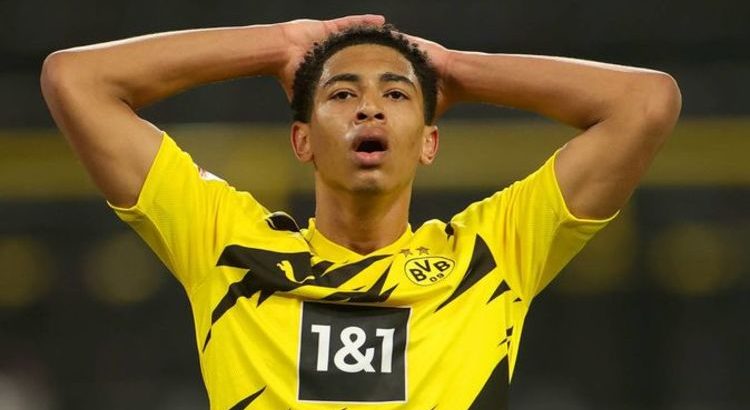 Borussia Dortmund have made their transfer stance over Jude Bellingham clear amid rumoured interest from Chelsea. Bellingham has enjoyed a breakthrough campaign with Dortmund this season, attracting attention from all over Europe.

The 17-year-old central midfielder has contributed four goals and four assists for the German side, making 44 appearances in all competitions.

His form has been rewarded with a senior debut for England in November, with Bellingham becoming the country’s third youngest international, after Theo Walcott and Wayne Rooney.

Bellingham only joined Dortmund from Birmingham City in a £25million transfer in July, but he is already being linked with a move back to his home country.

Manchester United are the latest club reported to be interested in him, with German newspaper Bild claiming they would prefer to sign Bellingham over long-term target Jadon Sancho this summer.

They are not the only team, though, with The Sun reporting in April that Bellingham could have his £42,000-per-week wages doubled to £84,000 to fend off transfer interest from Chelsea. 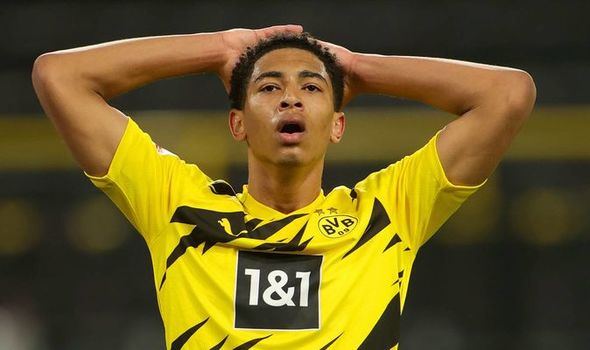 Bellingham signed a long-term deal with Dortmund last summer when he became the most expensive 17-year-old in history and is thought to be under contract at the club until June 2023.

Eurosport reported last month that Chelsea were the ‘most interested’ side in Bellingham, although Liverpool, Manchester City and Manchester United were all keeping tabs on him.

The Blues made it clear earlier this season that they wanted to strengthen their midfield, with West Ham’s Declan Rice a target for previous manager Frank Lampard.

Results have taken an upturn since Thomas Tuchel took over in January, with Chelsea third in the Premier League and looking forward to the FA Cup and Champions League final later this month.

Whether they maintain a real interest in Bellingham or not, Dortmund have made a move to ward off interest by making it clear he is not for sale at any price.

Journalist Fabrizio Romano reports that Bellingham is considered ‘untouchable’ and Dortmund will not negotiate with any other club this summer, no matter what they are offered.

That firm stance is in complete contrast to their position on Sancho, who has been the subject of interest from United and Liverpool.

“He’s been with us for a couple of years. However, this agreement does not exist with Erling [Haaland].”

Sancho scored twice as Dortmund picked up a valuable 3-2 win over RB Leipzig in the Bundesliga on Saturday to move into the Champions League qualification places.

The 21-year-old winger now has 14 goals and 18 assists in 35 appearances and could well be on the move this summer.