Chelsea must not sell N’Golo Kante this summer because the Frenchman would be “key to everything” Frank Lampard’s side do this season, according to former Arsenal midfielder Stewart Robson. Kante has been linked with a move away from Stamford Bridge to be reunited with former Chelsea boss Antonio Conte at Inter Milan. The 29-year-old made just 20 Premier League starts last season in a campaign which was blighted by injury problems.

But Robson still believes Kante is vital to Chelsea, especially following the attacking signings Lampard has made this summer.

Chelsea have brought in winger Hakim Ziyech, forward Timo Werner and attacking midfielder Kai Havertz for a combined amount of over £140million.

Lampard has also strengthened his defence with the signings of left-back Ben Chilwell and experienced centre-back Thiago Silva.

But Robson says Kante is needed to sit in front of the defence to allow the new attacking players to flourish. 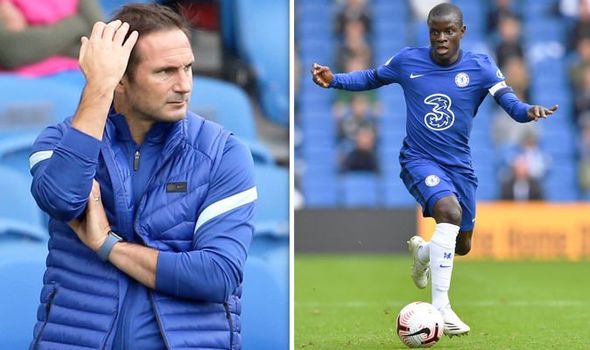 “If you look at Kante’s record, when he defends well and he’s fully fit, it makes the defence so much better,” Robson said on the Gab and Juls podcast.

“Everyone was talking about Chelsea’s poor defensive record last season, yes they made some mistakes defensively, but it’s also about the midfield players they’ve got in front of them.

“Are they athletic enough? Can they work hard enough?

“No, absolutely not [Chelsea should not sell Kante]. He’s key to everything they do.

“If you’ve got attacking players like Ziyech on one side and Pulisic on the other and Kai Havertz playing in there, Timo Werner up front, and you haven’t got any other sort of defensive midfield players apart from Jorginho, who’s a passer rather than a defender, you’ve got to have Kante in your side to defend that back three or back four, whatever they’re going to play with.”

Meanwhile, transfer expert Ian McGarry says Chelsea are willing to sell Kante but the player is set to resist a move.

“My understanding is that Kante is very much settled in England and would be resistant to leaving.

“His current contract with Chelsea is a very good one, it was upgraded two years ago.

“He’s in no rush to leave Stamford Bridge or England for that matter.

“So that would be a persuasion on Chelsea’s part as well as perhaps a payment, because he’s not going to be asking for a transfer anytime soon.”