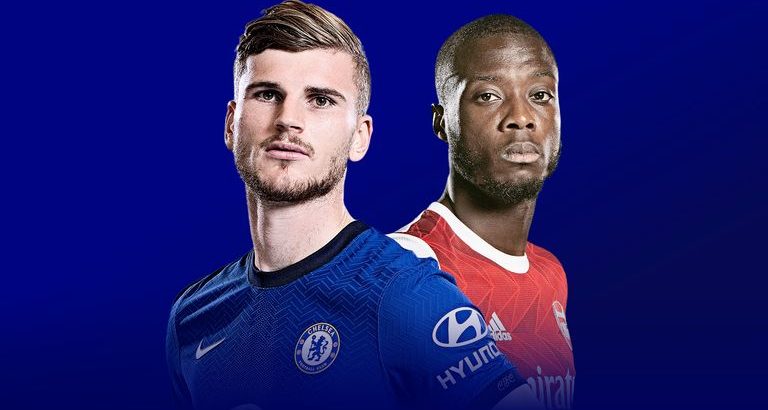 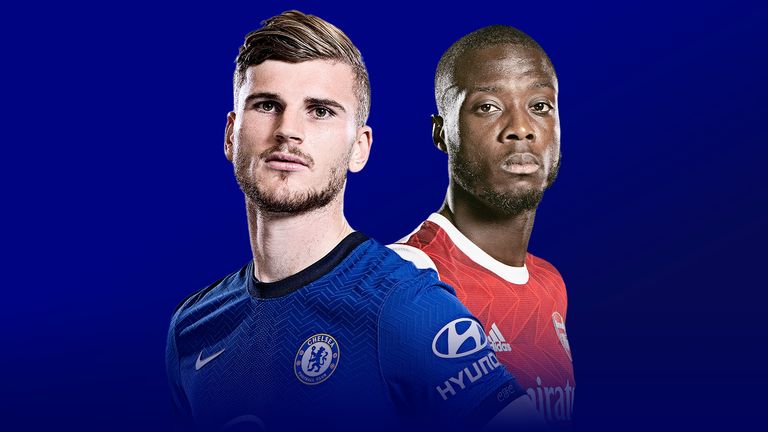 Team news, stats and prediction ahead of Chelsea vs Arsenal in the Premier League on Wednesday, live on Sky Sports (kick-off 8.15pm).

Chelsea will be without Mateo Kovacic and Andreas Christensen against Arsenal.

Denmark defender Christensen picked up a tendon problem in Saturday’s 2-1 Premier League win at Manchester City, while Croatia midfielder Kovacic has been sidelined with hamstring trouble since mid-April.

Blues head coach Thomas Tuchel has confirmed they will both miss the game against the Gunners – and face a race against time to be fit for Saturday’s FA Cup final against Leicester.

“Kova is not ready for tomorrow,” said Tuchel. “So his personal race is on to make it to the squad to Wembley.

“For Andreas, it’s better than we feared, much better… it will be also a tough one, but the season is not finished for him hopefully. So we have realistic hopes that his latest comeback will be against Aston Villa [on the final day of the season].”

Mikel Arteta also admitted in his pre-match press conferences that he had “some injuries” to contend with but did not name names.

“There were some issues over the weekend again,” he said. “We are playing every three days and there is no time to train yet, [Tuesday] is the first day so we will have to wait and see.”

Chelsea vs Arsenal will be shown live on Sky Sports Premier League and Main Event from 7.30pm; kick-off 8.15pm. Sky Sports customers can watch in-game clips in the live match blog on the Sky Sports website and app. Highlights will also be published on the Sky Sports digital platforms and the Sky Sports Football YouTube channel shortly after the final whistle.

This fixture gave me one of my betting highlights of the season when Arsenal surprised many by beating Chelsea. It was the perfect example of sticking with what you believe when the world is telling you the exact opposite. Am I following in Arsenal once again? No chance.

Chelsea are managed by Thomas Tuchel not Frank Lampard now and all their key performance data shows they now have a clear identity that revolves around gaining control of the match and limiting the opposition to little space between the lines. Arsenal try to do the same but do not have the tactical nous or personnel to pull it off.

From the 16 wins Tuchel has overseen since taking charge, 15 of them have been accomplished with one of the aforementioned scorelines. So if you fancy the home win, it’s certainly the way to go rather than just simply take a very skinny price.