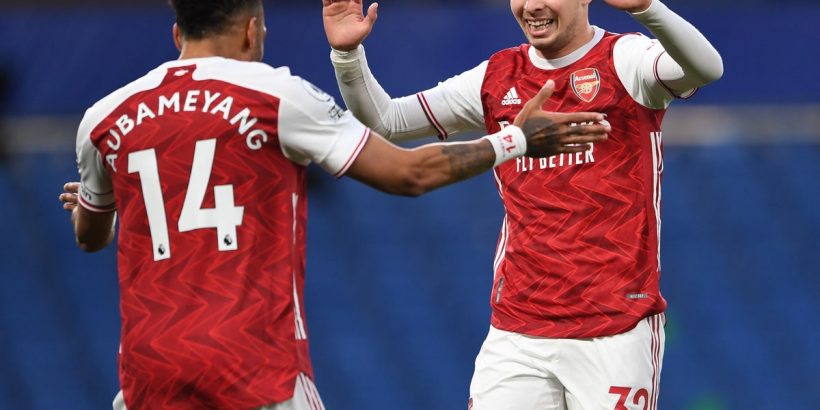 Emile Smith-Rowe’s early goal earned a determined Arsenal a Premier League victory at Stamford Bridge for the first time since 2011 as Chelsea missed out on the chance to secure a top four spot.

Kai Havertz blazed a one-on-one chance over the crossbar after pouncing on a loose touch from defender Pablo Mari, but Arsenal were not so wasteful when they were presented with an opportunity moments later.

Jorginho’s woeful back-pass almost ended up in the Chelsea net but was kept out by Kepa Arrizabalaga, before Pierre-Emerick Aubameyang squared to Smith-Rowe to give Arsenal the lead.

Mason Mount was close to equalising but his goal-bound volley from eight yards was blocked by Rob Holding, before the England international had an effort save by Berndt Leno.

Christian Pulisic thought he had equalised after the break but his goal from a Chelsea corner was disallowed for offside. Chelsea failed to trouble the Arsenal goal until the dying stages when first Kurt Zouma and then Olivier Giroud hit the bar in stoppage time.

Here are five things we learned from Stamford Bridge.

In the grand scheme of their season, Wednesday’s London derby against Arsenal did not hold as much significance for Chelsea as Saturday’s FA Cup final against Leicester or the Champions League final against Manchester City at the end of the month.

But given the depth of Thomas Tuchel’s squad, as well as the German’s tendency to rotate, Chelsea’s players must know that every match is an opportunity to impress, and every under-par performance a potential blow to their hopes of starting either match.

With that in mind, there were a few in Blue whose chances of starting at Wembley might have taken a hit.

Havertz wasted a golden opportunity to open the scoring when he was presented with a clear run at goal but horribly miscued his shot, and struggled to get into the game before being replaced by Olivier Giroud. Billy Gilmour was brought off at half time, while his replacement Callum Hudson-Odoi was wasteful when he had opportunities to deliver.

Jorginho’s error also came a bad time with Matteo Kovacic nearing full fitness on his return from a thigh injury. As a result, it will not be a surprise to see Tuchel revert back to something closer to the line-up that beat City at the Etihad on Saturday when he comes to picking his side for Wembley. 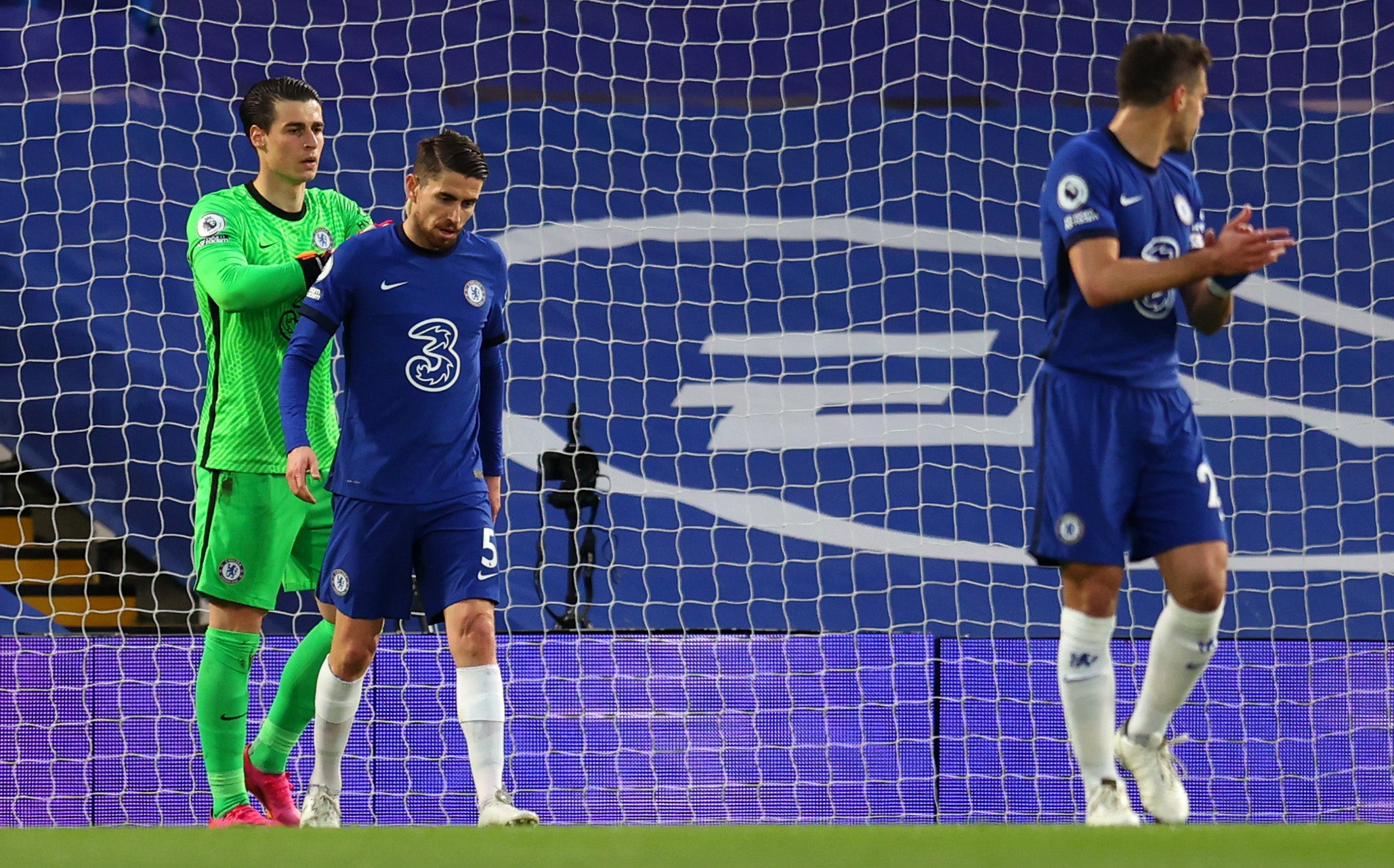 It’s been a tough first full season in management for Mikel Arteta but he was rewarded for a bold approach to earn one of the most encouraging results of his Arsenal tenure – as the Gunners secured their first Premier League win at Stamford Bridge since 2011.

The visitors lined up in a 3-5-2 formation, with Kieran Tierney and Bukayo Saka as wing backs, in an attempt to cancel out Chelsea’s established game plan under Tuchel.

Simply copying Chelsea’s formation would not have been enough, however, but Arsenal caused the hosts a number of problems early in the match with their aggressive press.

With Tierney and Saka occupying their opposing wing backs, Mohamed Elneny joined the Arsenal’s front three in closing down Chelsea as they tried to play out from the back, and it was thanks to that approach that Arteta’s side forced the mistake out of Jorginho for the opening goal.

Arsenal bravely pressed with four men and blocked Jorginho’s options, and the Italian was forced to hurriedly turn back towards goal, where the miscommunication with Kepa led to Smith-Rowe’s finish.

Arsenal tried to keep their press up throughout the rest of the match but gradually dropped deeper and deeper. When they did so, Arteta’s side defended diligently and with commitment. They were fully deserving of their victory, and clean sheet, when it came.

The Gunners have now won away at Old Trafford and Stamford Bridge under Arteta this campaign – it was not long ago that away victories at ‘Big Six’ opposition were a complete rarity.

The rise of Smith-Rowe

Smith-Rowe burst onto the Premier League scene with a standout performance in Arsenal’s 3-1 win against Chelsea on Boxing Day, in what was the midfielder’s first start of the campaign.

The 20-year-old has gone from strength to strength since, as demonstrated by his performance and goal at Stamford Bridge, which marked the first time he has scored in consecutive matches in the Premier League.

The England youth international may have had an open goal but he showed deft movement to evade Thiago Silva and be in the right place at the right time to turn home Aubameyang’s cut-back.

While his display against Chelsea at the Emirates will be remembered as his breakthrough moment, his goal in the reverse fixture should feel no less significant. It marks the next phase of Smith-Rowe’s development as the youngster aims to add more numbers to his game and enhance his impressive performances.

Scoring in back-to-back games in the Premier League is a sign that he’s ready to do that. 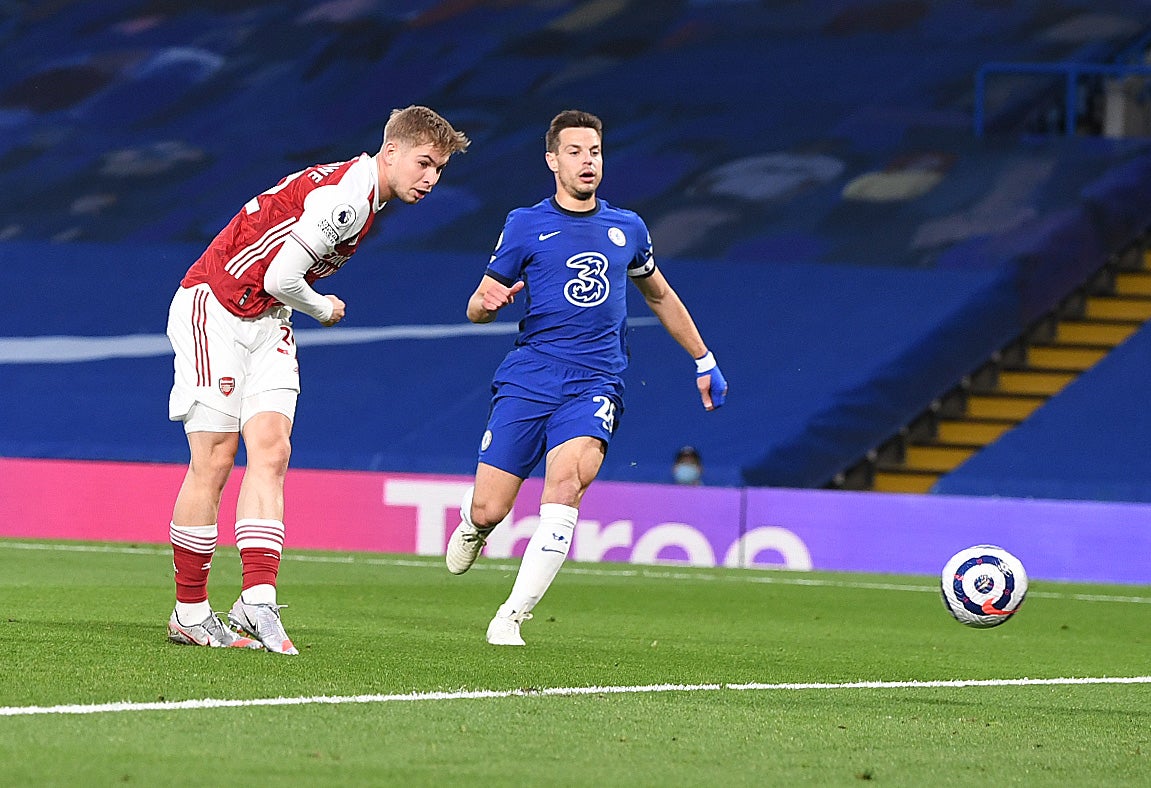 Emile Smith-Rowe gives Arsenal the lead early in the match

One of Bukayo Saka’s strengths has actually turned out to be a bit of a problem for the 19-year-old.

Saka’s versatility has seen him lined up in almost every position in Arsenal’s attack this season, as well as at left and right wing back.

That was where the young England international played at Stamford Bridge but he was outmatched by an experienced operator in the position in Chelsea’s Ben Chilwell.

Some of Chelsea’s best moments came through Chilwell getting around Saka, and Arsenal generally looked more solid when Hector Bellerin was brought on for the final stages.

This isn’t a criticism of Saka, who is often Arsenal’s best player, but this wasn’t his best showing.

Hopefully it will show to Arteta that he doesn’t have to use Saka’s versatility all of the time, and his side would have been more effective if he had played the youngster in his best position, and using a specialist in the wing-back slot.

Tuchel will have wanted Chelsea to wrap up their Champions League qualification as soon as possible and avoid a potentially uncomfortable final week of the Premier League season.

He didn’t get what he was looking for, and this result gives further encouragement to Liverpool that they could go into the penultimate fixture of the campaign within touching distance of Chelsea and Leicester.

Jurgen Klopp’s side play twice before Chelsea play Leicester in the Premier League next Tuesday (three days after the FA Cup final) and if they beat a tired Manchester United side at Old Trafford on Thursday and a relegated West Brom on Sunday, they will be within a point of the top four.

What could have been a foregone conclusion is now anything but.