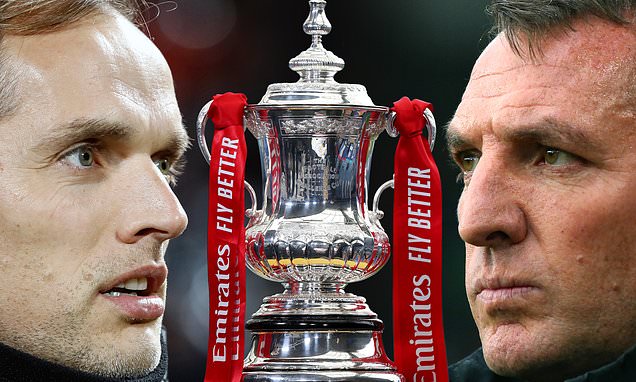 Chelsea and Leicester City contest the 140th FA Cup final in front of 21,000 spectators at Wembley Stadium on Saturday evening.

Thomas Tuchel is hoping this is the first stage in a double trophy triumph this month with the Champions League final against Manchester City to follow.

Brendan Rodgers’ Leicester are ahead of Chelsea in the Premier League table and the club are aiming to lift the Cup for the first time in their history.

The midfielder with a twin engine loves a big occasion. He was man of the match in both legs of their Champions League semi-final with Real Madrid.

Chelsea’s second goal in their 2-0 home win over Real was down to Kante as he sprinted in anticipation of winning a second ball. He won possession, Mason Mount scored and Chelsea were confirmed as Champions League finalists. 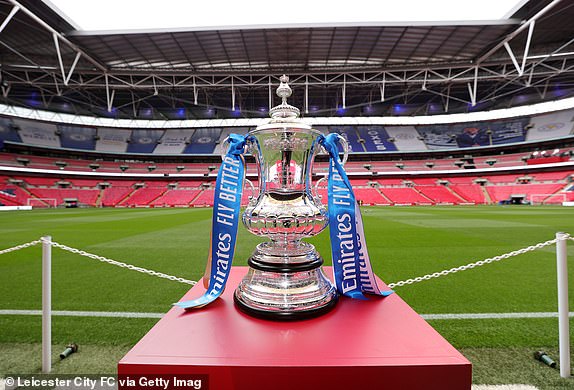 IAN LADYMAN: Traditionally the FA Cup final has been about the journey. From first round to last. Up Wembley Way with the TV cameras on board. Then up the steps, hopefully to collect a winner’s medal.

This year’s version is a little different. The season is not yet over, for example.

Saturday’s finalists, Chelsea and Leicester City, meet again in the Premier League on Tuesday and that feels strange.

But some things do not change. Long roads have been walked by people like Jamie Vardy but Chelsea manager Thomas Tuchel has made it to Wembley seemingly on fast forward.

And then there is Brendan Rodgers. This is not his first Wembley final. He won the Championship play-offs there with Swansea in 2011. But an FA Cup final feels different and is different, the type of day that can remind people how far they have come. 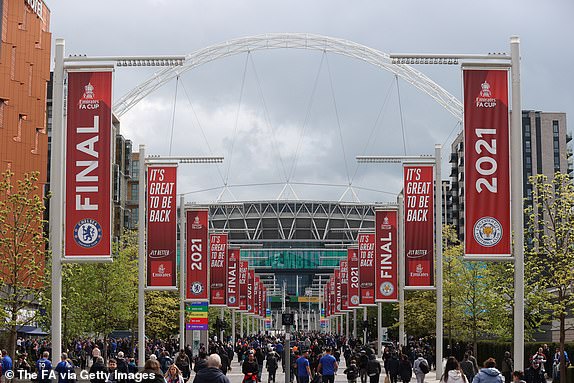 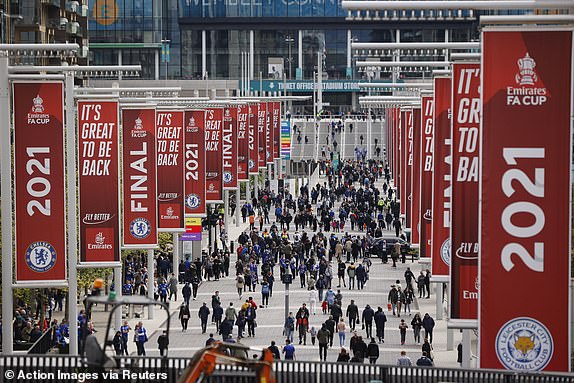 Jamie Vardy and Timo Werner have endured a vastly contrasting week leading up to the FA Cup final, in a season in which the duo appear to have experienced rather different fortunes.

Vardy, 34, will have played in all 13 FA Cup rounds come Saturday and continues to demonstrate all the energy of a 28-year-old striker in the prime of his career in a side edging towards Champions League qualification after the win at Manchester United in midweek.

Meanwhile, German counterpart Werner has been on the end of yet more stinging criticism, with former Arsenal stars Ian Wright and Paul Merson both labelling him ‘lazy’, causing Chelsea boss Thomas Tuchel to launch a staunch defence of his compatriot.

Delighted fans flocked to Wembley on Saturday with over 20,000 set to watch the FA Cup final between Leicester City and Chelsea.

Fans from Leicester who’d made the trip sported their team’s blue colours, with some in fancy dress fox costumes in honour of the club’s nickname.

Others sported silver tinfoil replicas of the FA Cup as they smiled for pictures while making the hallowed walk down Wembley Way. The on and off rain showers couldn’t dampen the enthusiasm.

It is always the showpiece occasion of the English football calendar and this year’s FA Cup final is just that little bit more special.

The fact 21,000 spectators will be inside Wembley today to watch Chelsea play Leicester City is hopefully a positive sign that life will soon be back to normal after the Covid-19 pandemic.

How fortunate those fans are to be here today to witness what should be an excellent final between two of the most impressive teams in the Premier League right now.

It’s a fifth FA Cup final in Leicester’s history – and a first since 1969 – and they’re still waiting for their first triumph.

Chelsea have had rather more success. They’re attempting to lift the trophy for the ninth time in their illustrious history.

Either way, we know blue ribbons will be on the famous trophy later on this evening.

Welcome along to our live coverage. There’s plenty of build-up for you ahead of the 5.15pm kick-off at the national stadium and full live commentary of the game. 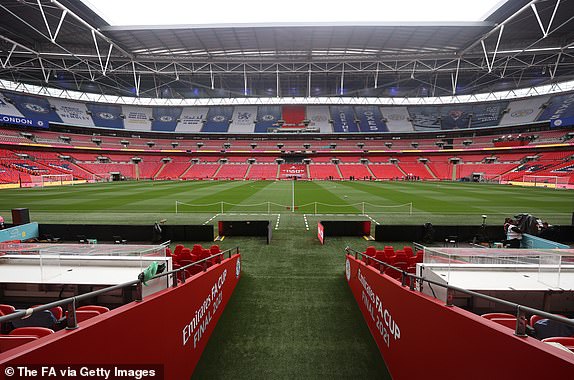 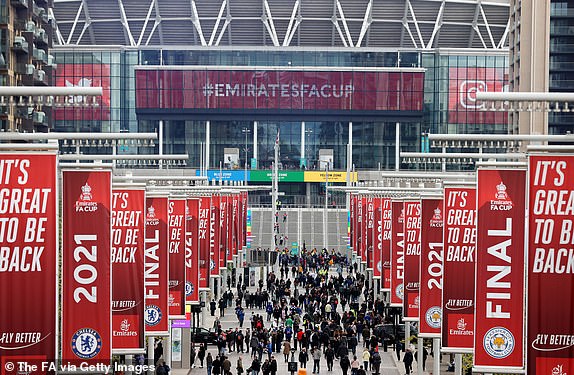