Liverpool make trip to South West London to take on Chelsea at Stamford Bridge in this afternoons Premier League clash.

Jurgen Klopp’s men have won their first five games in the league as Frank Lampard’s side look to bounce back from opening European defeat to Valencia last week.

In addition, Arsenal host Aston Villa as Unai Emery’s men look to avoid losing another lead against newly promoted side after drawing against Watford after going 2-0 up.

Sportsmail’s Adam Shergold will provide live Premier League coverage of Liverpool vs Chelsea including score and updates from Arsenal vs Aston Villa.

Right, ready for some action as the two teams emerge at Stamford Bridge and the Emirates. We will keep you right up to date from both games so stay tuned.

Both Stamford Bridge and the Emirates Stadium filling up nicely as the fans take their seats.

The players going through their final preparations and rituals before lining up in the tunnel.

Kick-off is just moments away now in both our 4.30pm kick-offs.

Klopp: ‘Title race over? You must be kidding!’

Joe Bernstein: Jurgen Klopp has dismissed any idea the Premier League title race is over after five matches because he thinks every title challenger will drop points this season.

Liverpool have won their last 14 matches leading to Pep Guardiola to jokingly congratulate them as ‘champions’ after Manchester City’s shock defeat at Norwich.

But Klopp is wary of the strength throughout this season’s Premier League. He said: ‘Nothing is won already. We have seen teams make big steps.’

Chelsea have won just one of their last nine Premier League meetings with Liverpool (D5 L3), beating them 1-0 in May 2018 thanks to an Olivier Giroud strike.

Having won just one of their first 16 Premier League away games against Chelsea (D4 L11), Liverpool have won five of their last 11 at Stamford Bridge in the competition (W5 D3 L3).

In all competitions, Chelsea have only failed to score in one of their last 20 meetings with Liverpool, in a 0-2 defeat at Anfield last season.

Chelsea have beaten the side starting the day top of the Premier League on 18 occasions – three more than any other side.

Chelsea have only suffered one defeat in their last 24 Premier League games at Stamford Bridge (W13 D10 L1) and have avoided losing in their last 11 (W6 D5).

Liverpool boss Jurgen Klopp has won two of his four Premier League away games against Chelsea – no Liverpool manager has won three games in the competition at Stamford Bridge.

Frank Lampard will be the 16th different Chelsea manager to face Liverpool in the Premier League – none of the last six have won their first league meeting with the Reds, since Carlo Ancelotti did so in October 2009 (D3 L3).

Chelsea’s last 11 Premier League goals have been scored by English players – excluding own goals, this is their joint-longest run of English scorers, also scoring 11 consecutively between September 1993 and January 1994. 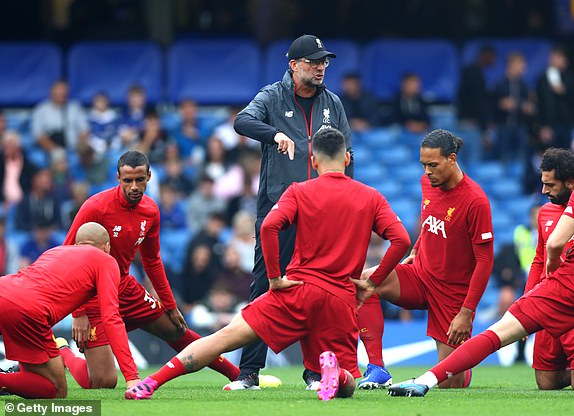 Arsenal have handed a full Premier League debut to 18-year-old Bukayo Saka for the visit of Aston Villa.

The winger scored once and laid on two assists in the Gunners’ 3-0 victory over Eintracht Frankfurt in the Europa League on Thursday.

He retained his place as Unai Emery made six changes from the win in Germany, with Bernd Leno, Sokratis Papastathopoulos, Ainsley Maitland-Niles, Matteo Guendouzi, Dani Ceballos and Nicolas Pepe all recalled.

Mesut Ozil only returned to the bench after Emery said he was rested for the trip to Frankfurt despite having only played 71 minutes so far this season.

Villa made only one alteration as Trezeguet returned from suspension to replace Jota. 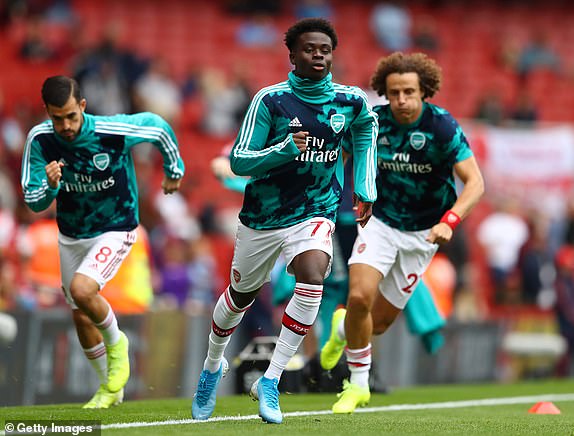 REPORT: Misery for Man United as they go down to West Ham

Ian Ladyman at the London Stadium: As soon as Aaron Cresswell’s free-kick found the corner of David de Gea’s net with six minutes left, the away end of the London Stadium started to empty. It takes a lot for Manchester United’s travelling support to turn their backs on their team but afternoons like this will do it.

Against a West Ham team that did not even have to play to its potential to win, United rolled over to a second Premier League defeat of the season. Ole Gunnar Solskjaer’s team have won just two of their opening six games and sit eighth in the table ahead of Chelsea’s game with Liverpool this afternoon.

That – strange as it sounds – feels about right for this poorly assembled, modestly-talented group of footballers. There is no longer a feeling of shock about results like this. 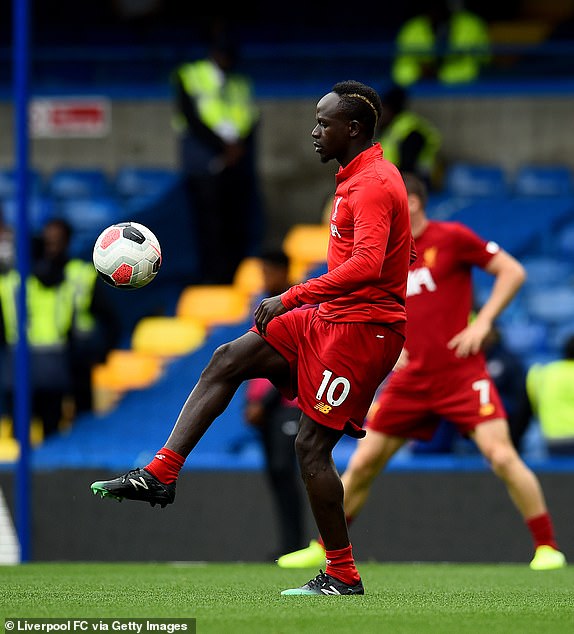 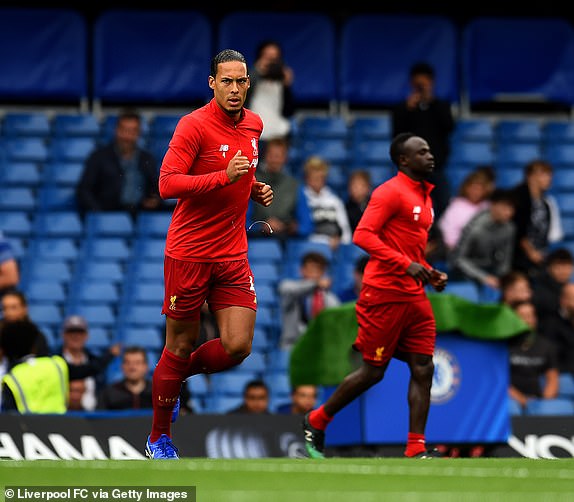 What a cracking way to end the Premier League weekend, with Chelsea hosting Liverpool and Arsenal also playing host to Aston Villa. Follow all of our coverage here. 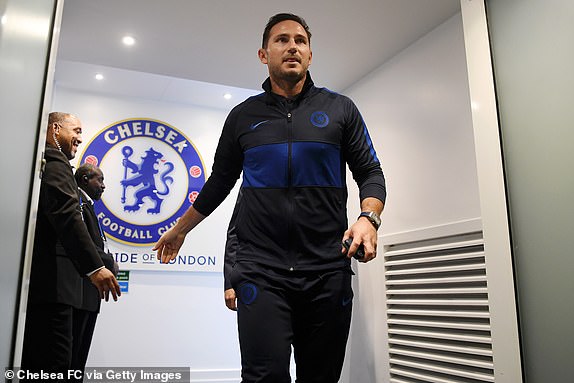