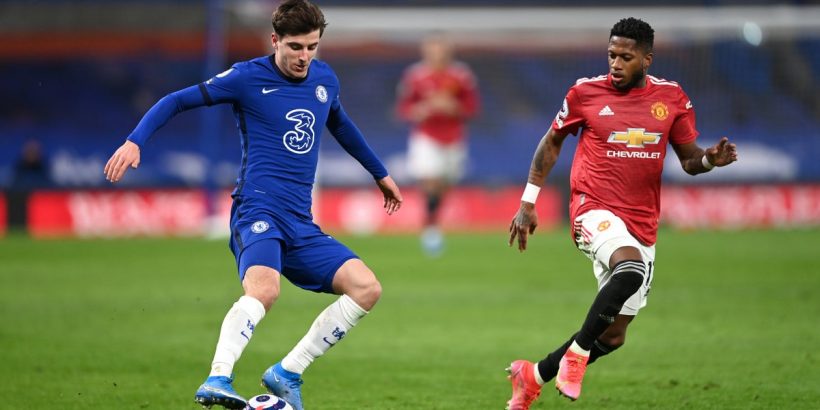 The race for the Champions League places remains so unpredictable, partly because the games between the main sides are so predictable.

That is especially the case with those involving Manchester United. This 0-0 away to Chelsea was their fifth against one of the so-called ‘big six’ this season, having endured that score against all of them except Tottenham Hotspur. Their fixture against Jose Mourinho’s side meanwhile brought one of their few goals in such games, except that was a penalty. They haven’t scored in open play in one of these games since the last before the pandemic, the 2-0 win over Manchester City.

This shouldn’t be to absolve Chelsea. They remain unbeaten under Thomas Tuchel, but evidently unfinished.

There were occasional nice interchanges and triangles but the fact it’s so early in the German’s reign was revealed by how quickly so many moves broke down. The hallmark of the game was bad passes.

It was thereby one of those games where, even more tediously, a VAR decision will dominate discussion. That this time wasn’t down to the controversy of the incident, but more the absence of anything else to talk about.

A first-half goal might have fired things up a bit, but Callum Hudson-Odoi – who later went off injured – was let off the hook.

The call was one of those that just wouldn’t have been given before VAR, but that you now see given all time with its use. That made the eventual decision at least questionable. Despite that, it was Tuchel that was much more aggrieved. He pointed to how it came from a free-kick that shouldn’t have been a foul. Solskjaer meanwhile looked like he was trying to suppress a laugh as the German got increasingly irate.

It was a reflection of the game that the antics on the sideline were for a long time much more interesting than the football. That was because it for a long time looked like a game of trying to win free-kicks off each other, rather than actual ‘play’, which the managers were then responding to.

Giroud had accused Maguire of “lying” when he went down under one high foot, acting as if he had been kicked, only for the French striker to later scream at a nothing challenge.

This is what the match was, though: a scrappy game. It was as if every move taken – such as Solskjaer starting Dan James to try and exploit Chelsea’s wide play – just ended up bringing responses that cancelled them out.

It didn’t help that the techiness began to affect some of the technique. There were so many bad touches and bad passes. Players weren’t just missing teammates with balls but often sending them yards beyond.

Antonio Rudiger in fact looked the best attacking player on the pitch for a period, introducing a bit of impetus with one surging run, and then playing a glorious cross-field ball.

It was then Fred, of all people, who had the best attempt on goal. On 67 minutes, he curled a brilliant effort just wide from distance.

The array of forwards were nowhere near as imaginative. There was a hesitancy. Mount had burst through from one break only to check back on himself, and see the opportunity fritter away.

A little later, with the Chelsea half finally opening for United and Marcus Rashford scorching forward, Bruno Fernandes played a through ball straight to Cesar Azpilicueta.

There has been a drop-off in his precision and productivity of late.

It’s still hard to say whether it’s just a natural dip, or maybe the effect of playing so much. The two teams meanwhile could have played this game for another week and there wouldn’t have been a goal. The goalkeepers were barely tested, Edouard Mendy only creating a bit of anxiety for himself with his own suspect touches. David De Gea wasn’t quite so exercised.

When Reece James finally fired across an inviting ball eight minutes from the end, Victor Lindelof did well to get there just in front of Timo Werner.

In one of the last meaningful acts of the game, James just passed the ball straight out of play. That summed it up, and mercifully wrapped up.

The only interesting thing is it keeps the race for top four so open.