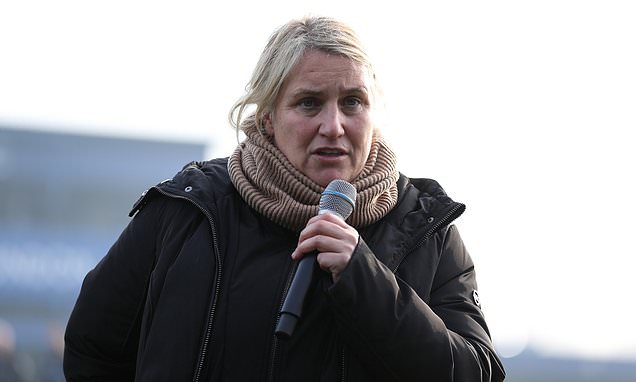 ‘It’s wrong for the timing, right for the players’: Chelsea Women’s boss Emma Hayes’ impassioned speech to their fans after WSL clash with Liverpool was called off after SIX MINUTES due to a frozen pitch (and she even offers to buy everyone a hot dog!)

Chelsea Women manager Emma Hayes promised to buy fans a hot dog if they attend the next game after the Women’s Super League clash against Liverpool at Kingsmeadow was called off after just six minutes due to a frozen pitch.

The game passed a pitch inspection just two-and-a-half hours before kick off.

However, it was called off in the early stages of the game due to concerns over players falling over, with referee Neil Hair bringing a halt to proceedings. 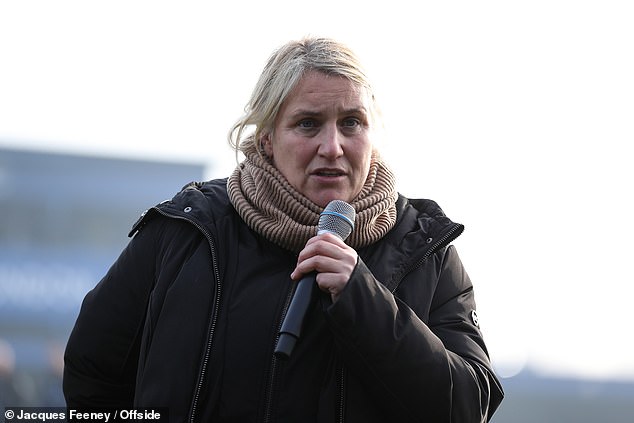 Speaking into a microphone, Hayes made sure to address the Chelsea fans who had attended the game.

She described the decision to call the game off as ‘wrong in terms of the timing but right for the players.’

‘Second of all, everyone wanted the game to be on and there was a fair attempt on all parts to do it. The pitch inspection determined that the game was on at about 10.30.

‘To be honest with you, the decision to call it off at this moment is wrong in terms of the timing but right for the players.’ 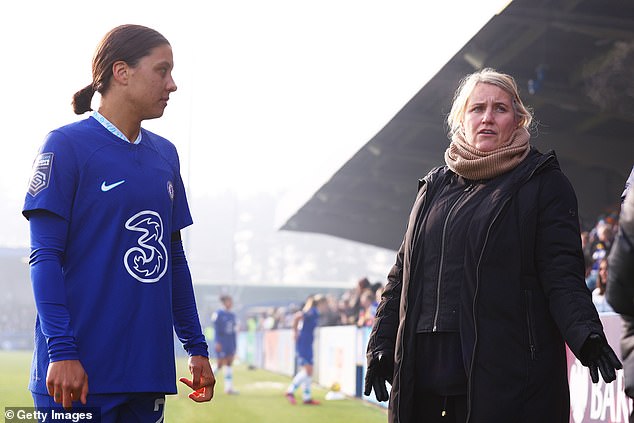 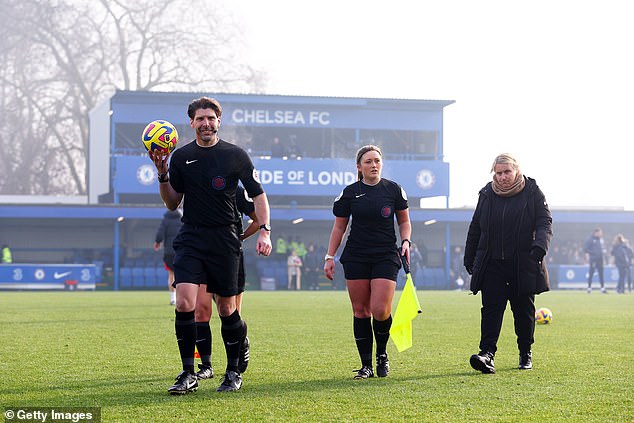 Hayes added that she was ‘gutted’ for the fans who had travelled and stressed that the league needs to learn from this situation.

She said: ‘I think we have to reflect and learn as a whole as a league to make sure we’re not putting fans in positions like this again.

‘I want you to understand that from the players’ perspective the pitch is unplayable. It’s really icy down the sides and it’s easy for an accident to happen.

‘I just feel gutted for you guys that have come out and I promise you I’ll buy you all a hot dog if you come to the next game. Thank you for coming.’ 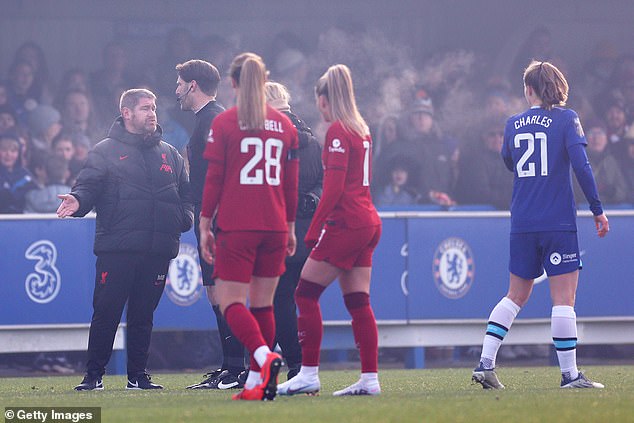 Chelsea put covers and heaters on the pitch prior to kick-off, with leaf blowers removing ice from the turf.

Although the removal of the covers had delayed the warm-ups and the entry of fans to the stadium, the kick-off time wasn’t changed.

Hayes stated the game shouldn’t have started and described the pitch as being like an ice rink.

She said: ‘The game should never have started. Everyone wanted to get the game on but when you have got emotions of teams wanting or not wanting to play, that’s when you need a decision from above. The FA weren’t here – they need to be making the decision.’

Chelsea Women are scheduled to play Tottenham away on Wednesday in the quarter-final of the FA WSL Cup. Their next home game is also against Liverpool in the FA Women’s Cup fourth round on Sunday.