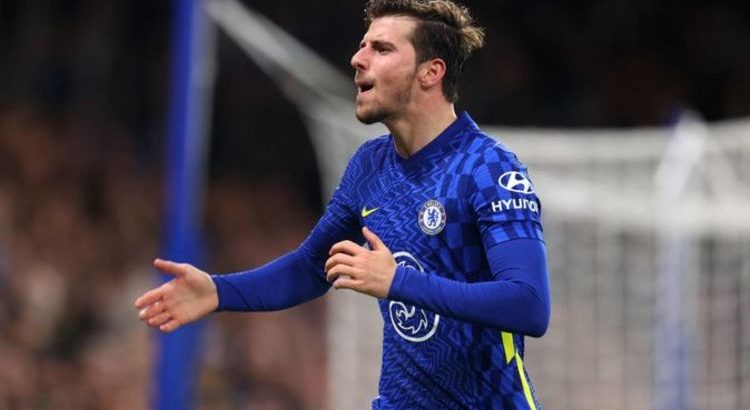 Chelsea might have expected a difficult period without their two star wing-backs but the impact their absences have had go far wider than just football. Mason Mount is one that appears to have been affected after the loss of his two close pals.

Chelsea have had a dip in form since the injuries to Chilwell and James, the former being out for the rest of the season.

But the wide-ranging effects have been detrimental to the squad as a whole and it is up to Thomas Tuchel to find a solution.

Prior to Chilwell’s injury, the Blues were flying – in the month before they had beaten Norwich, Newcastle, Leicester and Juventus all by three-goal margins – not conceding one.

When the England international limped off against Juve and the news filtered through that it was serious, the mood quickly dropped.

In six Premier League games, the 25-year-old had scored three and assisted one – while his partner in crime on the other flank had also been in flying form.

James has scored five in all competitions and set up six and the duo were largely responsible for Chelsea’s fine form and clicked Tuchel’s system into place.

Their supreme fitness meant they could zoom up both flanks with ease throughout a full match while the attacking output meant defences were being suffocated with no way out.

Now with the pair out for a significant amount of time, that devastating tactic has been unavailable.

Marcos Alonso and Cesar Azpilicueta have many qualities but pace is not one of them – which is crucial to keeping the pressure on.

It has meant they have had to stand off and stay back to avoid being beaten on the counter whereas Chilwell and James would push up into the attacking third as much as possible.

That has had a knock-on effect to the other players, specifically the ones behind the striker – in this case, Mount.

With Chelsea chasing the game against Manchester City, it was telling that Tuchel turned to Callum Hudson-Odoi and Timo Werner before turning to the 23-year-old to make a difference.

It surprised many fans to see Christian Pulisic and Hakim Ziyech start ahead of the England international while some have remarked that his form has somewhat dropped.

When asked if this was because of the season-ending injury to Chilwell, Tuchel said: “Yes, that’s a good point. I think he’s also missing Reece James.”

The trio have brilliant chemistry on the pitch and are best friends off it and finding that balance with Alonso and Azpilicueta is not quite there yet.

While Mount was less than pleased with being dropped against City, he will no doubt be back in the side before long – but he must find a way to ramp his game up without his buddies.