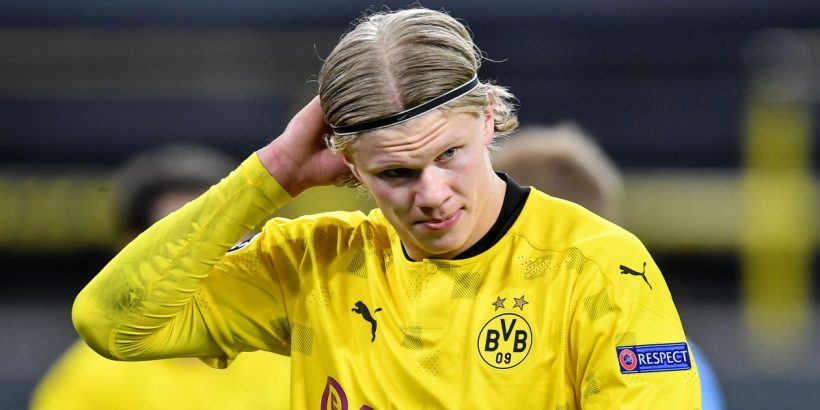 Chelsea are reportedly "working intensely" to bring Erling Haaland to Stamford Bridge this summer – but the Borussia Dortmund star's wages could prove a stumbling block in negotiations.

Haaland, 20, is one of the most sought-after players in European football after registering an astonishing 41 goals in as many games for Dortmund last season.

As well as Chelsea, it is believed Manchester City and Manchester United are also keen to sign the Norwegian sensation.

However, former Middlesbrough and Norway striker Jan Aage Fjortoft says it is the Blues who recently ramped up their interest in Haaland ahead of the summer window.

According to Fjortoft, Thomas Tuchel and co believe he is the missing ingredient in their bid to challenge for the Premier League title next season.

Yet, he also reports that Haaland's staggering £30million-a-year salary could cause problems because of Chelsea's current wage structure for young players.

"He is seen as the “missing” player to make them challenge for the PL-title next season.

"Fee very high, but confidence that this can be solved.

"The main obstacle could be the wage-structure at Chelsea".

Tuchel is keen to add a striker to his ranks at Chelsea this summer following Timo Werner's disappointing debut season in England.

The Germany ace, who sealed a £54million move to Stamford Bridge from RB Leipzig last year, struggled in front of goal and only netted 12 times in 52 appearances.

There are also doubts over the future of Tammy Abraham, who fell out of favour when Tuchel replaced Frank Lampard at the end of January.

According to The Telegraph, Chelsea are exploring the possibility of including the 23-year-old in a potential player-plus-cash deal for Haaland this summer.

Abraham scored 18 goals in 47 games under Lampard last term, but Tuchel has deemed him surplus to requirements since taking the Blues reins.