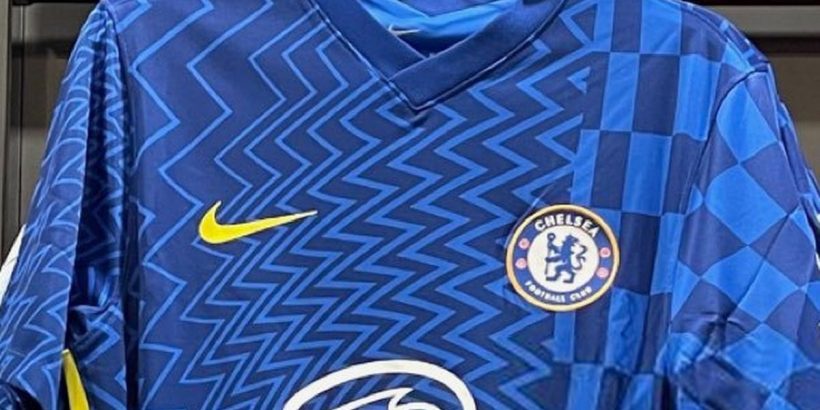 Chelsea’s home kit for the 2021/22 campaign has been spotted on sale in Mexico – and the unusual design is likely to divide opinion amongst supporters.

The new strip is a controversial one to say the least, with Nike opting for a very different look to this season’s kit.

Football kits website Footy Headlines have released photos of the design, which features an abstract zig-zag and checker all-over print on the shirt.

It also has a v-collar as opposed to this year’s crew neck, along with yellow stripes along the sides.

On the back of the collar, the acronym ‘CFC’ can be found in yellow font.

It is believed the kit will be officially released in May 2021 ahead of the conclusion of this season’s Premier League.

Chelsea will hope to wear their striking new outfit in next season’s Champions League, yet they have a battle on their hands to secure a place in the competition.

With nine games to play in the Premier League, they currently sit two points clear of West Ham in fourth place, while Tottenham are only a point behind the Hammers in sixth.

Liverpool and Everton, who are down in seventh and eighth on 46 points, are also likely to stay in the race for Champions League qualification.

However, another way Thomas Tuchel could guide the Blues into next season’s Champions League is by winning the tournament this term.

Chelsea are set to face Porto in the quarter-finals this month, with Liverpool or Real Madrid awaiting in the semi-finals.