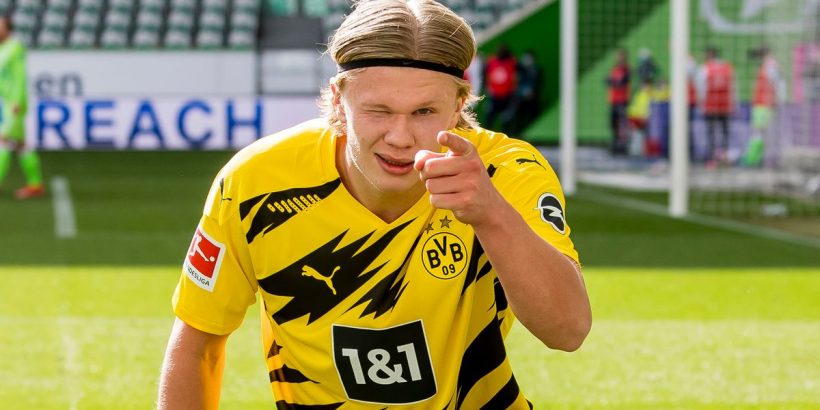 Chelsea might have their very own Erling Haaland on their hands that could save them millions in the transfer window.

The Borussia Dortmund star is one of the top targets at Stamford Bridge after a brilliant season.

The 20-year-old scored an astonishing 41 times in 41 matches – including 10 in the Champions League.

However, signing the Norway international could prove borderline impossible after Dortmund slapped a whopping £150m price-tag on his head – while the likes of Real Madrid, Barcelona and Manchester City are also interested in the striker.

It has led to Chelsea widening their search for a striker, with Romelu Lukaku also on their radar – but one could be right under their noses.

Armando Broja has put in the hours on the training pitch and his hard work is paying off this year on loan to Vitesse Arnhem.

Introduced to the Chelsea fans by Frank Lampard last season when he gave him his first-team debut, the Albania international has now got a full season of football in an international league under his belt.

A return of 11 goals in 31 appearances does not do the 19-year-old justice, as what might get forgotten is his brilliant development.

Many of the attributes that Haaland possesses – pace, strength and sheer explosiveness – Broja has too.

Playing for the Albania Under-21s, the striker caught the eye with a brilliant goal against Andorra's Under-21s.

Despite being seemingly nowhere near the ball, the Chelsea youngster sprinted through with jaw-dropping speed to race clear of the defence before smashing one past the goalkeeper.

Blues fans were blown away, with one saying: "Chelsea has Haaland already and still thinking of signing Haaland??"

Another said: "We have a star boy on our hands."

Who should Chelsea sign in the summer transfer window? Leave your comments below.

It speaks volumes that Thomas Tuchel has taken notice and wants to see what the Slough-born starlet can do on pre-season with the seniors.

Chelsea are hoping to tie up a new contract with Broja as soon as possible with his deal expiring next month.

With Tammy Abraham and Olivier Giroud eyeing the exit door at Stamford Bridge, this could be a breakthrough campaign for the teenager.