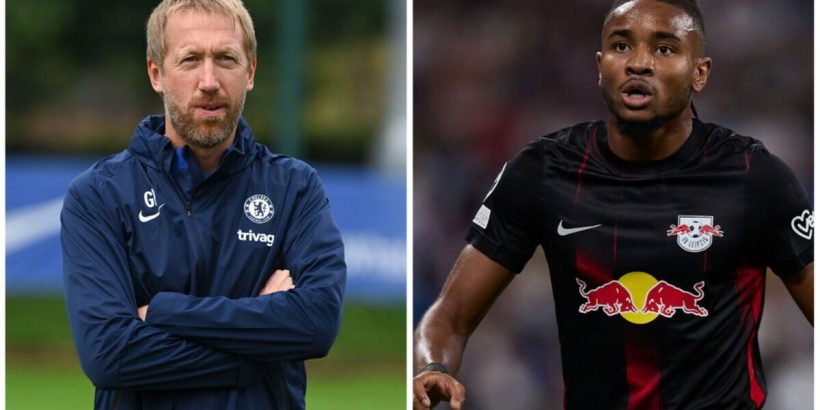 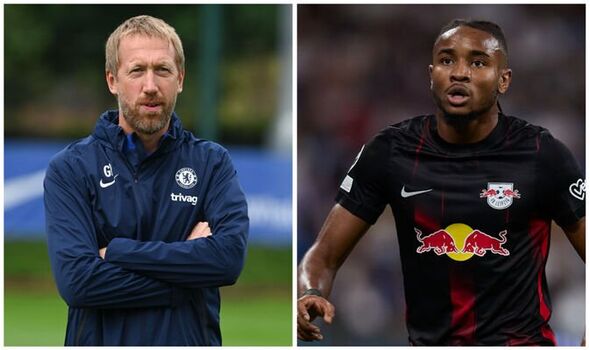 Chelsea may have spent a British record £272million this summer but the Blues are already making preparations for the future with three new signings targeted next summer. American owner Todd Boehly sanctioned eight new arrivals across the summer but the billionaire has devised plans to secure deals for some of their top targets, including Christopher Nkunku.

Graham Potter will have to wait until January at least to make his first signing after taking over from Thomas Tuchel just seven days after the summer transfer window closed. But after bringing in his own recruitment analyst in Kyle Macaulay and a new sporting director set to be appointed, Chelsea are wasting no time in mapping out their future plans to suit Potter’s vision. 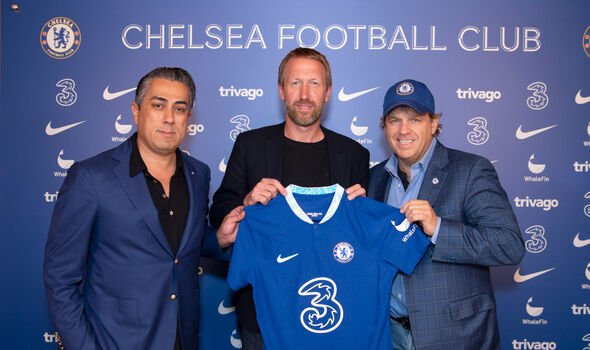 For the first time in his Chelsea career, there are question marks hanging over Edouard Mendy’s position as their No 1 between the sticks. Kepa Arrizabalaga was brought into the team against Red Bull Salzburg by necessity by Potter after the Senegalese was sidelined through injury.

But Mendy’s recent dip in form has propelled the Spaniard back into the running to win back his place, which he first lost under Frank Lampard and has struggled for game time since. Potter will know it can only be a good thing if Arrizabalaga’s form will encourage Mendy to improve, but he may face a decision to make in the coming months.

At the back, Wesley Fofana was benched for Potter’s first match but the Frenchman is regarded as a big part of the club’s future. He looks set to learn a great deal from the world-class operator Thiago Silva. But with the Brazilian now 38, Josko Gvardiol could join in a double deal with Nkunku from Leipzig after being linked with a £77m move this summer, with Reece James and Marc Cucurella filling in as full-backs or wing-backs. 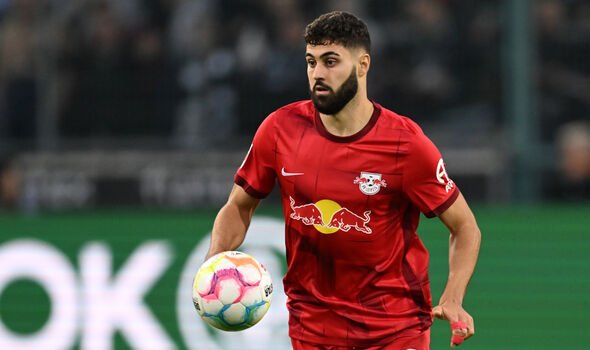 Potter is blessed with an array of talented central midfielders this season, but it could be all change depending on what the club decide to do with Jorginho and N’Golo Kante. The pair have been regulars in the engine room since 2018, but now over the age of 30, Chelsea are mulling over whether to extend their contracts.

It is certainly no surprise that Boehly is keen to jump to the front of the queue in the race to sign Jude Bellingham, who is likely to become the subject of a transfer tussle between Europe’s heavyweights such as Real Madrid, Liverpool and Manchester City, as well as Chelsea.

Signing the 19-year-old would require a huge investment, with Borussia Dortmund likely to demand around £130m. And that could see one of Jorginho or Kante depart to make room for the England starlet next summer if they are successful in capturing the Birmingham trainee. 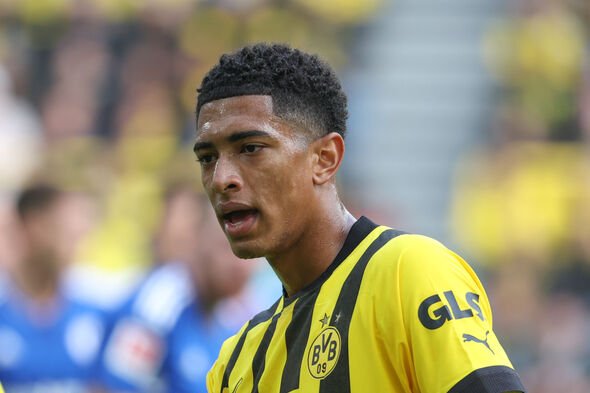 The first marquee signing could be RB Leipzig star Nkunku, who has shot to stardom in the Bundesliga after scoring 26 goals last season. The 24-year-old is rated at around £80m by his club and agreed a one-year extension which will only increase his value ahead of his expected departure in 2023.

But speculation persists that Nkunku could be the latest big name to join Boehly’s revolution at Stamford Bridge. It is understood the attacker underwent a medical check in Frankfurt in August, which was overseen by a club doctor from Chelsea, which will only fuel suggestions his move to England is a matter of time.

The Premier League side know that as part of Nkunku’s renewal, he will be allowed to leave the Bundesliga outfit for £53m next summer. That could suit Chelsea, who will be looking for a long-term striker to fill the No 9 role and slot in alongside Kai Havertz, Mason Mount and Sterling, with Aubameyang at 33 unlikely to be first-choice beyond this season.