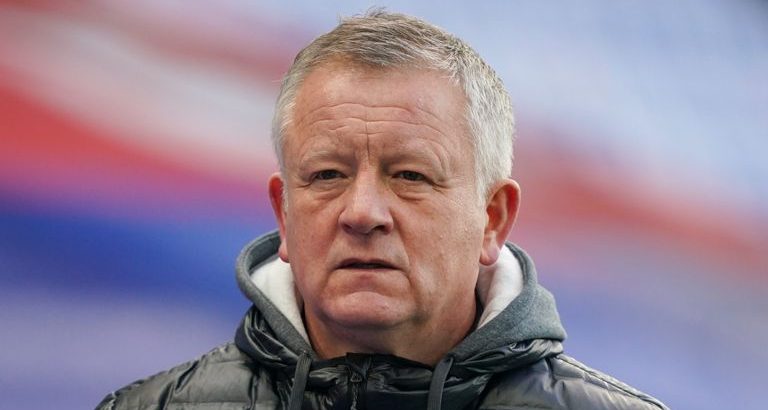 Chris Wilder has left his role as manager of Sheffield United.

Wilder took over at Bramall Lane in May 2016 and guided the club to promotion from League One in his first season.

He took Sheffield United into the Premier League just two seasons later and led them to a hugely creditable ninth-place finish in their first campaign back in the top flight.

However, the Blades have spent almost the entirety of this season bottom of the Premier League table and are currently 12 points off safety with 10 games remaining.

They face Leicester at the King Power Stadium on Sunday, live on Sky Sports.

A press conference with Wilder to preview that match was cancelled by Sheffield United on Friday.

Last week, Wilder said he did not know if he would be manager next season, despite confirming he wants to remain in charge at Bramall Lane if the board and owners “stick to the plan”.

Some reports suggest there have been clashes with ownership over plans to appoint a director of football, with Prince Abdullah feeling Wilder’s recruitment record has been below par.

The Blades have lost 22 of their 28 Premier League matches but have reached the quarter-finals of the FA Cup, where they travel to Chelsea next weekend.

Relegation battle examined: Who will survive?

Sheffield United are currently 12 points adrift from safety at the foot of the table, with West Brom eight points behind 17th-placed Brighton – but Fulham have hit form and sit level on points with the Seagulls, with one extra game played.

Only eight points divide the Cottagers in 18th and Crystal Palace in 13th, which leaves all the teams in between in danger of slipping into the second tier come May: Brighton, Newcastle, Burnley and Southampton.

Here, we take a look at each club’s current trajectory in form, how the fixture lists compare, and Paul Merson contributes his views…