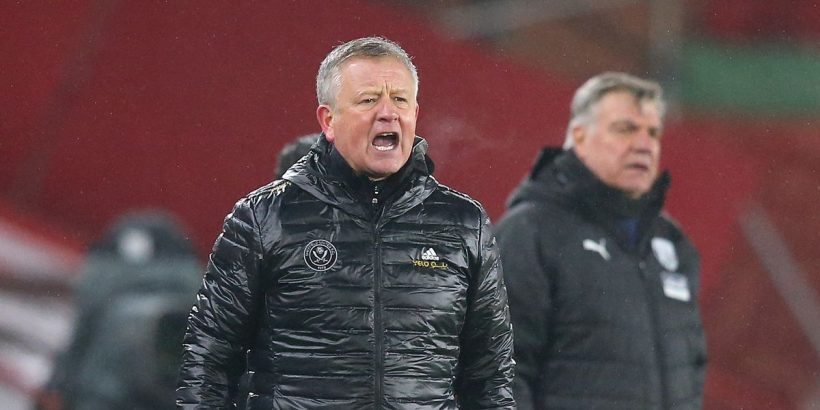 Chris Wilder will be offered the West Brom job if current boss Sam Allardyce leaves in the summer.

Allardyce has an 18-month contract with the Baggies but there is also a break clause in it which can be triggered at the end of this season.

And with the Midlands club heading for the Championship, it appears unlikely that Allardyce, who has never been relegated as a coach before, will be staying.

That will open the door for ex-Sheffield United manager Wilder, 53, to make a quick return to football management.

He was sacked by Premier League basement-boys United last weekend after more than five years at the Bramall Lane helm.

But Wilder’s record of winning two promotions in three seasons with the Blades, including into the top flight in 2019, means West Brom regard him as the ideal person to get them back up.

Wilder has been linked to the West Brom job before back in June 2019 but opted to remain at Sheffield United instead of making the move to the Hawthorns.

The Baggies have struggled under both Allardyce and former boss Slaven Bilic this season, leaving a return to England' second-tier looking increasingly likely.

The Midlands club are rooted in 19th place in the Premier League table and have picked up just three wins all season – one of which came against Wilder's Blades.

While their fate is not yet sealed, it would take a remarkable turn of events for the Baggies to repeat their great escape of 2005.

Allardyce's side have nine games remaining to spark a dramatic recovery, although six of those are against teams in the top half of the table.

Of West Brom's 18 points this season, just four have come against sides currently residing in the upper part of the Premier League.