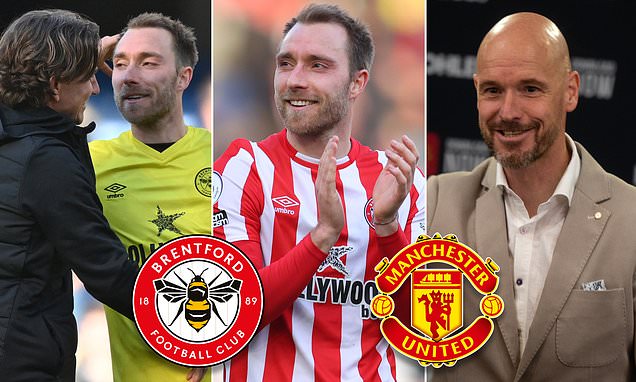 Manchester United and Brentford are awaiting an answer from Christian Eriksen over their contract offers once he returns from holiday.

The Dane is set to pick between his current club and United, both of whom have offered him a contract as his six-month deal with the Bees is set to expire at the end of the month.

Sky Sports report both proposals are ‘very good’ – but the Red Devils’ offer is thought to be ‘more financially lucrative’. 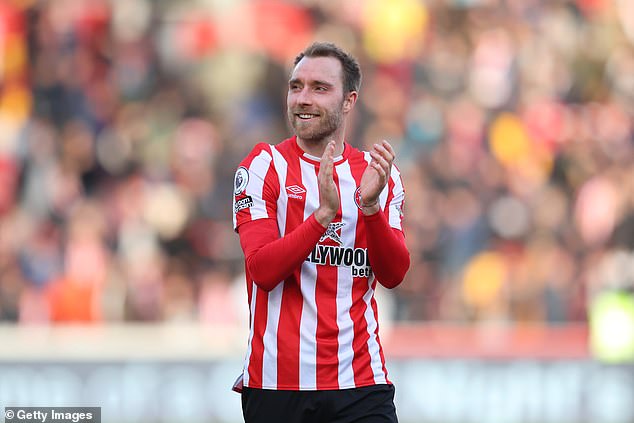 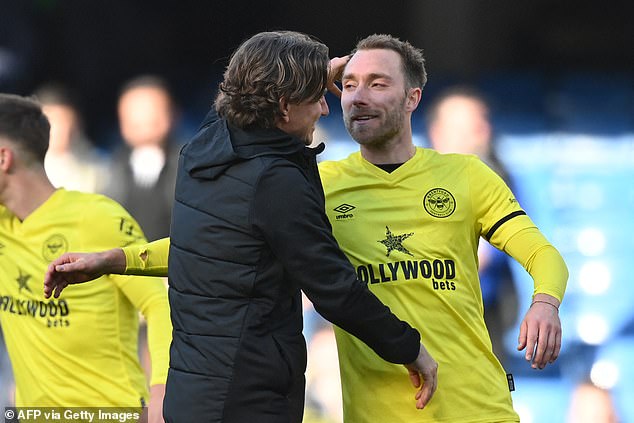 The attacking midfielder, 30, has the option to remain with Thomas Frank (centre) and his side

Eriksen, 30, suffered a cardiac arrest on the pitch playing for Denmark at Euro 2020 in June 2021, and his contract at Inter Milan was terminated because players in Italy are not allowed to wear ICD devices.

But due to less strict rules in England, he returned to the sport, signing a short-term deal with the west London club in January, and impressing in his 11 Premier League appearances this season, scoring one goal and helping Brentford avoid relegation.

With his contract coming to an end, interested clubs can sign him for nothing this summer, with United, former club Tottenham, West Ham and Everton among the clubs linked with his signature. 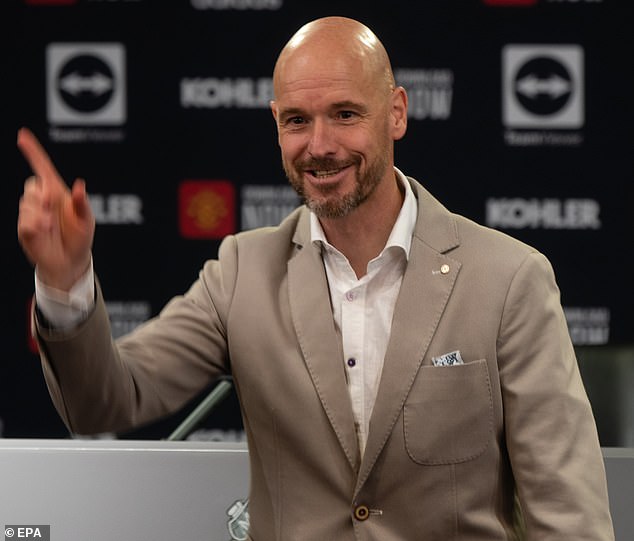 The chance to work with new Red Devils boss Erik ten Hag, under whom he played at Ajax, and the chance to join their new era is said to be an attractive one, but his family reportedly have concerns about moving up to the north-west from London.

Whichever club he chooses, Eriksen is believed to want regular first-team football to ensure he secures a spot for Denmark at the Qatar World Cup in November. Money is also not thought to be his primary concern – which may be a boost for Brentford.

Sky also state a return to Spurs is unlikely after Antonio Conte’s side strengthened their midfield with the addition of Brighton’s Yves Bissouma for £25million.