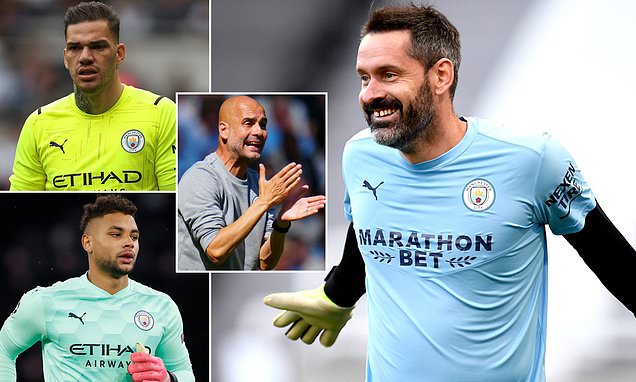 Manchester City’s third-choice keeper Scott Carson, 36, set to be handed his first meaningful Premier League appearance in 3,765 DAYS at Leicester, with Ederson banned over ‘red list’ row and No 2 Zack Steffen out with Covid

Pep Guardiola’s hand has been forced and the champions may have to trust the 36-year-old against Brendan Rodgers’ side with Ederson and Zack Steffen unavailable.

The Brazilian FA are leading the South American nations taking revenge for clubs blocking their players from travelling to ‘red-list’ countries, by imposing a ‘five-day restriction’ on the players they called up, even though they did not fly. 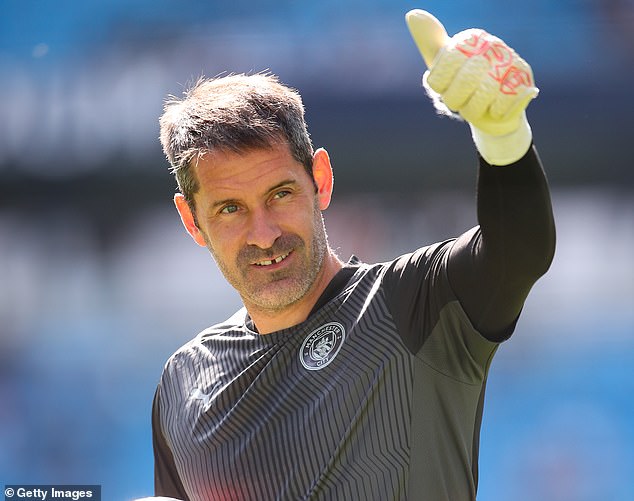 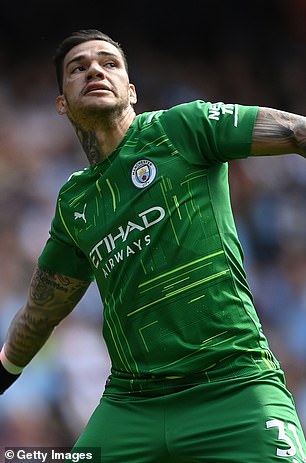 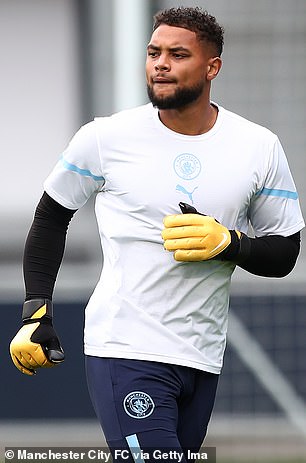 That means City’s No 1, Ederson, would not be allowed to play and the club could face punishment from FIFA if they chose to start him.

The rule is agreed by the 211 member nations, in which a five-day playing restriction is automatically applied if a national association requests it.

And the Brazil FA are invoking the rule for players that were blocked by their clubs in the Premier League from joining up with the team, except Richarlison as they have a strong relationship with Everton.

American 26-year-old Zack Steffen would be the next cab off the rank as Ederson’s deputy but he tested positive for Covid on international duty with the USA.

Steffen will miss the Leicester game and could still be out of the reckoning for the Champions League clash with RB Leipzig on September 15.

So Carson is likely to make only his second start for City having made his first Premier League appearance in a decade last season when the title was already won.

Guardiola selected him in the game against Newcastle last May, a match he conceded three goals in, although City won it 4-3.

That means it will have been 11 years, a total of 3,765 since his last competitive start in the English top flight.

Carson started his career at Leeds before moving to Liverpool where he was loaned out on three separate occasions.

He then played more than 100 times for West Brom before spending two season in Turkey with Busaspor before joining Wigan and then Derby.

Derby loaned Carson out to City between 2019-21 before they signed him permanently.

City will not be as badly affected as title rivals Liverpool, who will be without Fabinho, Alisson and Roberto Firmino, but Gabriel Jesus is another of their Brazil stars who will be unable to play. 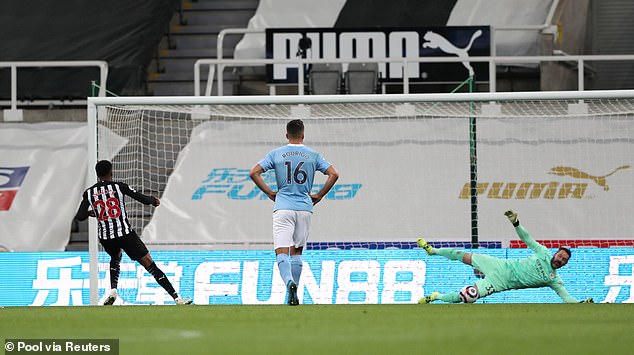