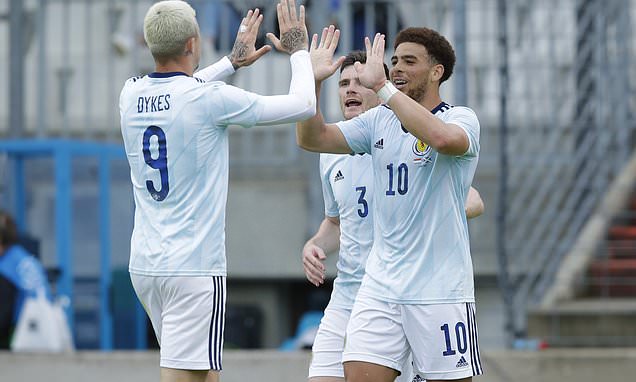 Scotland ‘will certainly be playing for the three points’ against the Czech Republic, insists manager Steve Clarke as he vows to go on the attack in a bid to secure a spot in the knockout stage of Euro 2020

Steve Clarke will ignore those who have urged caution in the opening game of a major tournament – because he believes victory against Czech Republic could be enough to take Scotland into the last 16.

The Scots kick off their Group D campaign at Hampden Park on Monday, where it is likely Clarke will name an attacking line-up with Southampton’s Che Adams and QPR’s Lyndon Dykes paired in attack.

And with four of the six third-placed teams advancing to the second round, Clarke says it would be foolish not to target an immediate victory, especially with England and Croatia to come. 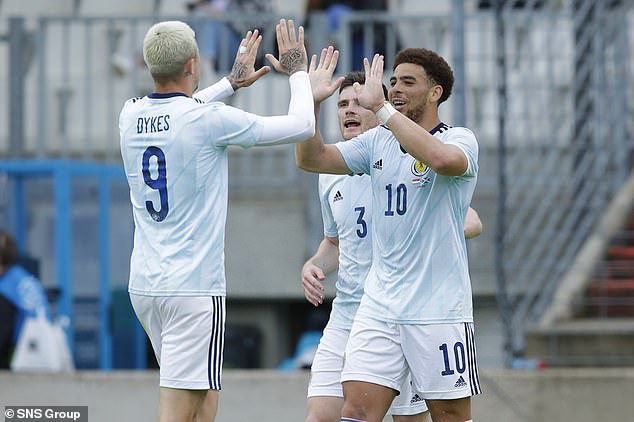 ‘A win would be massive in the first game,’ he said.

‘Anybody I have ever spoken to who has been at a tournament or worked at one, has always been quite strong on the fact that you shouldn’t lose the first game.

‘Historically, a lot of the opening Word Cup and European Championship games are draws, because both teams realise the value of getting something out of that first game.

‘But we will certainly be playing for the three points, and I am sure the Czech Republic will be as well.

‘Normally, three points in recent tournaments can almost guarantee you a place in the last 16. That would be a great start.’

Clarke knows that his every decision will be debated in the coming weeks, but he added: ‘This is why we qualified, we want to be in these tournaments. You want to be questioned. You want to be under scrutiny and put under pressure.

‘I have never been to a major tournament. I am sure somewhere along the way I will make a few mistakes, but we will learn from them, hopefully very quickly.’