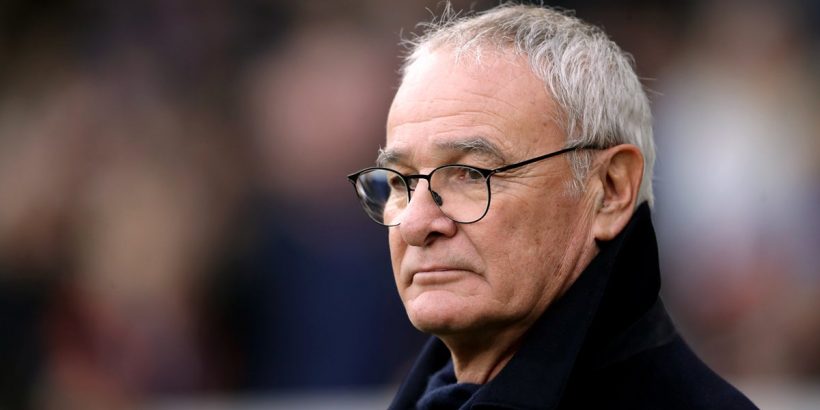 Watford boss Claudio Ranieri is not concerned about the trigger-happy methods of his new employers as he targets Premier League survival.

The Italian, who turns 70 next week, has replaced Xisco Munoz at Vicarage Road after the Spaniard was sacked for picking up seven points from the opening seven games of the season.

Xisco was the seventh manager at Vicarage Road to lose his job in less than five years, but Ranieri is not phased by the environment he is coming into.

“In Italy it is normal to change the manager,” he said. “There are three or four teams changing their managers. We have to do our best, I can’t think about the previous manager.

“Xisco was my player at Valencia, I hope he can find a new solution very soon. Now I have to do my best for Watford.

“It is normal in Italy and also in England, slowly, slowly it is the same, not only at Watford.”

Watford are four points above the drop zone in the early part of the season, but Ranieri, who last worked in the Premier League with Fulham in 2019, is only looking at survival.

“I am an ambitious man and I hope to bring Watford to be safe at the end of the season and also to improve next season.

“We have to be safe and then slowly slowly look up. The programme is very ambitious and I am ambitious and then I hope it will be fantastic for Watford and our fans.

I love English football but I loved it before I arrived in 2000. Very tough, very strong, every duel and that’s what I want from my players.

Ranieri’s reign at Vicarage Road begins with a tough test against Liverpool on Saturday lunchtime.

The former Chelsea and Leicester boss has yet to meet all of his players because of international duty.

“I don’t want to cry, there are some players I don’t know. Tomorrow I have all of my players, and on Saturday there will be one of the best teams in the world.

“That is OK, we are ready. I am ready. My team is ready. It will be a battle, we will battle.

“I love English football but I loved it before I arrived in 2000. My style was very similar to English football. Very tough, very strong, every duel and that’s what I want from my players. I want them to play with an honest tackle and sporting but also I want to see the spirit.”

Ranieri once famously said he would buy his Leicester team a pizza if they kept a clean sheet in a match with Stoke, but he is promising to be a little more generous if they can shut Liverpool out.

“No pizza. I pay for dinner if we keep a clean sheet! Pizza is too little,” he said.