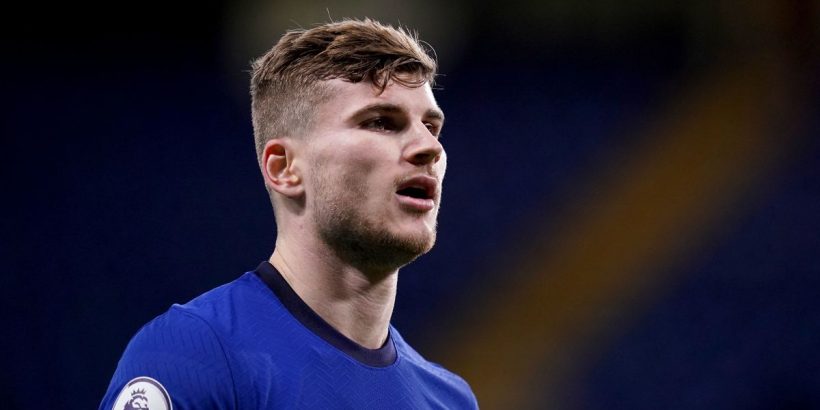 Ashley Cole has leapt to the defence of Timo Werner by claiming the Chelsea striker is "underrated".

Werner has faced his fair share of criticism this season having missed a glut of glaring goalscoring chances since his £53million move last summer.

He has also only managed to find the net just three times for his club since mid-November, and drew another blank in Chelsea's win over Fulham on Saturday.

But former Chelsea defender Cole feels Werner offers a lot more to his side than he is being given credit for.

"But I think the way [Thomas] Tuchel sets up and the way he wants them to play through the lines, combined with the diagonal passes, he's pivotal in that role, running into the space and running into areas where Mason [Mount] can pick the ball up."

While Werner was unable to get on the scoresheet himself against the relegation strugglers, he did provide an assist for teammate and German compatriot Kai Havertz.

In doing so, Werner took his tally for goals and assists to 10 of each for the season – a feat not achieved by a Chelsea player since Eden Hazard in the 2012/13 season.

And ex-Fulham boss Chris Coleman believes there is plenty more to come from Werner next season now he is getting settled to life in England.

"I think he [Werner] is going to score a hatful of goals next season, I really do," Coleman said.

"He’s a constant threat, he’s always running in behind and getting into areas where he can get chances.

"He never shies away. It’s been a tough year for him but he’s shown glimpses of the quality which made Frank Lampard pay the money for him.

"I’ve got a feeling that this boy is going to score a hatful of goals next season. I think he will be a really, really good Chelsea player."