Cologne 2-2 Fortuna Dusseldorf: Anthony Modeste and Jhon Cordoba on target as hosts hit back late on to steal a point against Uwe Rosler’s relegation-threatened side

Late headers by substitute Anthony Modeste and Jhon Cordoba allowed Cologne to salvage a 2-2 home draw against Fortuna Duessledorf in the Bundesliga after Mark Uth had missed a penalty for the hosts on Sunday.

The result put Cologne 10th on 34 points from 27 games while Fortuna stayed 16th on 24 points, three adrift of the safety zone after 15th-placed Mainz had earlier suffered a 5-0 home drubbing by RB Leipzig.

The home side had more possession in the first half but Fortuna always looked more likely to score and Kenan Karaman fired them ahead in the 41st minute with a deflected shot from inside the penalty area. 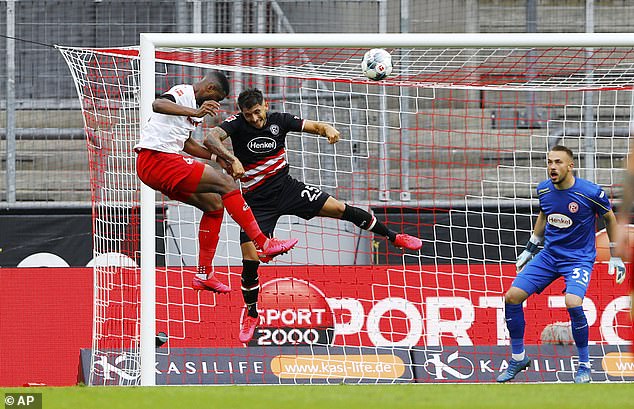 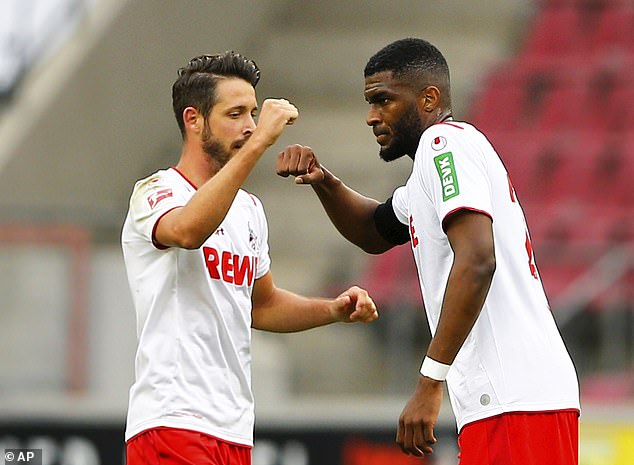 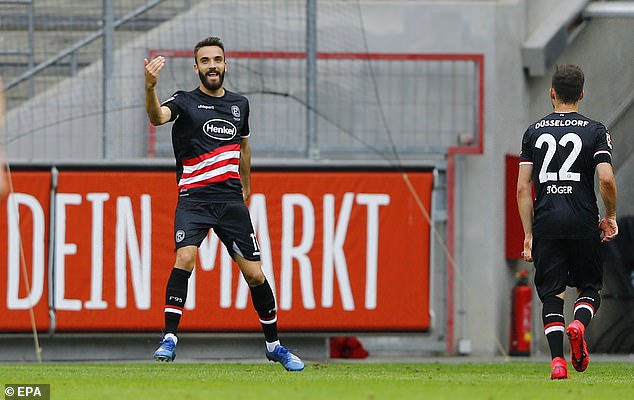 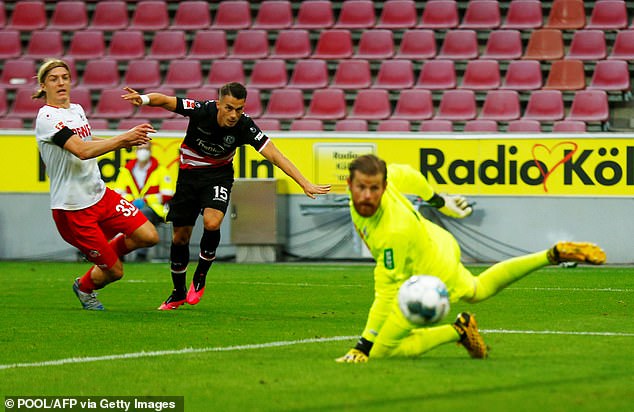 Uth twice hit the post in quick succession and was bundled over in the ensuing goalmouth scramble in the 57th minute, but Fortuna keeper Florian Kastenmeier saved his poor spot kick.

Cologne were punished soon after as Erik Thommy capped a sweeping move with a sweet first-time shot from 13 metres, threading the ball into the far corner beyond keeper Timo Horn.

With the match played behind closed doors in line with COVID-19 precautions, the front rows in the Rhein Energie stadium were decorated with Cologne fan merchandise and the team shirts finally seemed to inspire the hosts late in the game.

Modeste pulled one back in the 88th minute when he rose above his marker to head a cross by substitute Dominick Drexler from the right into the far corner, rekindling their hopes of coming away with something from a drab performance.

With time running out, Drexler floated in another superb cross from the right and Cordoba steered a downward header into the ground and up into the roof of the net in stoppage time. 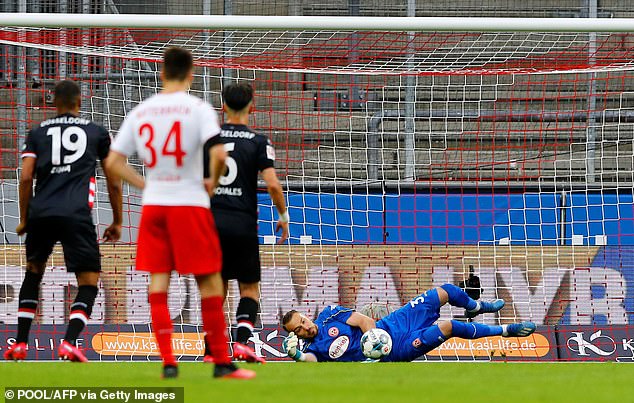 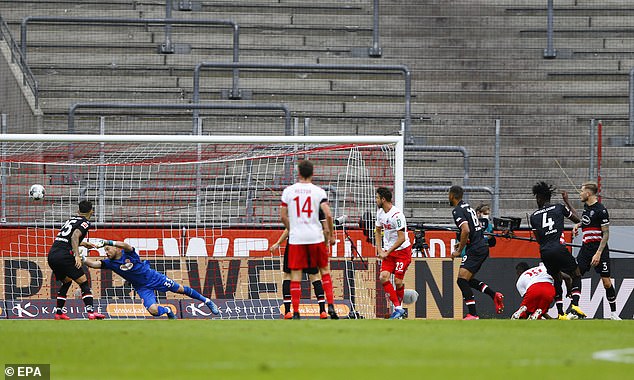 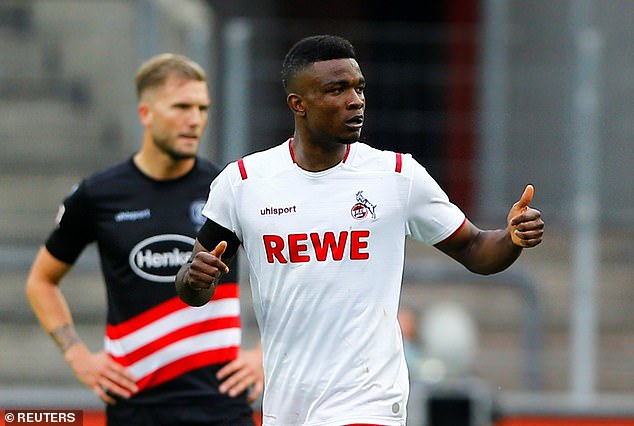 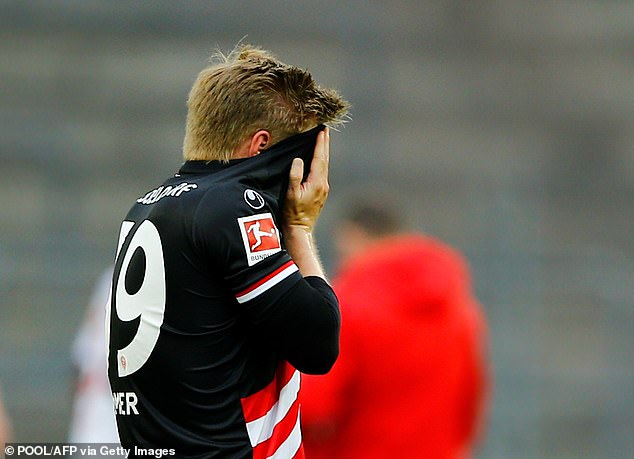