Nick Pope in goal, Dominic Calvert-Lewin leading the attack and as many as four new faces… If Gareth Southgate DOES experiment AGAINST Wales, his England team could have just 20 caps between them!

Gareth Southgate is considering how best to use his extended England squad this week to successfully navigate three international fixtures.

The Three Lions take on Wales on Thursday night in a friendly before playing Belgium and Denmark in two difficult Nations League games.

The England boss will have to rotate his squad over the next seven days to get the best from his squad and keep club managers happy with the workload already mounting in this coronavirus-impacted season. 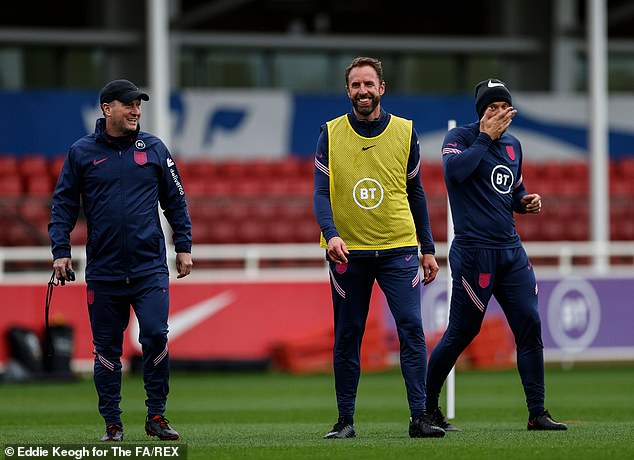 As Sportsmail reported on Wednesday, Southgate is considering handing Nick Pope a start in goal against Wales at Wembley.

Jordan Pickford has kept hold of the No 1 jersey throughout Southgate’s reign so far and did so in the last international break for matches against Iceland and Denmark, despite a shaky start to the season.

But the Everton stoppper did himself no favours last weekend, making another high-profile error to allow Brighton to score in the Toffees’ 4-2 victory at Goodison Park.

Southgate is keen to give both Pope and Manchester United back-up Dean Henderson a chance to impress before next summer’s European Championship. 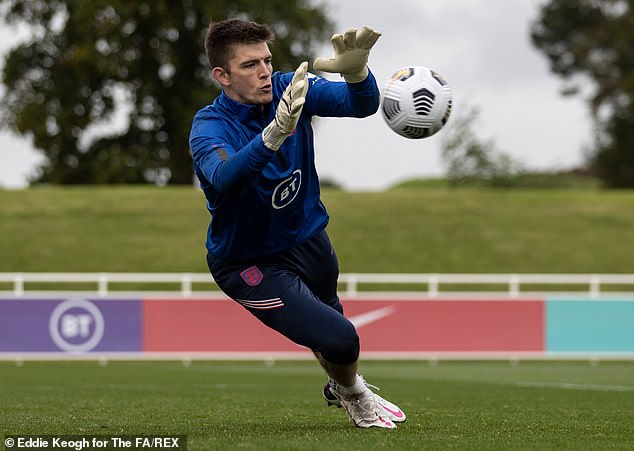 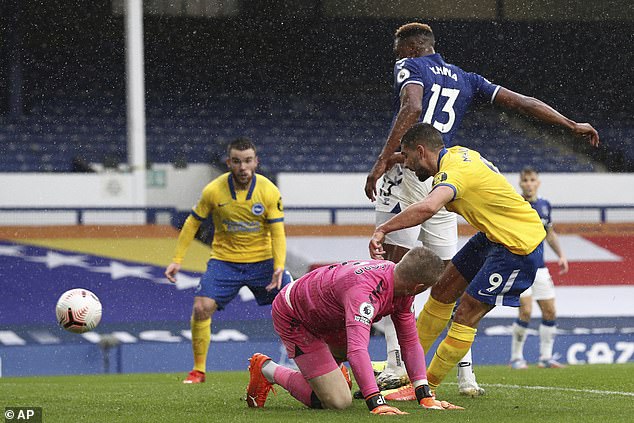 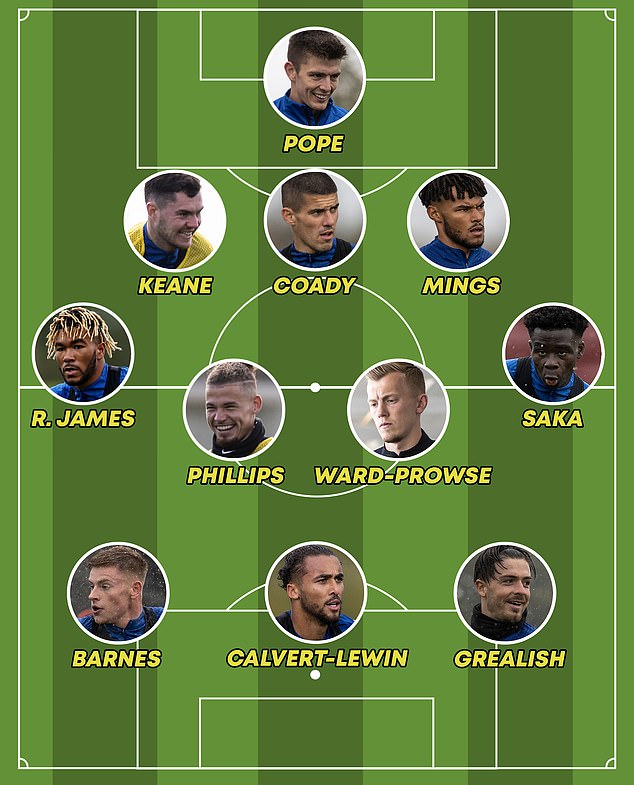 Pope, 28, has been superb for Burnley for a number of seasons now and is expected to finally get his chance against the Welsh.

During his time as England manager, Southgate has switched between four at the back and five and it still doesn’t seem like he has settled on a preferred formation.

Five at the back was used during England’s run to the 2018 World Cup semi-finals but four allows the England manager to get more attacking talent into the team.

Ahead of a tricky clash with Belgium on Sunday night, Southgate may opt to stick with the back five he used last time out in Copenhagen.

The England boss is planning to give some of his inexperienced contingent an opportunity to shine against Ryan Giggs’s side at Wembley and will then play a stronger team against Roberto Martinez’s Belgium.

That could see Chelsea’s Reece James and Arsenal’s Bukayo Saka handed their first senior caps at the wing-back positions. 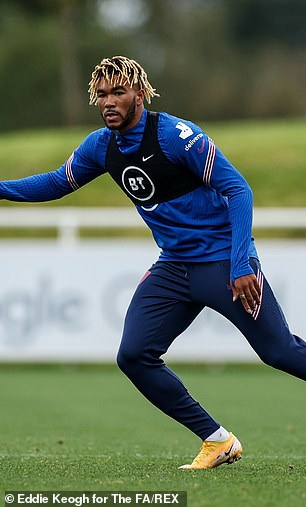 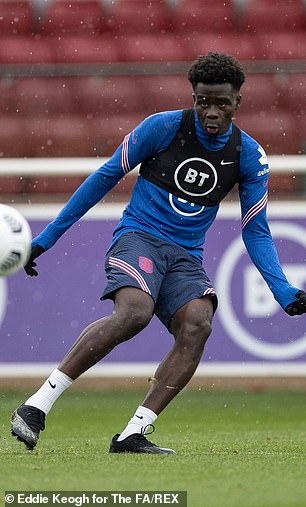 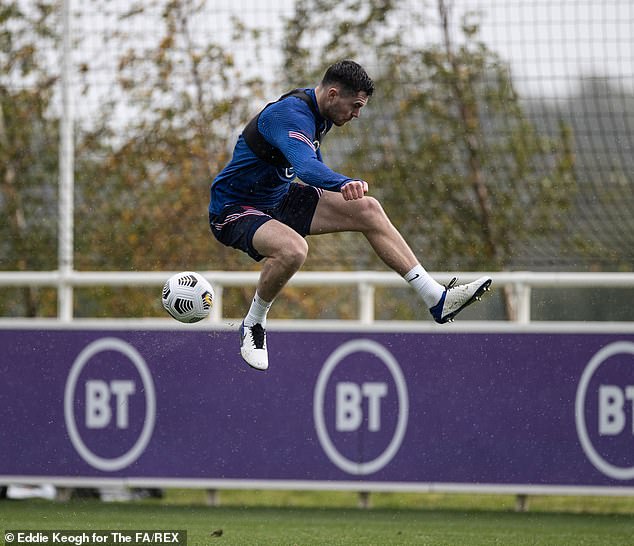 HOW MANY SENIOR ENGLAND CAPS DOES THIS TEAM HAVE?

After breaking into the Chelsea first-team squad last season, James is hoping to nail down a regular place under Frank Lampard. The early signs suggest he is making progress and has started, and played the full 90 minutes, in three of Chelsea’s four Premier League games this season.

On the other flank, Saka is becoming increasingly crucial for the Gunners. He plays a similar position in Mikel Arteta’s 3-4-3 system and has the defensive and attacking talent to be dangerous going both ways.

He also scored in last weekend’s win over Sheffield United, heading in Hector Bellerin’s cross at the back post. Saka could also retain his place for the Belgium game if he impresses after Ben Chilwell, the only recognised left-back in the squad, was prevented from going to St George’s Park after breaking lockdown rules.

With Eric Dier shining in defence in the last international break and both Joe Gomez and Harry Maguire in the squad, a central trio of Conor Coady, Michael Keane and Tyrone Mings is likely against Wales.

Coady deservedly made his senior international debut last time out and has been one of the most consistent defenders in the Premier League since Wolves returned to the top flight under Nuno Espirito Santo.

Keane, meanwhile, has played every minute of all four of Everton’s wins in their flying start to the new Premier League season that has Carlo Ancelotti’s side top of the table with maximum points.

The third man in the central trio could be Aston Villa’s Mings. The 27-year-old was first called up to the squad last season and has kept his place with some impressive performances at club level. 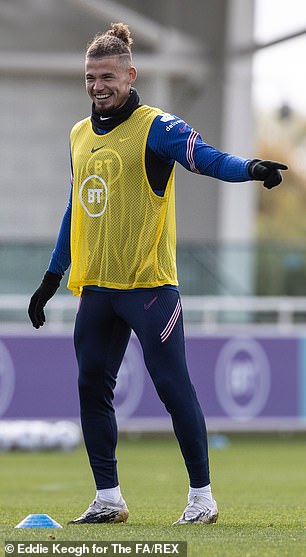 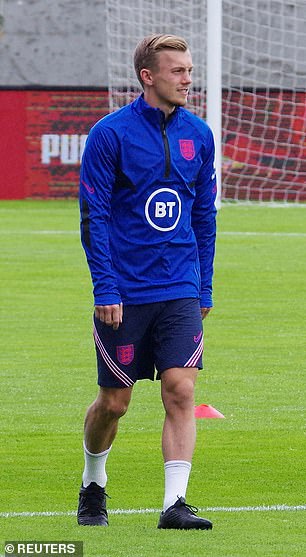 He played in Sunday’s 7-2 win over Premier League champions Liverpool and, being left-footed, brings another dimension to Southgate’s defence.

With Jordan Henderson, Declan Rice and Harry Winks the more likely midfielders to play against Belgium, that leaves Leeds ace Kalvin Phillips and James Ward-Prowse of Southampton likely to start against Wales.

Southgate was watching Phillips when he was in the Championship last season and his seamless adaptation to life in the Premier League won him a call-up last month. He played in the goalless draw against Denmark but showed what he can do at international level with a composed display.

Southampton captain Ward-Prowse started last month’s narrow win over Iceland as a reward for his impressive form at the back end of last season under Ralph Hasenhuttl. 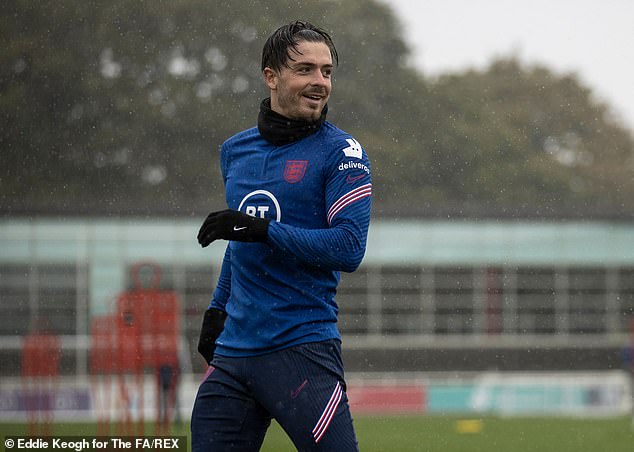 After making his debut last time out, Jack Grealish deserves a start after dismantling Liverpool 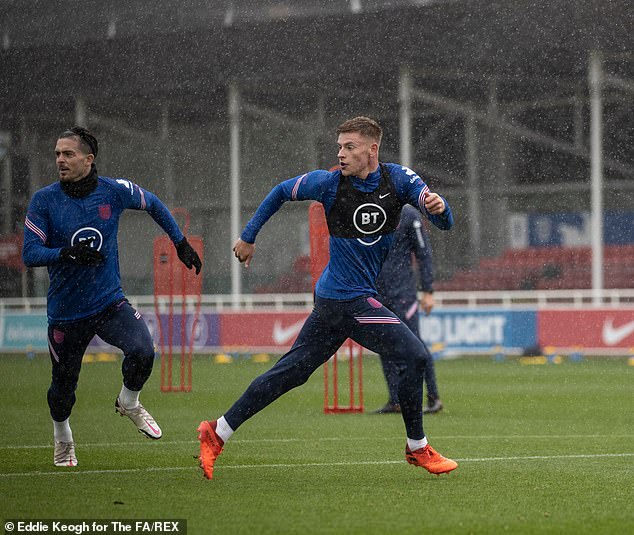 It was a tricky afternoon with Iceland’s defensive line dropping so deep but Ward-Prowse didn’t quite do enough to keep his place against Denmark. The game against Wales presents another opportunity to give Southgate something to think about.

That just leaves the front three and Southgate could unleash two more debutants on Thursday night.

The easiest pick is Dominic Calvert-Lewin. With six goals in four games, and nine goals in six across all competitions, Calvert-Lewin is the joint top scorer in the Premier League alongside Son Heung-min.

The 23-year-old has been in inspired form for Ancelotti’s side and helped himself to another goal in Saturday’s win over Brighton.

Southampton’s Danny Ings probably thought he could be in line for a start on Thursday night but Calvert-Lewin is just too good to leave out at the moment. 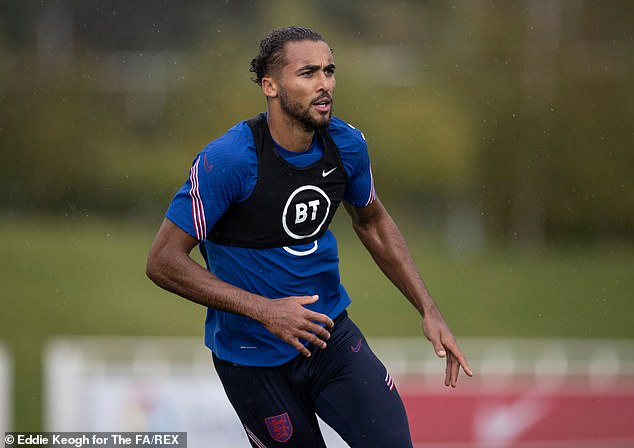 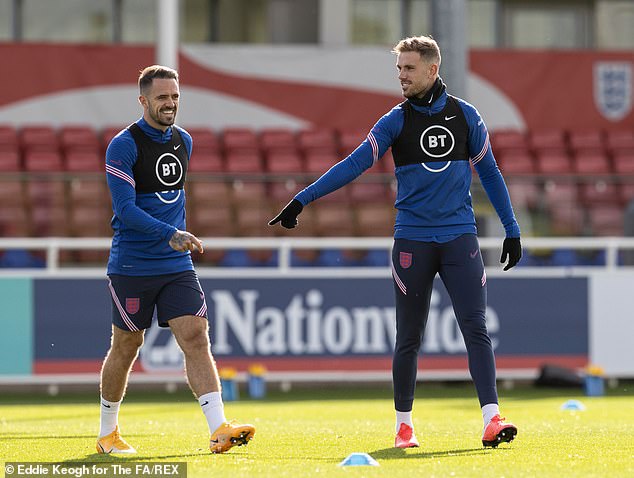 On the left could be Aston Villa’s Jack Grealish. Many were calling for him to be called up long before he was last month and the Aston Villa captain can bring a spark to Southgate’s attack that has been lacking in recent international windows.

On Sunday, Grealish showed exactly what he is capable for. He linked superbly with Ollie Watkins, scored twice and provided three assists in Villa’s destruction of Jurgen Klopp’s side.

Harvey Barnes is an option for Southgate on the other flank. The 22-year-old has been something of an unsung hero in Brendan Rodgers’ successful spell at Leicester so far.

Barnes played 36 times in the Premier League last season as the Foxes narrowly missed out on a place in the Champions League. He has so far played every minute of this campaign, including in the 5-2 win at Manchester City, and has scored one goal and provided an assist.