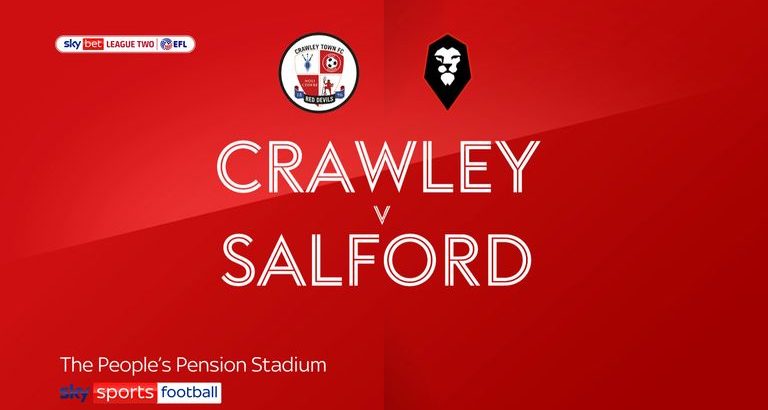 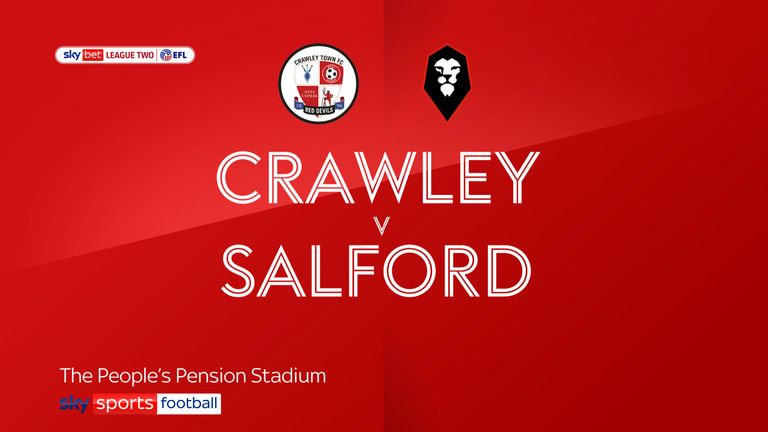 Jake Hessenthaler’s late header gave Crawley their first win of the season as they came from behind to beat Salford 2-1.

Ian Henderson gave the Ammies an early lead, but Salford went down to their first defeat with Ashley Nadesan levelling before the break.

Crawley, unbeaten in four previous league meetings with Salford, suffered an early blow when striker Henderson struck to put the visitors ahead after only seven minutes.

Henderson was in on goal again just before the half hour but veteran goalkeeper Glenn Morris held his attempted flick after Tom Elliott’s assist.

Morris produced a fine double save to deny Conor McAleny and Elliott before Crawley levelled on the counter attack, with Nadesan firing in from 12 yards from George Francomb’s pass.

Tyler Frost could have put the Reds ahead before the interval but blazed over after Nadesan set him up.

Crawley went close after the break when defender Tom Dallison shot into the side-netting before Frost headed Will Ferry’s cross wide at the far post.

But John Yems’ side clinched victory 15 minutes from time when midfielder Hessenthaler headed in a cross from Francomb at the far post.