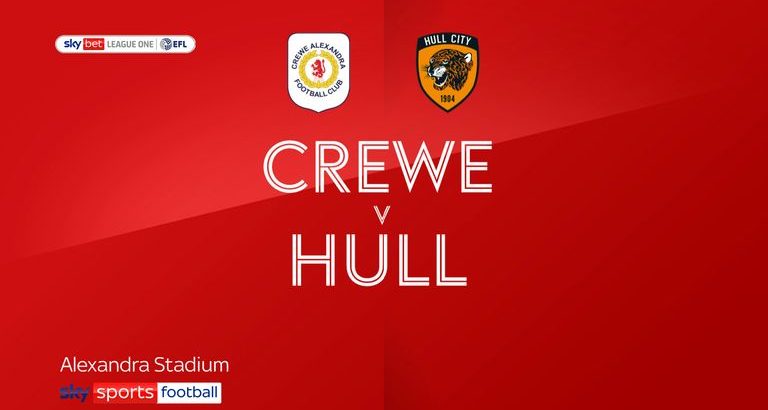 Mallik Wilks struck a stoppage-time winner as leaders Hull came from behind to secure a 2-1 victory at Crewe.

Grant McCann’s side fell behind after 66 minutes when Chris Porter drove home a penalty.

Hull struggled to lay a glove on Crewe before the break with a Tom Eaves header easily dealt with by Will Jaaskelainen.

Keane Lewis-Potter’s shot from the byline then looked to be creeping in before a last-ditch clearance from Alex defender Olly Lancashire diverted the ball past the post.

The sides traded penalties midway through the second period, first when Regan Slater lifted his hand at a loft from Charlie Kirk and veteran Porter stepped up to drive his penalty down the middle.

Hull responded and George Honeyman’s rising drive was tipped over by Jaasakelainen before Callum Ainley’s trip on Callum Elder was punished by substitute Magennis from 12 yards.

The visitors pressed hard for a winner but were denied by Jaaskelainen, who kept out Dan Crowley’s close-range effort.

Donervon Daniels’ deflected effort didn’t miss by much for Crewe but Hull nicked a winner when Wilks’ drive from the right flew in off the far post.