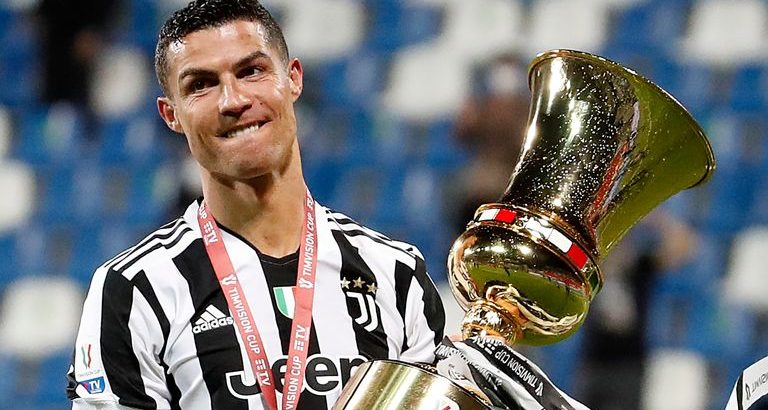 There are no signs Cristiano Ronaldo will leave Juventus, the club’s football director said on Thursday, dismissing speculation that the forward could move this summer.

The 36-year-old’s contract with the Serie A club expires in June 2022, and the club expect him to return to training after a break following Portugal’s Euro 2020 exit.

“We are very happy that Ronaldo will rejoin the team once the rest period after the European Championship is over.”

In May it was reported Ronaldo would hold fresh talks about his future with Juventus in the summer.

The Portugal captain was set to leave the Italian giants if they missed out on qualifying for the Champions League.

Juventus finished fourth in Serie A, after they beat Bologna 4-1 and Napoli dropped points with a 1-1 draw against Verona.

Speaking at a press briefing on Thursday, Juventus chairman Andrea Agnelli added he was “absolutely certain” the club will participate in the 2021-2022 Champions League.