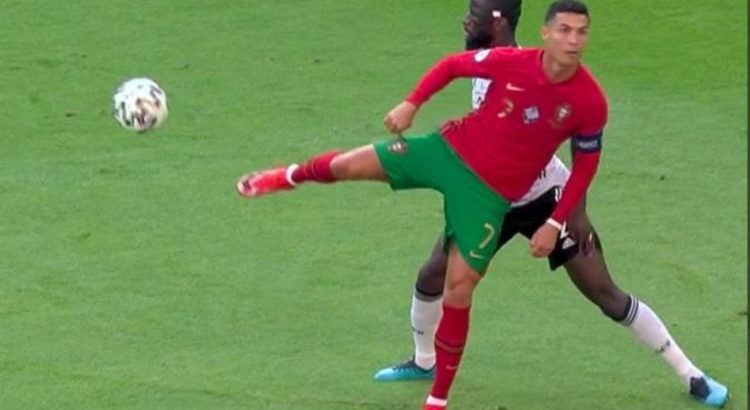 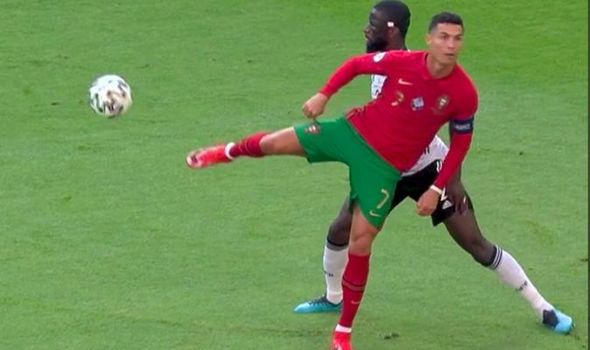 Cristiano Ronaldo may have bagged Portugal’s opening goal but it was another moment involving Antonio Rudiger which sent fans wild on social media. Portugal got off to the perfect start against Germany on Saturday as Ronaldo opened the scoring for the reigning European Champions.

The Juventus superstar won the initial header inside his own box from a Germany corner before sprinting the entire length of the pitch to tap in after Diogo Jota laid it on a plate for the forward.

Ronaldo has adapted his playing style over the years to stay at the top of his game.

But he’s always possessed a bag of tricks which has made him even more of a popular figure among fans.

Ronaldo was often criticised for doing too much during his time at Manchester United before toning it down. 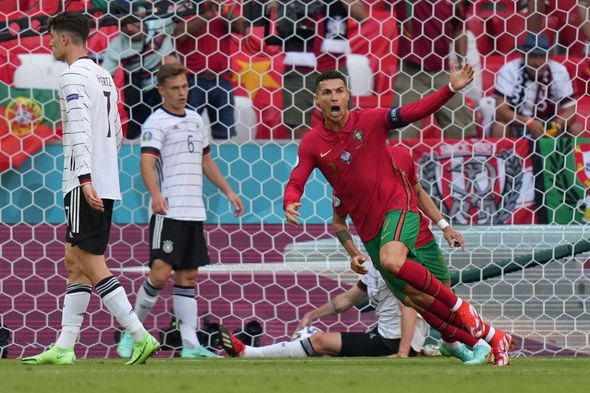 However, the Portuguese icon still remains one of the toughest players to win the ball off with his silky foot work.

And Germany’s Rudiger found out the hard way just how hard it is to take the ball off Ronaldo during the first half of Portugal’s match against Germany.

A long ball was played forward to Ronaldo who plucked it out of thin air just ahead of Rudiger, who desperately tried to stay on his feet to continue battling for the ball.

And then Ronaldo spotted Bruno Fernandes out the corner of his eyes, telling him where to move with the ball still in the air.

Ronaldo then waited for the right moment to execute a cheeky no-look backheel pass straight into the feet of Fernandes.

And the moment soon went viral on social media with dozens of viewers mesmerised by Ronaldo’s trick.

One viewer tweeted: “Ronaldo sending Rudiger back to Chelsea.”