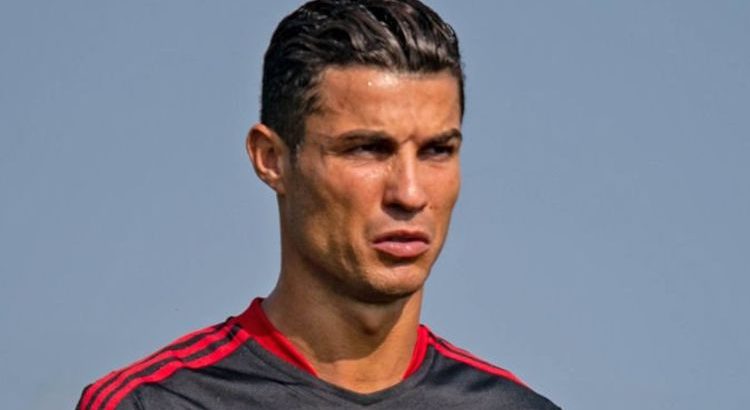 Cristiano Ronaldo is a Manchester United player once again. And it’s certainly possible he’ll have to do an initiation in front of his team-mates, just like he did when he moved to Juventus three years ago. The forward hilariously sung his heart out in 2018, with players giving him encouragement.

Manchester United confirmed just days before the close of the transfer window that Ronaldo was coming back.

And, on deadline day, everything was made official.

It’s only now just beginning to sink in, with the Portugal international training with his new team-mates for the first time on Monday.

In the session, the 36-year-old cut a delighted figure as Ole Gunnar Solskjaer and his coaching staff put him through his paces.

And it’s currently unknown if he’ll have to do an initiation, like he did when he moved to Juventus from Real Madrid in 2018.

The Serie A giants are a prestigious institution – but even they couldn’t resist the chance to see what Ronaldo’s signing is like.

And despite being one of the proudest footballers on the planet, the Portugal international was happy to put himself forward.

In footage that made it’s way onto YouTube, Ronaldo decided to treat his new team-mates to a rendition of ‘A minha Casinha’.

We can’t lie, we’re not overly familiar with the tune. But it was sung by Portuguese rock band Xutos & Pontapes, who appear to have Ronaldo’s backing.

Juventus players clapped and cheered on the veteran as he stood on a chair with the music blasting out of his mobile phone.

And it’ll be interesting to see if the same happens at United.

History suggests it might do, with Aaron Wan-Bissaka and Daniel James having to do the same when they moved in the summer of 2019.

James, who has since left for Leeds United, performed a cover of Uncle Kracker’s ‘Follow Me’.

And Wan-Bissaka opted to perform Nav’s ‘Tap’ instead, before Scott McTominay then put himself forward to sing Bill Withers’ classic ‘Ain’t no sunshine’.

Many United fans still feel it’s strange seeing Ronaldo back in their colours.

And it’d be even more unusual to see Ronaldo get up on stage and belt out some tunes.

“I don’t think we’ll see the Ronaldo of old, you’ll see him passing more, rather than speeding at defenders,” he said.

“And he’s just got that knack of being in the right place at the right time.

“He will be Ole Gunnar Solskjaer’s biggest ally, because he shows everyone else how to do things, how he works, how to live their lives.

“Carlo Ancelotti told that when he managed him at Real Madrid, Ronnie was always first in and last out at training. Not now and then, but every single day.

“All the Academy kids, they should be watching him and soaking up every bit of knowledge they can.”

Ronaldo could make his second United debut against Newcastle on Saturday.

His first appearance for the Red Devils came back in 2003, in a 4-0 hammering of Bolton.