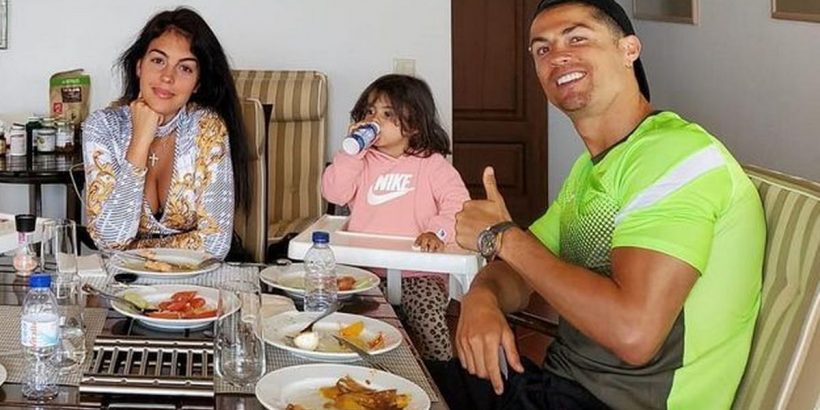 Cristiano Ronaldo's return to Manchester United dominated the final week of the transfer window as he re-signed for the club 12 years after leaving Old Trafford.

He has signed a two-year contract after arriving from Juventus, with United having the option to extend the deal by another year.

If they choose to do this, Ronaldo will remain at the club until he is 40, an age he has previously said he believes he can play until thanks to his diet and fitness regime.

Ronaldo has maintained a seven per cent body fat level with his diet of seven daily meals and litres of water.

The 36-year-old's current diet consists of seven separate meals each day and helps to contribute towards his stunning physique and durability despite his age.

As well as food, Ronaldo reportedly only drinks water and consumes litres of it each day, having made headlines by replacing bottles of Coca-Cola with water in a press conference during the Euros.

His removal of the Coca-Cola bottles from the table in front of the media cause Coca-Cola to lose around $4million worth of stocks.

How old will Cristiano Ronaldo be when he has to retire from football? Let us know your thoughts in the comments section below.

Ronaldo eats a breakfast of cheese and ham combined with a low-fat yogurt each day before following it up with his first lunch of chicken and salad.

His second lunch is generally a dish consisting of tuna, olives, egg and tomato and is followed by a snack of fresh fruit and avocado toast.

Finally, he eats two dinners, the first is swordfish and salad with the second being steak and calamari, which he reportedly eats on a daily basis.

Ronaldo's eating habits and fitness regime have left his team-mates in awe, with former Juventus man Daouda Peeters telling AS earlier this year that it is "Always the same. Broccoli, chicken and rice. With litres of water, and no Coca-Cola, of course.

"Cristiano wants to win always and everywhere. I went to the gym for a while and, of course, Cristiano was also there. I was impressed.

"Cristiano has the perfect body for a footballer. Although I am also quite muscular, that day I thought; there's still work to be done. But hey, he's been doing it maniacally for so many years."