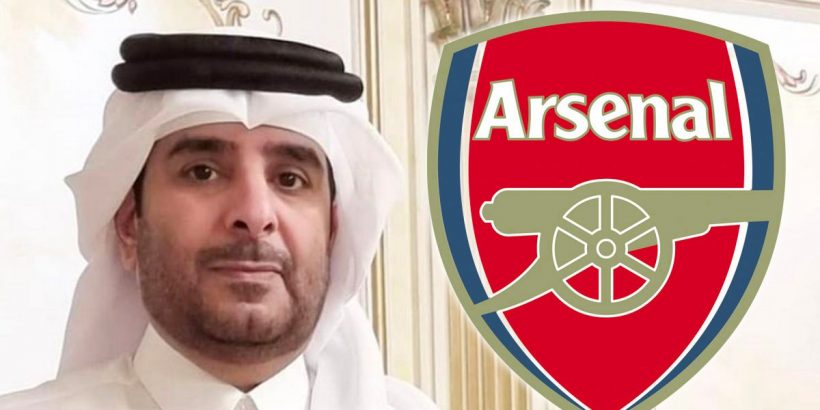 Join the Secret Elves to get first access to our exclusive reviews of the must-have products this year.

Arsenal fans are beginning to speculate about a potentially monumental takeover by the Qatari Royal Family after a cryptic tweet earlier this week.

Sheikh Khalifa bin Hamad Al-Thani, the former president of the Qatari side Al Arabi, and current member of the ruling royal family of Qatar got supporters talking when he posted a picture of the Arsenal badge with the caption: "The rest of the time.. 7 months."

Another tweet earlier in the day read: "I think it's time to sell. The situation is getting worse than bad. London red."

Kuwaiti newspaper Alqabas has since reported that the Sports Investment Authority in Qatar is keen to add a Premier League team to their ranks.

Qatar already have a huge influence over European football after the purchase of PSG.

The French giants now boast arguably the best squad in the game after the acquisition of Lionel Messi from Barcelona.

And just days before the Argentinian signed for PSG, Al-Thani tweeted: "Negotiations are officially concluded. And announce later."

Arsenal fans are now suddenly dreaming of a potential takeover after the social media messages earlier this week.

"All I want for Christmas is for that Qatar royal family to buy Arsenal. Pleaseeeee," one fan said.

"Arsene Wenger went to Qatar and convinced them to buy Arsenal my manager," another added.

"Qatar investment would be amazing to Arsenal," a third wrote.

Al-Thani is no stranger to tweeting about football, and earlier this week he posted a gif of Mohamed Salah scoring for Liverpool, with the caption: "The best Arab professional in the history of European leagues."

Al-Thani has also used his Twitter to take a swipe at Gareth Bale in recent weeks.

The Real Madrid attacker looks set to stay at the Bernabeu under Carlo Ancelotti.

But Al-Thani has urged the Spanish side to meet PSG's demands for Kylian Mbappe if they want any chance of luring him across Europe.

"If you agree to the specified price.. contact us.. Or complete the season with the golfer," he tweeted.