When the sucker punch came, Roy Hodgson directed a vicious one of his own at the empty seat next to him. If only Christian Benteke or Joel Ward had shown the same sense of purpose and ruthlessness in the two moments that turned this match.

Each of them have fingerprints on how this win for Crystal Palace became a draw and each will wonder what exactly went wrong, just like the rest of us.

The Benteke error was easier to understand, if only because it is all so familiar. His personal struggle has become a collective anxiety now, to the extent that you fear for the poor soul when he finds himself in shooting positions, such are the doubts that become clear to the naked eye. 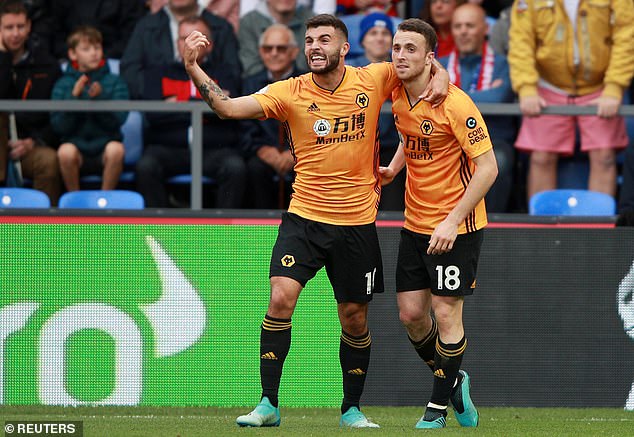 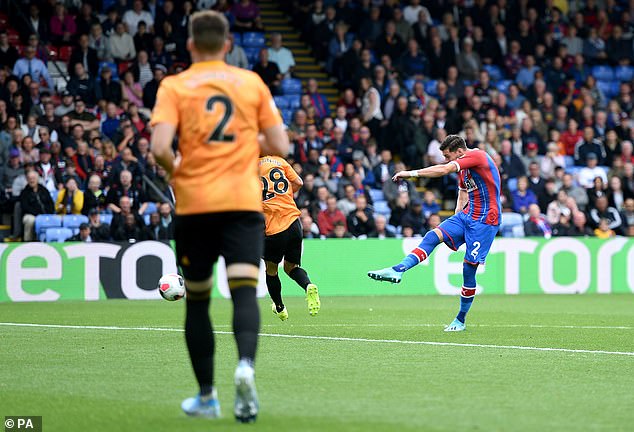 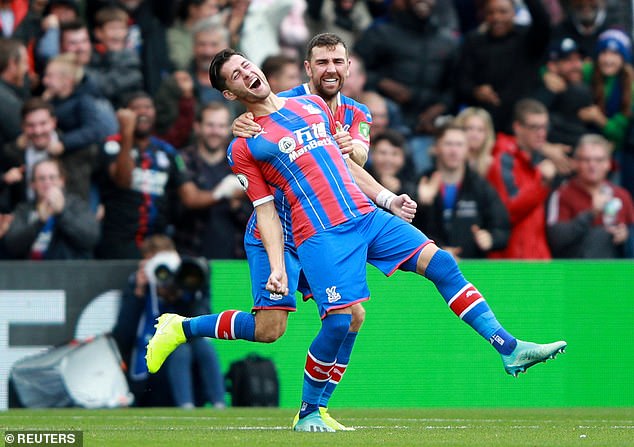 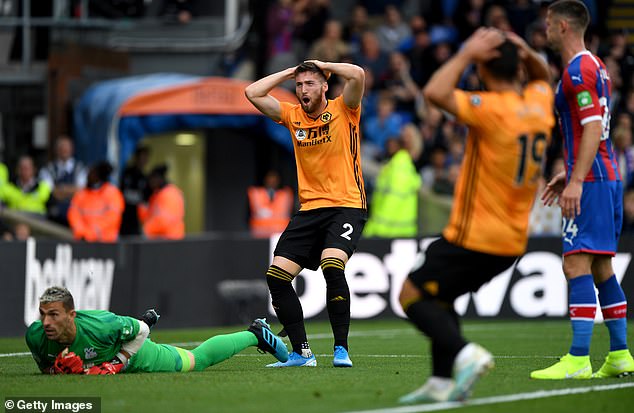 In this instance, the moment occurred late in the second half, with Palace 1-0 ahead through Leander Dendoncker’s own goal. Credit to Benteke, he made the chance. He showed composure and a good touch to create the one-on-one and then it all left him as he fluffed the shot. With four goals in 54 Premier League games, you have to wonder how such an effective striker became so muddled in his primary function.

Palace will ponder that. But perhaps they will mull more over the goal that got Wolves a point, given the cross from Adama Traore was dipping low and directly into the path of Ward at the back post. For a second he appeared to be positioning himself to clear with a diving header and then he sort of just fell. Odd. That allowed the ball to travel to Diego Jota behind him and with a touch and finish, Wolves were saved with the last act of the match.

A big moment for both clubs, but bigger for Wolves. Having worked so hard to make Wolves one of the bigger fish in the tank, Nuno Espirito Santo and his side have been floating in a rather troubling way this season. The toilet will not be far away at this rate, but a point is better than none, even if their winless run of six is the worst of Santo’s reign.

It’s the Europa League’s fault, of course. We know that. Everyone knows that. Nothing wrecks stable homes quite like it – Burnley and Everton are at the recent end of a long list.

And yet that is the burden of success and this season it has been Wolves’s problem. Their riddle to solve. The issue is that they have little to no idea how.

The workload is too great, obviously – this was their 13th game of the season. To think, last season their manager kept the same side for the first nine games and had a brilliantly tight defence. This season he has used 17 different starters and for this game made four changes to the team beaten by Braga in midweek. The defence has suddenly become one of the bigger weaknesses.

He needs to sort it and soon because the numbers are looking ugly, just like this match was for all concerned for large periods.

The first half was dire, barring one excellent save by Palace’s Vicente Guaita from a Matt Doherty header on the half hour. It was a lovely intervention, nice on the eye in the dive and perfect in the execution of rerouting the shot over the bar. The rest of half? Dull on the eye and dull in every other regard.

On balance, Wolves shaded it. Leander Dendoncker drew a goal-saving block from James McArthur on 10 minutes and in addition they had the Doherty header and a Diogo Jota strike that went too close to Guaita. That was it, and yet it was more than Palace, who in a slender patch in the middle of the period had two opportunities that could only generously be considered as chances.

In the first instance, Wilfried Zaha caused a brief panic by out-running Willy Boly across the Wolves area before being tackled by Romain Saiss in the blink before getting his shot off. A moment later Jordan Ayew headed straight into the arms of Rui Patricio. Slim pickings.

If there was anything of encouragement for Palace at that point, it was that Zaha was showing signs of life. Before this match, the only excitement he has caused this season had come from comments he claims were misinterpreted about his team-mates needing to pull their weight. In this fixture, he briefly shone, both with that interrupted run and then with a twist that dropped Boly. Better than nothing.

Thank goodness, then, for new beginnings and the second half, which had only been running a minute when Palace scored. As so often this season, Santo will question how his defence allowed it to happen, given the ease with which Jeffrey Schlupp was allowed to beat two men down the left. That phase of the attack broke down with the delivery but Wolves were then too slow to close down the touches taken by Cheikhou Kouyate, James McArthur and Joel Ward, who ultimately fired the shot. It deflected heavily off Dendoncker and then Patricio’s shins before crossing.

Zaha then drew a save and, more tellingly, a red card shortly afterwards. Saiss had already been booked for one foul on the forward and then clipped him for a second yellow as he skipped past him on a run down the right flank. Tottenham had fouled Zaha repeatedly throughout the previous fixture and appeared to have the sense in that context to rotate the strike; Saiss was clumsy to get involved when he was carrying a booking.

Benteke was blocked by Patricio when faced with an excellent chance for 2-0 and that, ultimately, was vital. Jota got the leveller and a chair took a beating.