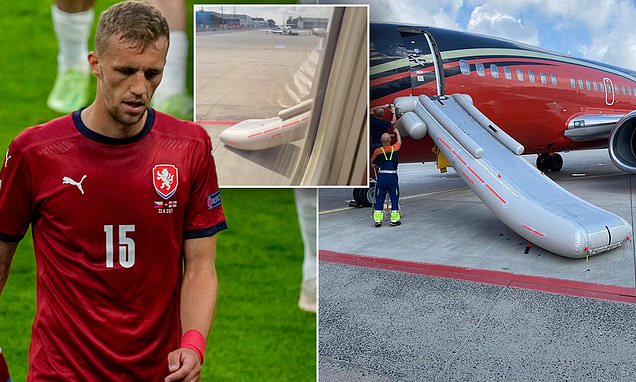 The Czech Republic have come to a bizarre roadblock in their preparations for the last-16, having to disembark their plane to Budapest after its door couldn’t close.

Having finished second to England in Group D, the Czech team face a table-topping side in Holland in the second round, due to kick-off at 5pm UK time in the Puskas Arena on Sunday.

West Ham’s Tomas Soucek and Co were due to train on the Hungarian national stadium’s pitch on Saturday, but instead have been forced to continue their preparations in Prague before flying out in the evening. 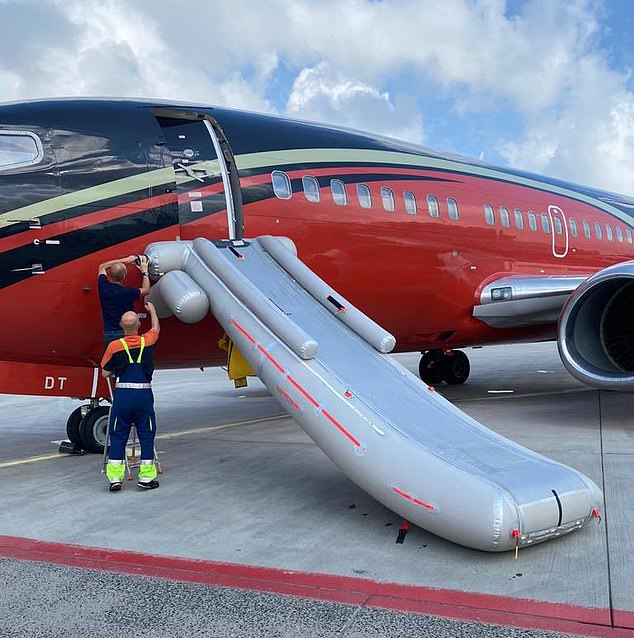 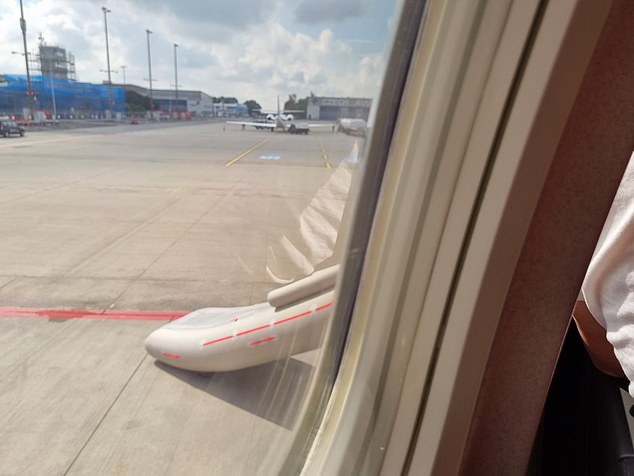 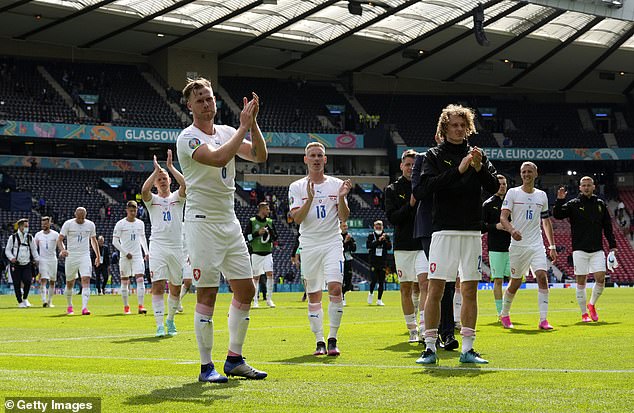 The Czech squad have been flying between matches on a private plane this summer, but they were grounded when the inflatable emergency slide was accidentally deployed.

‘I experienced flight delays, relocations, even cancellations due to coronavirus. But not flying away due to an accidentally inflated slide, this is the first time,’ midfielder Alex Kral wrote on Twitter.

The squad’s official also posted, saying: ‘The Czech national team will practice in Prague contrary to the original plans due to the technical issues of the plane and will travel to Budapest later in the early evening today.’ 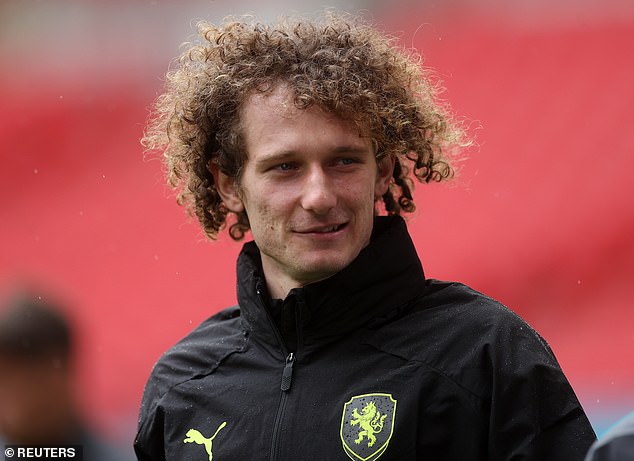 Alex Kral was among those who had to disembark, as the midfielder saw the funny side of it 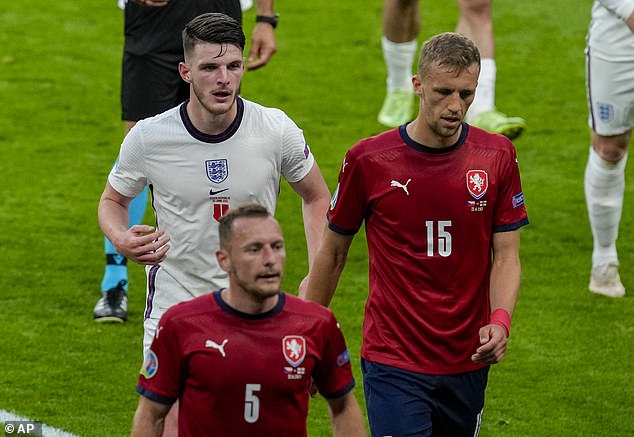 Meanwhile, supporters travelling commercially are pouring towards the 67,000-seater Puskas Arena, with the stadium among those allowed to welcome capacity crowds.

The Czechs will be the underdogs when they face-off with Holland, who topped their group with three victories from three games.

However, ITV pundit Patrick Vieira who have doubted the Dutch at this tournament, admitted he has doubts they will be a major player this summer.