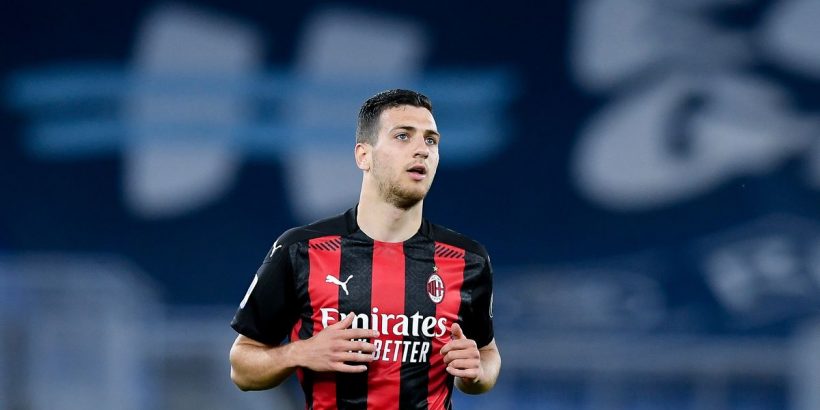 Diogo Dalot wants to leave Manchester United and join AC Milan on a permanent basis, according to reports in Italy.

The defender has spent the year on loan at the San Siro having fallen down the pecking order at the Red Devils.

His loan is due to expire but he has had signalled his desire to remain in Italy.

The question will now be whether United are willing to sell and how much they'll be looking to gain from any sale.

Calcio Mercato report that no pre-arranged fee has been agreed but Dalot expected to cost Milan between €10m and €15m.

The Rossoneri could yet agree another loan deal for next season with a purchase option already negotiated.

Dalot has faced plenty of criticism in the Italian media this season and it appeared earlier this term that he was destined to return to Manchester.

Several improved showings have been to his benefit however with Milan still eyeing a spot in next season's Champions League.

The 22-year-old was signed by former United boss Jose Mourinho in his final summer, but has had been unable to regularly perform.

As a result the English club are set to take a hit on a player who cost them £19m.

Aaron Wan-Bissaka has been United's first choice right-back ever since he was signed from Crystal Palace in 2019.

That said Dalot's departure could force Ole Gunnar Solskjaer to bolster his options at right-back.

Kieran Tripper has been touted as a possible signing but he looks set to trigger a clause in his Atletico Madrid contract.

The Englishman's deal expires in 2022 but should he make 20 appearances this term his contract will be extended by a further 12 months.

AS understands that PSG are also keen on the right-back.