Stoke’s Danny Batth says he is encouraged by the number of British South Asian players at different levels of football but admits he is desperate to see more youngsters from the community break into the game.

There were 15 footballers from South Asian backgrounds with professional contracts playing across England’s four divisions at the end of the 2019-20 season.

Ex-Wolves captain Batth is the most senior among them, alongside Neil Taylor, who Sky Sports News exclusively revealed is attracting interest from clubs in the Turkish SuperLig, with his Aston Villa contract set to expire at the end of the season.

Batth, who helped Stoke end their season on a high with a clean sheet in a 2-0 win at Bournemouth last weekend, is optimistic about the future for British South Asian players at the game’s elite level.

“I’m [emotionally] invested in it and I want to see young players from Asian backgrounds do well,” he told Sky Sports.

“I think there are more players coming through. I think being around academies, seeing academy football, you see more Asian players playing now, which is obviously promising for the top end of the game.

“The numbers [15 professionally contracted players] are promising definitely. I don’t know what the [exact] numbers are for academy involvement but I would say that’s probably going to be reflected in the academies as well.

“Obviously it is not as many as people would like to see – myself included – but it is promising and hopefully that continues to grow. We’re all in the same boat, we all want to see those numbers increase.”

Meanwhile, Tottenham’s Dilan Markanday is one of six players shortlisted for April’s Premier League 2 Player of the Month award.

The attacking midfielder scored two goals and contributed two assists in three games for Spurs’ U23s last month, including a goal and an assist in an emphatic 4-1 win over Liverpool U23s at the Tottenham Hotspur Stadium.

👏 Dilan Markanday has been shortlisted for April’s Premier League 2 Player of the Month award.#THFC ⚪️ #COYS

Markanday was an unused substitute in the first team’s 4-0 win over Austrian side Wolfsberger AC under Jose Mourinho in the Europa League in February.

The 19-year-old north Londoner made history when he rounded off the scoring for the U18s in a 3-1 win over Southampton’s youngsters in March 2019 in the very first game at the Tottenham Hotspur Stadium.

Arjan Raikhy is set to feature in Aston Villa’s FA Youth Cup semi-final match with West Brom on Friday night. Villa will meet either Liverpool or Ipswich in the final if they come through the last-four tie at Villa Park.

Raikhy has been in fine form for the U18s in the competition, chipping in with three assists in three FA Youth Cup games this season.

The exciting midfielder has also appeared in nine Premier League 2 matches for the U23s this term, grabbing an assist in a 2-1 win at Newcastle last week.

Raikhy made his senior Villa debut just 10 weeks after his 18th birthday when he was part of a youthful side that lost to Liverpool in the third round of the FA Cup in January. 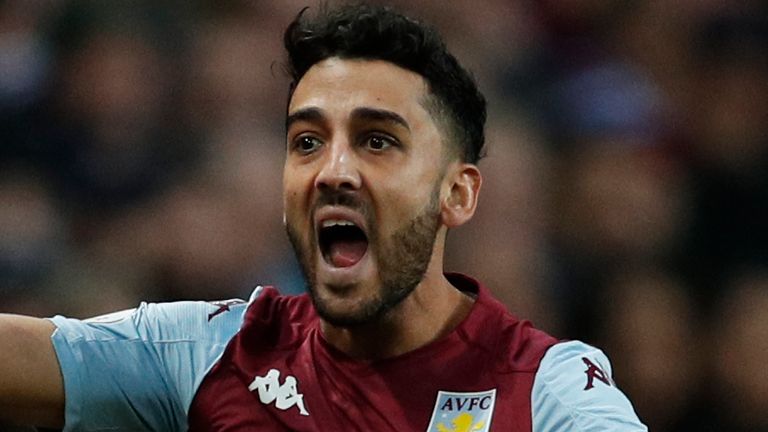 The 32-year-old’s contract at Villa Park expires this summer and he is free to speak to foreign clubs.

Villa have not ruled out offering him new terms but prefer to wait until the end of the season to make decisions on the futures of their players.

Taylor has made just one Premier League appearance this season and three more in the Carabao Cup, and Villa are said to be looking in the market for a new left-back this summer.

Several clubs in Saudi Arabia and Qatar are also monitoring Taylor’s situation – and the Wales international is understood to be keen to explore his options abroad. Trabzonspor are also thought to be interested in the defender, whose mother is from the state of Bengal in North-East India.