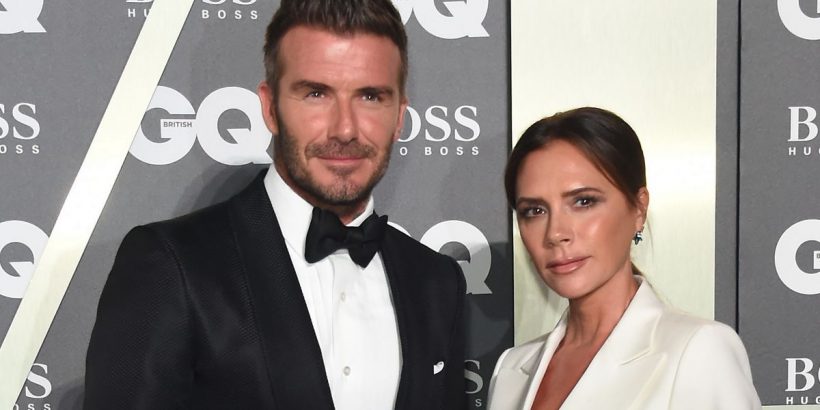 Ex-Leeds and England fullback Danny Mills has told how he received a “bizarre” invite from David and Victoria Beckham at their “Beckingham Palace” mansion for a pre-World Cup party in 2002 – where the dress code was white tie and diamonds.

Mills, who played at the World Cup In Japan and South Korea, received a fancy letter from the Beckhams that he has kept to this day – where David and Beckham refer to their home as Beckingham Palace.

“This letter comes through and it’s all proper fancy, parchment paper and this, that and the other, with little ribbons,” Mills told the Undr the Cosh podcast.

“David and Victoria would like to invite you to their house for a pre-World Cup party at Beckingham Palace, dress code is white tie and diamonds.

“What the f*** is white tie and diamonds? I didn’t even know what black tie was at the time.

“I spoke to (teammate Southgate) Gareth who said he’s not doing it, not for him and I said I get it, I don’t think I’ll bother either, I’ve got kids. Then the Mrs was: We are going.

“I had to find out what white tie and diamonds was.”

Mills headed to the party before the squad was due to fly out to the Far East and they were kitted out with designer luggage.

“We go off to Beckingham Palace. I’ve still got the thing (invite) in the house, bizarre, because it is that unique, David and Victoria request your presence sort of thing,” he said.

“So we go down and that night we are given all the gear and because of Becks it is all Paul Smith stuff, Paul Smith luggage etc. A huge suitcase, briefcase, 20 bags, all Paul Smith, brown leather stuff, all these details.

“Everyone has a little England badge in the corner and a number. Mine was number two, I’m thinking number two? I’ve only started one game for England at this point.”

Mills thought this could be a sign that he would be a starter at the World Cup.

“You arrive at the hotel and the squad doesn’t meet up officially until the next day but obviously you go to your room and all your gear is in your room ready. I was number two, I was thinking I may have half a chance here,” he said.

“I then go off to the party, it’s ridiculous, Elton John, Joan Collins, Mick Hucknell.

“We are sat at the back, three lads have got tables, all Japanese stuff (the food).

"There must be a thousand people and we have three tables at the back supposedly for the players. In front of me Steps, a table to the side was Ray Winston, look how far back they are!

"Then you go further forward and you have Natalie Imbruglia, the Spice Girls and everyone else. I was just sat there thinking what the f*** is going on.

“I had two little ones, my daughter’s one and my lad’s three. There was a marquee for the kids. This was like the best party, there were magicians, ball pools, bouncy castles.

“In all fairness I spent half the time on the bouncy castles with the kids because it clearly wasn’t for us this party, it was surreal.”