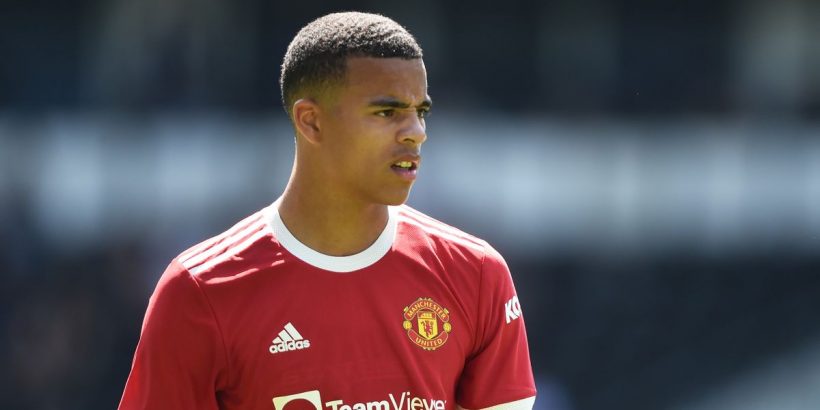 Ronaldo sealed an earth-shattering return to Old Trafford earlier this week, snubbing interest from neighbours Manchester City to re-sign for the Red Devils 12 years after departing for Real Madrid.

Despite being 36 years of age, he remains one of the best forwards on the planet and is expected to boost United's chances of winning the Premier League title this season.

However, Murphy believes one of the only negatives in the Portugal captain's return is the effect it could have on academy graduate Greenwood.

The 19-year-old has shown plenty of promise in recent seasons, registering 29 goals in 101 appearances for United over the past two seasons.

He has also hit the ground running this term, bagging three goals in as many games under Ole Gunnar Solskjaer.

But Murphy is concerned that his progress could be thwarted with Ronaldo back in town.

Do you share Danny Murphy's concern about Mason Greenwood? Let us know in the comments section below.

When speaking about Greenwood on talkSPORT, the former Liverpool midfielder said: "He's got that natural knack [of scoring goals], you can see how natural it is.

"He doesn't have to think. He scores goals effortlessly on both feet.

"But my concern for him is the signing of Ronaldo.

"I don't want to put a dampener on it because I'm as excited to see Ronaldo play in the Premier League again as anybody. I love watching the best players play and it's going to be fascinating to see how he fits into the team and how he builds relationships with the likes of [Bruno] Fernandes and [Jadon] Sancho. Of course we're all going to enjoy watching that.

"But I think Greenwood, although he's played on the right and scored goals on the right, I think he's a centre-forward.

"And with [Edinson] Cavani still there, because I thought he might go when Ronaldo signed and get a last-minute deal somewhere, getting the minutes in that position to learn that position and evolve in that role as a nine is going to be limited for him."